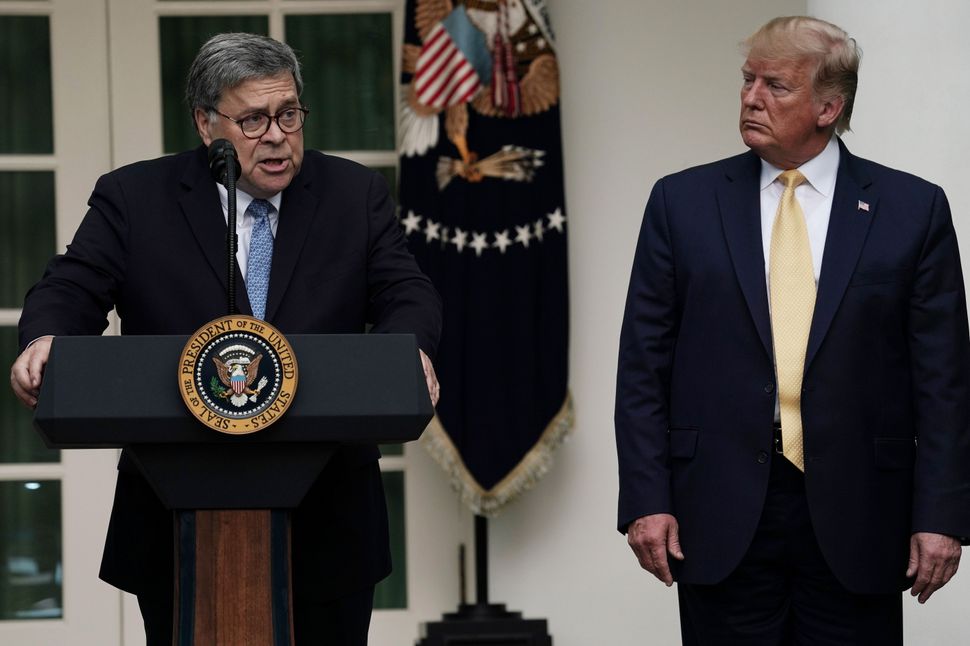 The letter said that the blog post came from the website VDARE, a white nationalist online haven that has promoted anti-Semitic conspiracy theories and “human biodiversity,” a euphemistic name for pseudoscientific race theories that suggest that certain racial groups are superior to others.

The email in which the blog post was linked was part of a regular newsletter of stories about the courts are sent to DOJ employees.

The blog post, like many other posts on VDARE, refers to judges as “kritarchs,” a reference to the “kritarchy” of Ancient Israel, when a system of judges ruled a loosely confederated group of tribes in what is now modern-day Israel-Palestine.

In VDARE’s context, it is a pejorative term for supposed judicial overreach, suggesting that U.S. federal judges unlawfully use their positions to enforce bad or immoral laws — often laws that promote racial integration or immigration. Take this headline from March, for example: “Kritarch Declares Aliens Outside The Country Have Right To Join Illegal Alien Family Members In USA.” Or this, from 2004: “Fifty Years Of Brown: The Age Of Kritarchy.”

The term is not itself anti-Semitic, but in the letter sent by the judge’s union, the union’s chief, Ashley Tabaddor, suggested that it was no accident that VDARE uses the term to accuse judges of immoral misuse of power.

“VDare’s use of the term in a pejorative manner casts Jewish history in a negative light as an Anti-Semitic trope of Jews seeking power and control,” Tabaddor said.