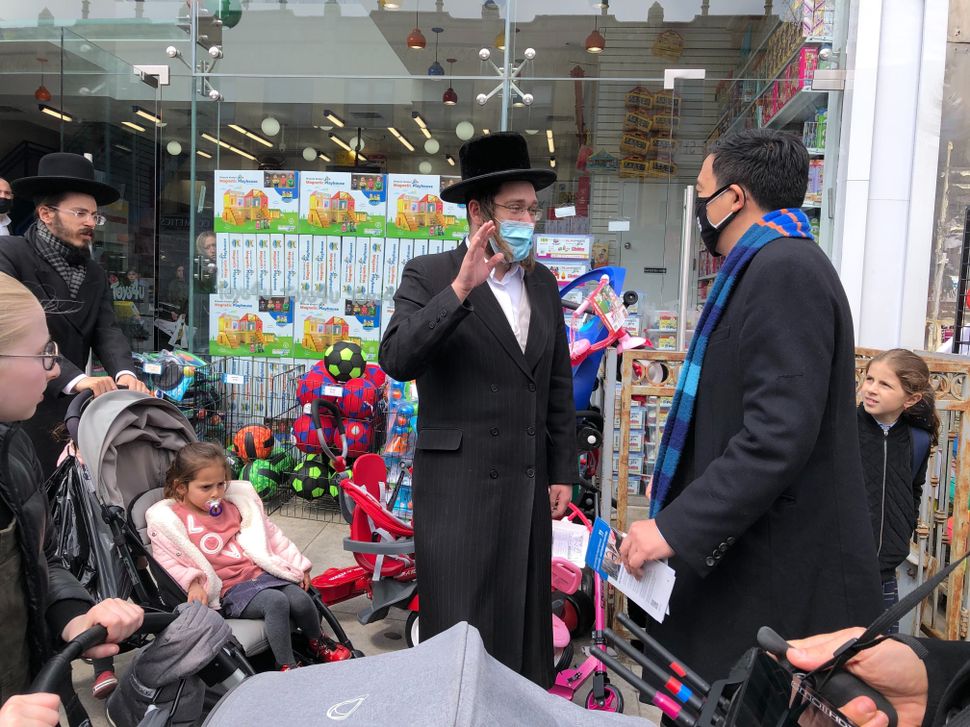 Leading Hasidic sects in Brooklyn’s Borough Park neighborhood have endorsed Andrew Yang in New York City’s mayoral race, locking up a major voting bloc for the former Democratic presidential candidate as he tries to build a coalition that could propel him to City Hall.

The endorsement is expected to run as a full-page ad in Yiddish-language weekly newspapers this weekend, signed by a coalition of Orthodox congregations calling itself “Borough Park United” that includes the Bobov, Belz, Satmar, Sanz-Klausenburg, and Pupa sects, who historically have been an influential voting bloc in local elections.

The statement, obtained by the Forward, reads: “After seriously considering the policies and the capabilities of the current candidates, and what’s the in the best interest of our community, we are endorsing the popular and energetic candidate, businessman and former presidential candidate Andrew Yang for mayor in the Democratic primary.”

Yang, who polls show as the frontrunner in the crowded June primaries, has aggressively courted the city’s Orthodox Jews in recent months. He defended the yeshiva education system, took a bold stance labeling the Boycott, Divestment and Sanctions movement as antisemitic and hired a member of the Hasidic community as his campaign’s Jewish outreach director. The candidate recently visited Borough Park for a campaign ad video shoot and met in private with community leaders.

Several other contenders have also invested time and effort courting leaders and campaigning in the Orthodox neighborhoods. They include Eric Adams, Brooklyn’s borough president, who has long-time relationships with the community and has generally been second to Yang in recent polls; Ray McGuire, a former Citigroup executive; and Scott Stringer, the city’s comptroller, who has also been in the top three in several recent polls.

The Orthodox coalition said Yang “stood out as the strongest candidate with a clear understanding to fight for and protect the religious rights of the Orthodox community, despite the attacks coming his way.”

In a recent interview with the Forward, Yang, whose parents immigrated to Westchester County, N.Y., from Taiwan said that he feels some real commonalities with the Jewish community.

“If you grow up as the child of immigrants, and the only person in your ethnic group in a particular area, I think you can’t help but feel commonality with people who are marginalized or even victimized,” he said. “You don’t really forget those experiences. They are kind of imprinted into who you are.”