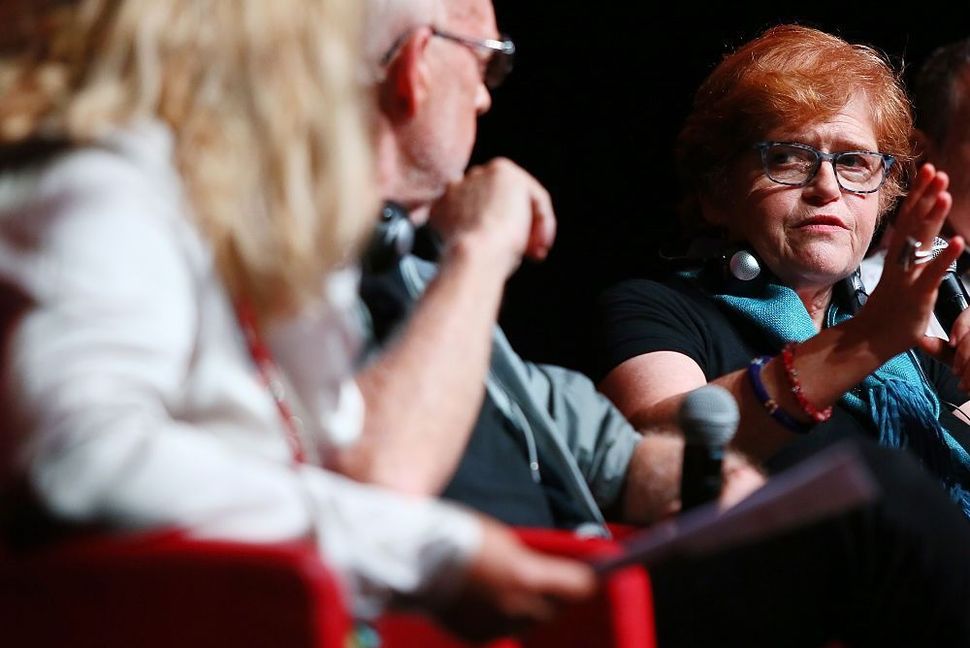 This story was updated on Feb. 1 to reflect new developments.

More than six months after President Joe Biden nominated Deborah E. Lipstadt to be his global ambassador on antisemitism, the Senate Foreign Relations committee scheduled her confirmation hearing for Feb. 8.

“I am grateful and pleased,” Lipstadt, a renowned Holocaust historian and professor at Emory University, tweeted in response. “So much to do…but good people to do it with…pending confirmation of course.”

Jewish groups urged the Senate to swiftly confirm Lipstadt. “Jewish communities at home and around the world need an advocate and watchdog at the State Department to take action against the rising tide of antisemitism, and we look forward to a speedy confirmation,” Elana Broitman, senior vice president of public affairs at the Jewish Federations of North America, said in a statement.

“Dr. Lipstadt should have been in this role right after President Biden announced her nomination, 186 days ago,” added Halie Soifer, chief executive of the Jewish Democratic Council of America.

Lipstadt’s confirmation as the State Department’s special envoy to monitor and combat antisemitism has been one of hundreds of Biden appointments stuck in political limbo.

Sen. Ron Johnson, a Republican from Wisconsin, had sought clarification of a tweet in which Lipstadt accused him of white supremacy for a comment he made about the Jan. 6 riot at the Capitol. But Johnson lifted his hold as he announced his reelection bid last month, and the recent hostage-taking at a Texas synagogue by a British citizen intensified pressure to fill the antisemitism role.

A group of 96 Jewish Federations and Community Relations Councils across the country sent a letter to the leaders of the Senate Foreign Relations Committee on Monday, calling for a hearing without delay.

“This latest, horrific attack makes clear that the Senate must expeditiously confirm this position so that America’s diplomatic corps has an able leader to combat the global threat of antisemitism,” the letter reads.

The parties had until this week been unable to come to an agreement on her hearing date, frustrating Democrats and Jewish community leaders who say rising antisemitism globally makes it critical that Lipstadt, whose legal battle against a Holocaust denial was the subject of a 2016 feature film, be confirmed soon.

On Monday, a spokesperson for Sen. Bob Menendez, the Democratic chairman of the foreign relations panel, said that the senator was negotiating the committee’s schedule with his Republican colleagues. Suzanne Wrasse, a spokeswoman for Sen. Jim Risch, the committee’s ranking Republican, insisted that “the chairman’s office determines the schedule for nominations hearings.”

Soifer criticized Risch for having the “audacity to claim” there was ‘nothing’ delaying the confirmation. “Republicans were apparently only persuaded to move forward considering Dr. Lipstadt’s nomination after yet another synagogue attack, Nazis marching on the streets, and collective Jewish outrage,” she said on Tuesday. “Republicans’ willingness to politicize and sit on this critically important nomination speaks volumes about their alleged commitment to the security of Jews.”

The Biden administration appointed Aaron Keyak, a former House staffer and consultant, as Lipstadt’s deputy in November. His position does not require Senate confirmation.