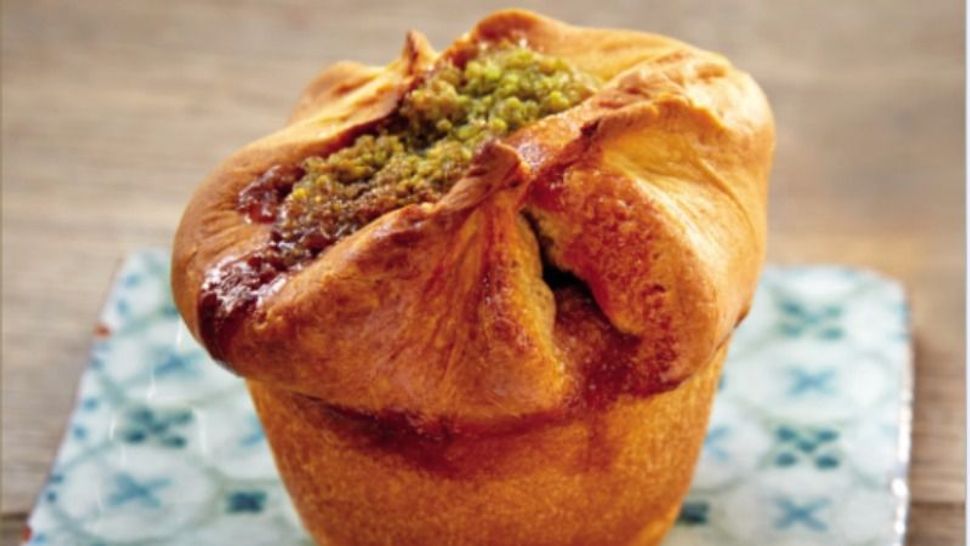 ‘Golden,’ by a pair of Ottolenghi alums, is full of sweet and savory baked goods. Image by Copyright 2016 by Little Brown & Company

Given the rave review I gave “Honey & Co.” in 2015, I couldn’t wait to get my hands on the new baking book by the same authors: “Golden: Sweet & Savory Baked Delights from the Ovens of London’s Honey & Co.” (Little, Brown).

For the uninitiated, Sarit Packer and Itamar Srulovich are an Israeli couple who met and fell in love in an Israeli kitchen — an Italian kitchen in Tel Aviv, to be exact — and moved to London to work for Yotam Ottolenghi, helping him expand his mini-empire of restaurants before striking out on their own.

Packer not only oversaw Ottolenghi’s pastry program, but she helped with the opening of his fine dining restaurant, NOPI. 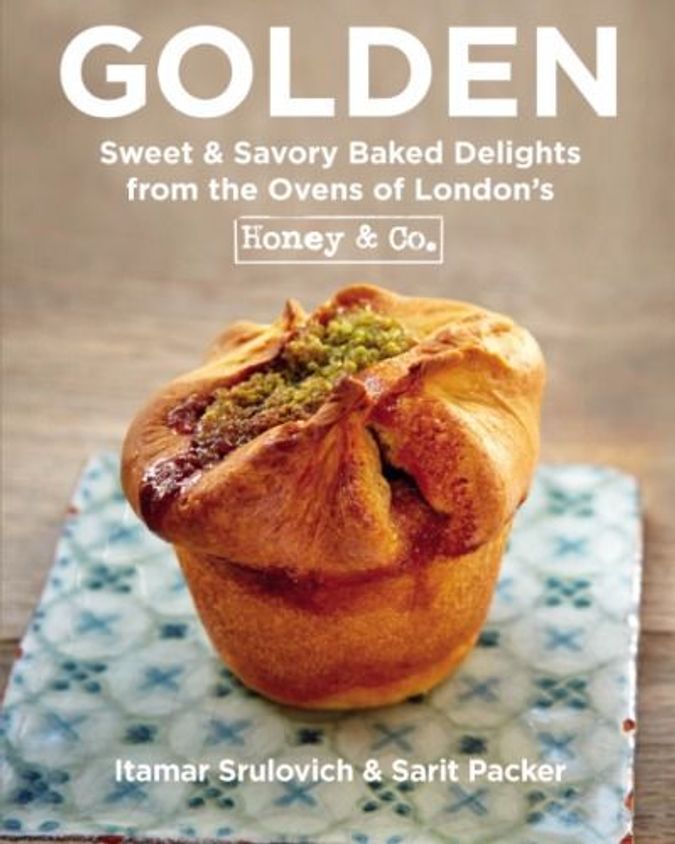 So for those going through Ottolenghi withdrawal (he took a break last year with no new cookbook release for the first time in five years), we’ve got something to celebrate.

“Golden” is not just any old baking book. It’s unusual in that at least a third of the recipes are savory rather than sweet. And though the couple have been living and working in London for years now, Middle Eastern ingredients such as pistachios, tahini and cardamom make frequent appearances.

Desserts are broken down into categories designated for different times of day. For example they recommend a pistachio, rose and strawberry bun for breakfast; a fig, orange and walnut loaf for mid-morning; a lemon drizzle cake with elderflower and mascarpone icing for teatime; and a chocolate, coffee and cardamom cake for traditional dessert. This begs the question: How did they decide which treat goes into which category?

A “cupboard” section is also impressive, with numerous recipes for jams and marmalades including black fig, cardamom-and-orange jam and spiced sugars.

Most of the savory dishes are in the lunch and breakfast sections; they include various bourekas-like pies with either home-made or filo dough and Palestinian lahma (similar to pita).

Choosing what to make first was a real conundrum, but I settled on spiced cauliflower muffins. These have a lot of butter and sugar, which I was a bit surprised by, because cauliflower more than hints at savory. I went with it — but next time I will leave out the sugar).

What makes these muffins unique is the blanched large cauliflower floret in the center of each one. Cutting the muffin in half reveals a white tree silhouette surrounded by golden yellow. They are beautiful, and they taste just as good as they look.

While we Americans have never really gotten the hang of tea time, this book makes the case that we should.