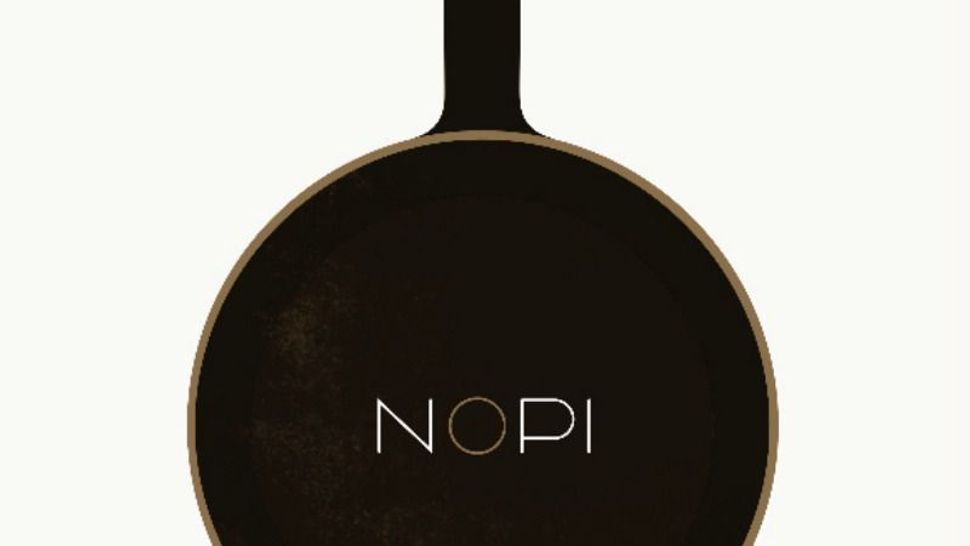 This is an occasional column in which the writer evaluates a new cookbook by making some of its recipes, sharing the dishes with friends and asking her guests what they think of the results. She recently cooked her way through “NOPI: The Cookbook” (Ten Speed Press) by Yotam Ottolenghi and Ramael Scully.

Way back in 2010, almost no one in America yet knew the name Yotam Ottolenghi. It’s hard to remember that time, isn’t it? Given that the Israeli-born, London-based chef has just come out with his fifth cookbook in as many years, it’s safe to say he’s become the culinary equivalent of Philip Roth.

As Ottolenghiphiles know, it’s not just his output that we marvel at. As he himself describes it in the introduction to “NOPI: The Cookbook,” we are enamored of “the bold, surprisingly intense flavors that became synonymous with the name, the irreverent blends of ingredients, the vibrant colors on the plate, the generosity of spirit and big gestures, the curiosity and somewhat relentless approach to food (always looking for the next ingredient, a fresh combination, or a radically different method)…” He’s tooting his own horn pretty loudly here, but he’s pretty much nailed it. This is why we love him so.

When I visited London two and a half years ago, one of Ottolenghi’s take-out shops was at the top of my tourist agenda, and because I have a local friend (whom I met in a Kibbutz ulpan way more years ago than I care to count) who is as obsessed with his food as I am, she said we must eat at NOPI.

I remember an excellent meal, but without resorting to photos I can’t recall what I ate. I do remember the glitzy brass and mirrored bathrooms.

After my most recent Taste Test, I sent this friend a few photos of the dishes I made from “NOPI,” and she voiced the very sentiment that keeps so many people from making his recipes themselves. She wrote (cue British accent): “I don’t have the patience for the fiddly bits.”

I’m not going to lie. Though I wouldn’t have articulated it quite that way, there are a hell of a lot of fiddly bits to execute in these dishes. Ottolenghi himself even warns of this in his introduction, noting that these recipes are even more complicated than those in his other books.

At the same time, he says, they have been made more accessible for the home cook, yet we must not forget that “NOPI” is a restaurant cookbook — and the main reason we go out to restaurants is to eat dishes we wouldn’t generally make at home.

A moment at my Taste Test dinner illustrates his point. There were six of us here for Shabbat, and when we were all gathered in the kitchen plating the dessert, with almost every one of us responsible for a different component and task, one of us asked “How many Jews does it take to execute an Ottolenghi recipe?” And in our great amusement over answering that very question, I completely spaced one of my tasks, to add biscotti — the box was sitting at the ready — at the end for crunch. Oops.

So yes, this is far from a beginner’s book, and many will side with my friend and not want to deal with the “fiddly bits.” But for those who do, the rewards can be outstanding.

In “NOPI” we meet Ramael Scully, a Malaysian-born Aussie with a mix of Indian, Chinese, Malay and Irish heritage, who began cooking in one of Ottolenghi’s take-out shops and later graduated to the NOPI kitchen, along with Sarit Packer (see my review of Honey & Co.). While Ottolenghi and his head chef Sami Tamimi were quite comfortable cooking the Middle Eastern flavors they grew up with, Scully kept pushing things in a more Asian direction. At first they resisted, but eventually gave in, though they found they’d have to scale Scully back a bit when it came to his inimitable way of complicating things by adding numerous garnishes.

As we’ve come to expect from Ottolenghi’s books, the photography in this one is gorgeous. And while the puffy cover of past books is gone, the pages in “NOPI” are edged in gold. (Maybe a nod to those fancy bathrooms? Certainly an acknowledgement that these recipes inhabit a higher realm than those of past cookbooks.)

In my two years as Taste Test columnist, I have reviewed several books that contained cocktail recipes, but none with as large and tempting a section as this. We don’t generally start Shabbat dinner with a cocktail, but after this experience we just might incorporate the practice regularly.

While we were looking for a drink on the simpler side, it was an easy decision to choose the sumac martini, because sumac is a spice that’s closely associated with Ottolenghi. For this drink, Ketel One vodka is infused for two hours with sumac, a tart berry in dried, powdered form that is one of the ingredients of za’atar. The infused vodka is shaken with pomegranate and lime juices and Velvet Falernum — a sweet liqueur from Barbados that tastes largely like cloves — and ice, and garnished with a sprinkling of more sumac.

I found this drink wonderfully balanced, though our friend Gil thought it was a tiny bit too lime-heavy. His partner May said that she normally found cocktails too sweet, and liked that this one wasn’t.

We all noted how non-boozy tasting it was, with our friend Hannah saying, “I could easily down this.”

For our appetizer, Hannah stepped in to help. She felt that mixed cauliflowers with golden raisins, ricotta and capers was the obvious choice, because the recipe headnote says that this dish was inspired by the multiple colors of cauliflower found at our very own legendary market, the Berkeley Bowl. (On an average day, you can usually find purple and gold varieties in addition to white, and sometimes the green romanesco.)

While there was no romanesco to be found this time, the other colors were there, and yes, this dish was gorgeous. The authors use the common Sicilian combination of raisins, capers and pine nuts, but this being an Ottolenghi recipe, nothing is simple. The capers must be fried and the raisins simmered in white wine vinegar. A dressing is made from stone-ground mustard. Some of the cauliflower must be blanched; some roasted. (Hannah later said that given how much better the roasted vegetable tasted, she would skip the blanching next time and roast it all.) Some of the capers are mixed into ricotta, which is then put onto a plate, with the cauliflower piled on top of it. The raisins, capers and pine nuts are tossed on top along with the dressing.

While the dish would have worked without the caper-studded cheese at the bottom of the plate, it was like a happy surprise every time you got some on your fork.

Hannah said she worried while making it that it would be too salty, but her fears were unfounded.

On the negative side, the proportions were off. Given that this was a first course, we couldn’t possibly eat all of the cauliflower, and there were way too many soaked raisins left over as well.

Perhaps now would be a good time to say a word about the measurements. This cookbook gives both ounces and grams, which I know is more exact (and also more international). But for the American home cook, I’d rather see “¼ cup of pine nuts” than “two ounces or 60 grams.” When even your produce is measured out this way, it does not make for easy shopping.

For the second course, I chose a light salad of apples, black Spanish radish, endive and parsley, with a reduced cider vinegar-lemon-honey vinaigrette. I had always noticed the black radishes at the market — one of the more exotic ingredients in Berkeley Bowl’s organic section — and wondered what I’d ever use them for. Here was my answer.

While Hannah’s wife, Becca, appreciated how refreshing the salad was, my husband, Paulie, felt it was a bit one-note — in the bitter direction. I would definitely make the dressing again, though. I used the leftovers on a different apple salad the next day, and loved it even more.

The main dish, pistachio and pine nut-crusted halibut with wild arugula and parsley vichyssoise, was exceptional. A kind of brittle is made out of brown butter and the nuts, then put on the fish at the last minute in the broiler. I made the brittle and the vichyssoise the day before. The soup was a mix of chicken stock, potatoes, shallots, leek, arugula, parsley and spinach. I took it upon myself to execute the two more restaurant-like steps of shocking the soup with ice water to keep its vibrant green color intact and also putting it through a fine strainer.

The fish is served in a shallow bowl, atop the soup — a vision of white and green. A raw radish, stem intact, placed next to the fish lent a vibrant pop of color contrast. This caused several minutes of sustained debate around the table as to whether the radish was “just for show” — and therefore gratuitous — or not. Hannah wondered aloud whether it was, while Gil, who has some Persian heritage, told us about the plates of raw greens such as parsley, mint and watercress that are often on the table in a Persian household so diners can grab them with their hands as a palate refresher. Given that the fish was fatty and the soup heavy (not that anyone complained about this), Gil said “I need this radish here.”

After a significant pause to digest, we went to the kitchen to finish and assemble the poached quince with raspberry and quince jelly and mascarpone sabayon. I had just been gifted the right amount of quinces by a friend, and therefore felt compelled to make this dessert — even though it was hardly simple. I used agar to make the jelly, and while the flavors were all wonderful together, I have to admit that my execution was somewhat lacking.

At the end of the night, we were in full agreement that the fish was by far our favorite. We argued quite heatedly over whether the cauliflower or cocktail should come in second, and the debate was settled when Becca said, “I would drink that cocktail for breakfast tomorrow.”