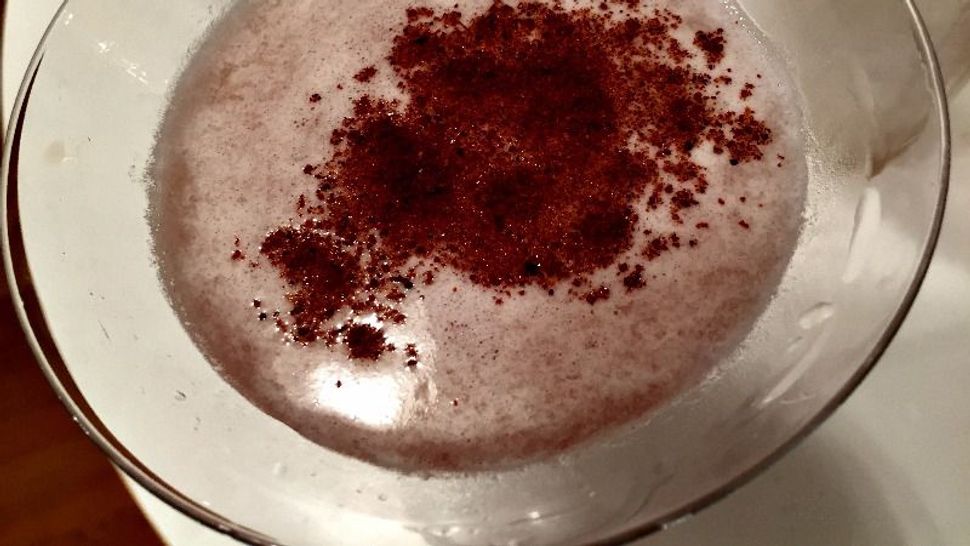 For anyone who thinks they don’t like cocktails because they too sweet, this is for you. Sumac — the dark red spice with a sharp astringent kick — is one that we love to sprinkle over food. It has a musty, lemony flavor that, as Lukasz Rafacz discovered when creating this drink, works just as well in a cocktail.

1) To make the infused vodka, place the sumac in a large glass or china bowl and pour over the vodka. Cover and set aside for 2 hours, stirring from time to time, then strain back into the bottle through a fine-mesh or muslin-lined sieve.

2) When ready to serve, place all the ingredients in a shaker with some cubed ice. Shake really hard for 10 to 15 seconds, then double-strain (through a Hawthorne strainer and then a fine-mesh sieve) into two chilled martini glasses. Serve at once, with a sprinkle of sumac on top.

Reprinted with permission from “NOPI: The Cookbook” by Yotam Ottolenghi and Ramael Scully, copyright © 2015. Published by Ten Speed Press, an imprint of Penguin Random House LLC.