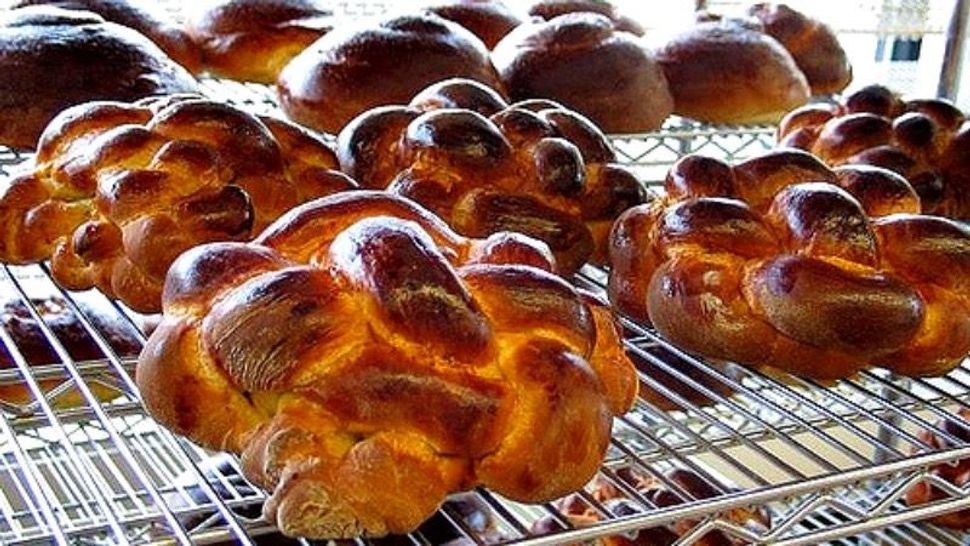 Here are the nominees for Forward Food Choice Award for best Jewish bakery. Learn more about the awards and vote for your favorites here.

Co-founded by Israeli-born, New York-based Gadi Peleg and Israeli star baker Uri Scheft, Breads Bakery turns out some of the most delicious babka in the city along with exquisitely rich rughelah, dense brownies and beautiful challah. At the holidays, there are always special confections: magnificent sufganiyot (filled doughnuts) at Hannukah, imaginative takes on hamantaschen at Purim. From its original Union Square location, the business has expanded to include a bustling shop across from Lincoln Center and a kiosk in Bryant Park and also offers catering. Online ordering is available.

Since 1916, Orwasher’s has been providing New Yorkers with traditional Eastern-European-Jewish-style breads such as rye, pumpernickel, challah and hand-rolled bagels from its shop on East 78th Street. A family business founded by Abraham Orwasher and later passed down to his son Louis, the bakery was sold in 2008 to Keith Cohen, who opened a second location across town on the corner of 81st and Amsterdam. There, in addition to the traditional offerings, the on-site bakery turns out a larger variety of breads, including avariety of Artisinal French and Italian loves, along with coffee, salads and sandwiches to take out or eat in the cafe-style shop. A seletion of breads is available online.

The Yelp reviews refer to the Flatbush location of this kosher bakery as a hole-in-the-wall well worth the difficult parking, and praise the cheese-filled pastries, rugelach, and dense, chewy babka. Of the Boro Park location, one reviewer raved that it had the best doughnuts in New York City. While the coffee gets mixed reviews, the bakery itself is a delicious destination and a Brooklyn institution. The website has been neglected since Shavuot, so it’s best to call or simply stop in.

A kosher bakery that sells Christmas cookies along with its challah, hamantaschen, honey cake and other Jewish sweets? Somehow, this Upper East Side bake shop makes it work. A fixture on Madison Avenue since the 1940s, William Greenberg has everything from babka to biscotti — it’s delicious black and white cookies become black and green (and white and green) for St. Patrick’s Day. Visit the original shop or its outpost in the Plaza food court, or order online.