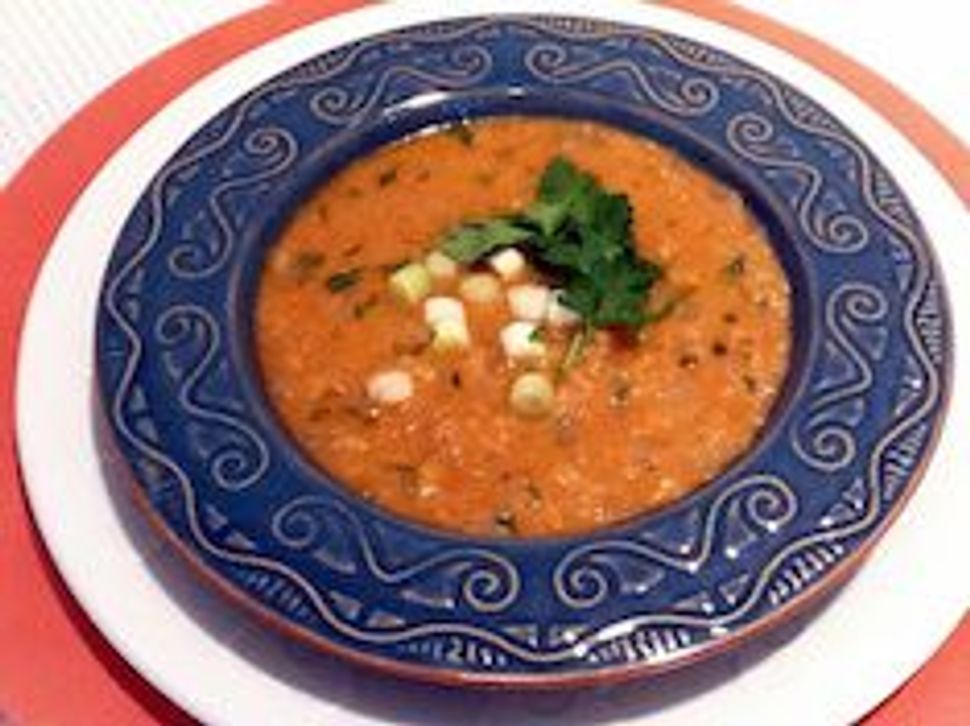 So, what do you know about coconut milk? Or coconuts for that matter? Yes, coconuts do grow on palm trees. They are considered a fruit and not a nut. They are oval shaped and can weigh up to 3 pounds at maturity and are covered with a husk. Under the husk is a hard shell, which is sphere shaped, and within that inner shell is the seed. It is from the seed that we derive the delicious white edible coconut meat. And no, the liquid that is in the core of the coconut is not coconut milk but coconut water — a delicious and hydrating drink popular throughout parts of South America.

Coconuts are a prehistoric plant that are believed to have originated somewhere in the South Pacific — there are differing opinions on this so don’t quote us. They are water resistant and can stay afloat, so who knows where they have traveled from or to. Just like the Jewish people, they have been disbursed around the globe.

Simply stated, coconut milk is the end product of steeping fresh grated coconut meat and water, which is then strained to produce the coconut milk.

In many cultures, coconut milk is a regular ingredient in the dishes they prepare. It can be found in Burmese, Cambodian, Filipino, Singaporean, Sri Lankan, and Vietnamese cooking and is the base of many curries in Indonesia, Malaysia, India and Thailand. Leave it to Thai cooks to combine Jewish chicken soup with coconut milk, assorted ingredients, and create the fantastic Thai Coconut Chicken Soup.

As kosher cooks, we love the versatility of using parve (non-dairy) coconut milk in cooking as it gives us the flexibility to substitute it, in some recipes, for milk or cream. In the cookbook “Kosher Revolution,” by Geila Hockerman and Arthur Boehm, the fabulous recipe for crème brûlée is prepared non-dairy by using coconut milk instead of heavy cream — it’s a wonderful substitute for rich dairy.

For those of you who have not tried cooking with coconut milk, give this versatile pareve ingredient a shot.

Place coconut milk in a measuring cup and stir well to mix the liquid and fat. Add the vanilla bean halves or vanilla extract, and microwave until almost boiling, 1−-2 minutes, stirring after 1 minute and every 30 seconds thereafter. Alternatively, heat in a small saucepan over medium-low heat until almost boiling. Set aside.

Fill a medium saucepan, or double boiler bottom, 2/3 full of water and bring to a simmer over medium heat. Place the sugar and eggs in a bowl or double boiler top, and whisk—over but not touching—the simmering water until the yolks begin to lighten and the mixture is no longer gritty. Remove the pods, if using and start adding it drop by drop to the yolk mixture, stirring constantly until heated, about 2 minutes. Pour the mixture into the ramekins, transfer to oven, and pour enough hot water into the baking dish to come halfway up the sides of the ramekins. Bake until set but still jiggly, 40 to 50 minutes. Remove the ramekins from the baking dish, allow to cool for 1 hour, then chill for at least 3 hours.

Sprinkle the surface of the creams with sugar; caramelize with a propane torch or set under a preheated broiler until the sugar browns.

Allow the creams to cool, then chill in the refrigerator for at least 15 minutes before serving.

Heat the oil in a large, deep frying pan or pot and add the onions, chile, garlic and lemongrass. Cook for 5 minutes or until the onions have softened, stirring occasionally.

Add the lentils and spices. Pour in the coconut milk, and the water and stir. Bring to a boil, stir, then reduce the heat and simmer for 40-45 minutes or until the lentils are soft and mushy.

KosherEye.com − See all that’s NEW in Kosher − Food • Wine & Spirits • Gadgets • Recipes • Tips • Cookbooks • Chefs • Cookware & more! The website for those that Like to Cook & Love to Eat!