Bubby’s Cooking Takes to the Stage 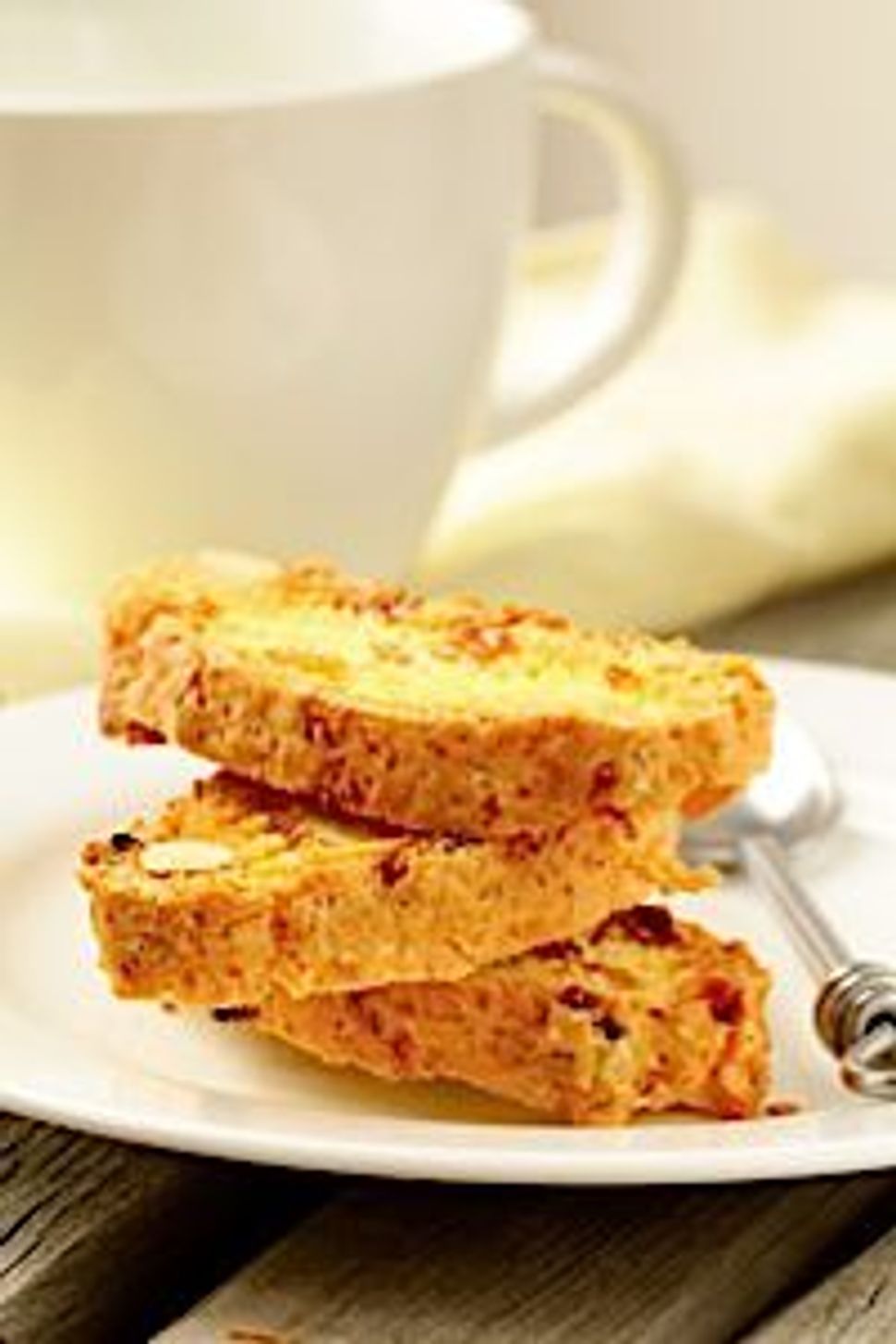 When you picture the quintessential Jewish “Bubby,” someone like Shira Ginsburg’s grandmother, Judith, probably springs to mind.

Mrs. Ginsburg, the subject of her granddaughter’s one-woman show “Bubby’s Kitchen,” developed a reputation in her Troy, New York, community for her endless, delicious cooking (she’s since moved to Florida, where she still cooks and teaches her grandchildren her culinary ways).

“Growing up there was always rugelach or mandelbread in the oven and soup on the stove. There were also two freezers down in the basement that were full of food,” Ginsburg says of her grandmother’s house, which was located five minutes from her childhood home.

While her ceaseless cooking might seem typical in a Jewish grandmother, the elder Mrs. Ginsburg’s early life was anything but typical. She lost her entire family in the Holocaust and was a resistance fighter in Eastern Europe — a story that takes center stage in the show.

Ginsburg sets her performance around the table of her grandmother’s home — the stage is set with a lone table and six chairs. She tells her family’s story through monologue, Yiddish, liturgical and musical theatre songs, and plays several different family members.

“A lot of life lessons were learned around table at my grandparents’ house. It was the place people came to seek guidance, to laugh and to cry,” Ginsburg says, so it was a logical place from which to set the show.

In the show and during our interview, Ginsburg draws a direct connection between her grandmother’s past — including her experience with starvation — and her focus on food later in life. “The deprivation led to the desire to always have an abundance of food. For her, food was really life and the ability to provide food for anyone who walked in the door was a gift,” she says of her grandmother.

“Bubby’s Kitchen,” which Ginsburg has performed in Philadelphia, New Jersey, New York and Miami and will perform in Seattle and Miami again this year, was originally created as part of her cantorial thesis. (She is the cantor at East End Temple, a Reform synagogue on Manhattan’s Lower East Side.)

She soon realized, though, that her’s was an important story to tell to larger audiences. “It’s about the cross-generational conversation for me,” she says. “My grandmother is someone who’s offered me incredible guidance. She’s 88 and I’m 35, but she has a lot to teach me.”

Audience members often approach her after the show to tell their own bubby stories. It’s something that crosses cultures, she says. “A friend of mine has a dad who’s a pastor and he said the play reminded him of his grandmother in Italy.”

Growing up, Ginsburg would eat dinner at her grandparents’ house three of four nights a week, often on Friday nights (the family owned a dairy farm and ran it together). Asked which of her grandmother’s dishes are her favorite, Ginsburg pointed to the ubiquitous mandel bread (“No evening was complete without a cup of tea and a piece of mandel bread”), her soups (used to cure sickness) and challah she makes on special occasions (recipe for this and mandel bread below).

While her grandmother taught her some tricks of the trade, Ginsburg admits that as a single woman in New York City, she rarely cooks. Yet, she’s confident that if and when she has a need to cook, she’ll be able to do it, thanks to Bubby.

But there is one dish from Ginsburg’s childhood she’s unlikely to attempt replicating: P’tcha, a traditional Ashkenazi dish comprising of jellied calves feet, garlic and sliced eggs, served with vinegar. “My grandfather loved it but none of the kids could stomach it,” she says. “We always joke that to marry into the family, one of the things you have to do — besides sit through a holiday meal with everyone — is eat P’tcha.”

5) Remove from oven and cut into strips.

Turn strips on their side and return to oven for 10 more minutes until golden.

Cool and serve with a “glazele” tea

Bubby’s Cooking Takes to the Stage