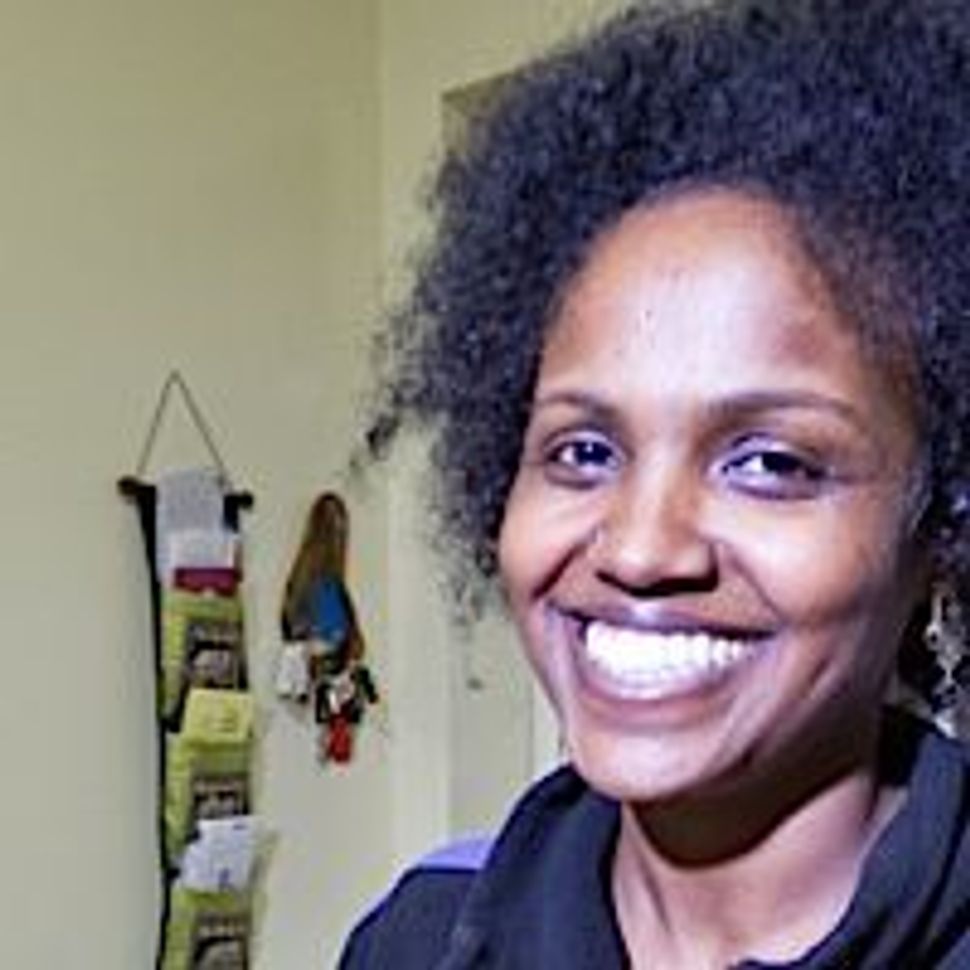 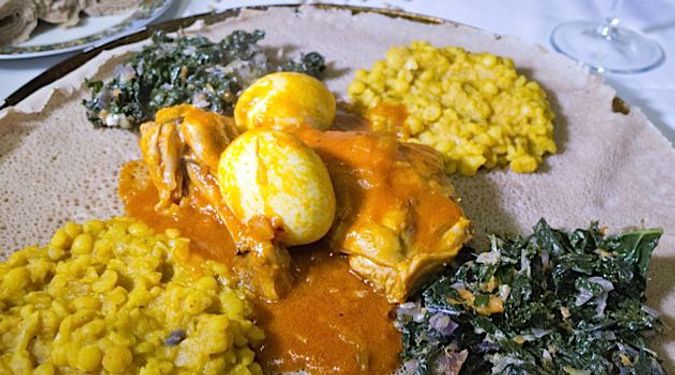 ‘You want the onions, garlic and ginger to melt into one another,” Beejy Barhany told me while stirring a pot that would soon hold kik wot, a creamy yellow split pea stew from Ethiopia. On another burner, doro wat, a chicken stew studded with hardboiled eggs, bubbled under the lid. I stood close by, at a small table that doubles as extra counter space, chopping more onions and letting the heady scent filling Barhany’s Harlem kitchen bring me back to the handful of meals I have shared with friends at Ethiopian restaurants.

Sitting around a shared plate of injera (the spongy, fermented teff flour bread typical in Ethiopian dining), dotted like an artist’s palate with multicolored stews, those meals had always felt like unusual treats. In Barhany’s kitchen, the dishes felt familiar — in part because I was learning how to prepare them. But more significantly, while they were different from the chicken soup and kasha varnishkes in my own Ashkenazi repertoire, we were ultimately cooking Jewish food.

Barhany, 37, is one of 600 Ethiopian Jews (also called Beta Israel, or “house of Israel”) residing in New York City and one of 1,000 living across America. The community is minuscule compared with the one in Israel, which numbers 120,000. Yet, the network is growing. In 2003, Barhany founded the organization Beta Israel North America to assist Ethiopian Jews in moving to the United States and to introduce Ethiopian Jewish culture — particularly film, music, art and food — to this country. In doing so, she hopes to move beyond the narrative of “suffering, pity and marginalization” that has hindered the community’s development since its dramatic relocation to Israel from Ethiopia in the 1980s and ’90s, and highlight its unique cultural contributions instead. 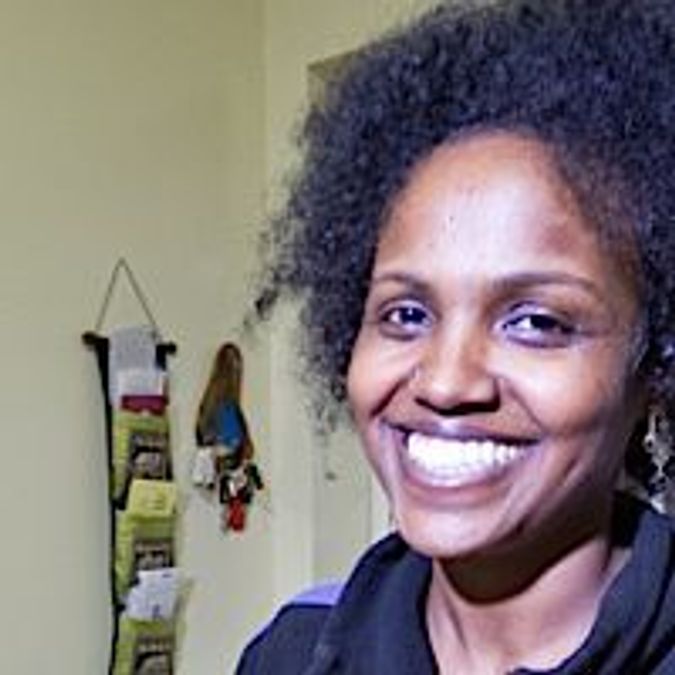 Barhany’s own story mirrors that of many Ethiopian Jews. She left home in 1980, at age 4, walking unimaginable miles to Sudan with her family and fellow villagers. Three years later, they relocated again, this time to Israel, eventually setting in Ashkelon. And after traveling as a young adult, she moved to New York.

For some, the move to Israel was motivated by famine, harsh living conditions and a desire to escape a country wracked by civil war. But for Barhany’s family and others, it was also part of an ancient longing to reside in their spiritual homeland. “My family had land and lived a relatively comfortable life in Ethiopia,” Barhany said. “But my parents deeply believed that Jews should be in Israel.”

The foods that Ethiopia’s Jews brought with them to Israel include many of the classic elements of Ethiopian cooking — the legume and meat stews, the injera, which serves as both plate and utensil, and a reverential coffee culture that dates back centuries. Like their non-Jewish neighbors, Jews in Ethiopia seasoned their food with overlapping layers of spice — a tribute to the ancient Indian and Arabic trade routes that crisscrossed the country.

Many wots (Amharic for “stews”), like the ones Barhany and I made together, begin with garlic, onions and ginger. While Barhany prefers olive oil, typically these dishes are sautéed in butter that has been clarified and infused with cardamom, clove and cumin, among other spices. While simmering, dishes are also sprinkled with berbere, a fiery blend of toasted ground bird’s eye chiles, fenugreek, turmeric and several other ingredients. (Dishes prepared without berbere are known as alicha, which means “mild” in Amharic.) The use of berbere is universal, but each blend is distinctly personal — a balance of heat and flavor that a cook hones over a lifetime. Barhany uses her mother’s homemade version, keeping a hefty jar of it in the pantry and rationing it out until she can visit her parents in Israel and restock.

Like the foods of many Jewish communities, the primary differences between Jewish Ethiopian food and the larger cuisine relate to holidays and to how and when certain foods are eaten. Doro wat, for example, is traditionally served for Sabbath dinner. “Throughout the week, we ate almost no meat or chicken, which was expensive,” Barhany said. “But on Shabbat, doro wat was standard.” Like the cholent eaten by Ashkenazi Jews, or Sephardic hamim, doro wat was prepared before sundown on Friday. “In Ethiopia, people would bury their pots to keep them warm, or eat food at room temperature,” Barhany told me.

The Sabbath also signals a departure from the everyday starch, injera. Instead, families break bread with dabo, a tender, yeast-risen wheat loaf that gets baked in a round pan. According to the “Encyclopedia of Jewish Food,” “before eating, Yitbarek, a special Amharic benediction complete with a traditional melody, is recited over the Sabbath bread,” much like Hamotzi. Likewise, instead of grape wine, Ethiopian Jews traditionally drink honey mead called tej. (While cooking, Barhany poured us glasses of Sheba Te’j, a locally-made honey wine.)

In Israel, Barhany said, lingering xenophobia toward Ethiopian Jews has largely stopped Israeli society from exploring their cuisine. There are still only a handful of Ethiopian restaurants scattered across the country, and a single stall in the Jerusalem market selling Ethiopian foods. “I remember residents of some buildings refusing to live on the same apartment floor as an Ethiopian family, saying the smell of their food was offensive,” she said. Meanwhile, some of Beta Israel’s customs — like baking their own unleavened bread for Passover — have faded over the past two decades.

But there are some signs of change. The Ethiopian Jewish holiday Sigd (which commemorates the annual renewal of the connection among Jews, God and the Torah) was instated as a national Israeli holiday in 2008. And younger generations of Israelis are increasingly open to embracing other cultures and cuisines, including those of Ethiopia. But for now, Barhany focuses her energies stateside. She hopes to open a cafe in New York that serves Ethiopian food, along with dishes from other Israeli subcultures. And this March, BINA will co-host a second annual retreat celebrating Ethiopian Jewish culture at the Isabella Freedman Jewish Retreat Center, in Connecticut.

In her kitchen, Barhany scooped up some kik wat on injera and fed it directly to me. “This is the customary way we serve guests the first bite,” she explained. Taken aback and then touched by the gesture (and the deliciousness of the food), I headed home full, warmed and plotting my next Sabbath dinner.

For recipes, visit The Jew and the Carrot

Leah Koenig writes a monthly column on food Contact her at ingredients@forward.com.