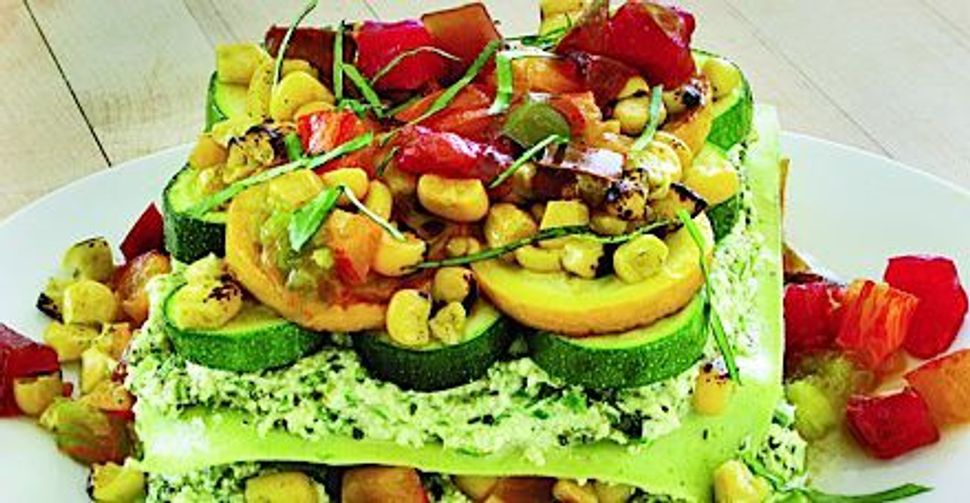 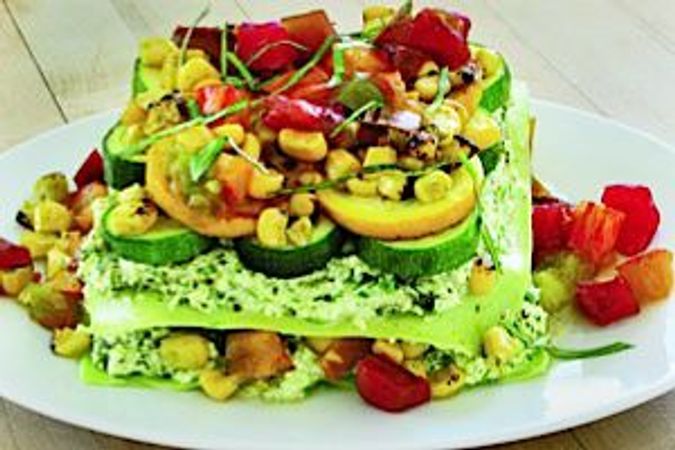 “Would You Make This?” is a sporadic new column where personal chef Alix Wall evaluates a new cookbook by making some of its recipes, sharing them with friends and asking what they think of the results.

When I became a vegetarian at 19, Mollie Katzen was the first person I turned to. “The Moosewood Cookbook” and “The Enchanted Broccoli Forest” were on my mom’s shelf even before I ate my last piece of meat, and since I was already cooking for myself in college by then, she passed them onto me.

While no longer vegetarian, I still cook many vegetarian meals at home as well as for my personal chef clients. So I was excited to return to a favorite author, to see how her cooking has changed over the years. Just as my diet and style of cooking has changed a lot, so has hers. (And just like I have, Mollie too has gone back to eating meat on occasion).

In “The Heart of the Plate: Vegetarian Recipes for a New Generation,” which came out yesterday, Sept. 17, gone are the cheese and egg-heavy dishes. Gone also are the recipes written in Mollie’s own handwriting and the line drawings (though they’re inside the front and back covers, as if to satisfy the old Moosewood fans and the photography is her own). Many of the dishes are vegan. And one of my favorite features of the book is that recipes are accompanied by “optional enhancements” as garnishes or finishing touches.

This book is a big one, with chapters divided into hearty-sounding soups, stews, what Mollie calls “Saladitas,” “Cozy Mashes,” burgers and more.

Mollie introduces the book by talking about how her food has changed over the years. As she puts it, “My confidence to lighten things up, acquired over a period of many years, was born out of a trust that people did not need bulk or richness to feel satisfied.”

She defines her cuisine this way: “A beautiful and unfussy plate of food, simply cooked, maximally flavored, and embracing as many plant components as will harmoniously fit.”

With Sukkot upon us, and a friend with a bounty of late summer tomatoes harvested from her garden, I chose three recipes to try out from Mollie’s new book, each made with late summer produce: Tomato-Coconut Soup with Indian Spices; Indian Summer Lasagna Stacks; and Fruit-Studded Madeleine Cake.

My friends Daniella and Fred joined me for the cooking, and then we all — my husband, Paulie, and another friend, Steve, included — enjoyed the three dishes for Shabbos dinner.

I should add that Daniella grew up in Syracuse in a vegetarian household, so her family frequently made the drive to Ithaca to eat at the Moosewood restaurant not only for its food, but for its community. She grew up on Katzen’s cookbooks as well.

The first recipe we tried was Tomato-Coconut Soup with Indian Spices, in which onions are flavored with garlic, ginger and a mix of Indian spices, before being cooked and blended with tomatoes and coconut milk. While Mollie calls this soup “subtle,” we called it bland. When I saw that the spice list included cumin, coriander, turmeric, fennel, allspice and cardamom, I thought that it would be a slam-dunk. But it took us at least two extra tablespoons of salt to give it any flavor at all, and we felt that the spices could have been doubled, if not more. We also added more cumin and coriander at the end, as well as at least a tablespoon of chili oil to give it more oomph.

Paulie wondered if the Indian spices were toned down to suit the average American palate, while Fred felt the soup was a lot of effort for what it was. Daniella also felt it lacked body, though she felt the chile oil did bring out the spices. (I tried the leftovers a few days later and it had infact become much more robust in flavor).

One look at the Indian Summer Lasagna Stacks — consisting of pasta sheets layered with marinated grilled zucchini and fresh corn and a bit of parmesan, pesto mixed into ricotta and a raw tomato sauce — and the mediocre soup was forgotten. They took quite a bit of effort to assemble and heat. Even so, the results produced “one beautiful plate of food,” according to Daniella, who said they were “like a salad, bruschetta, and pasta dish, all in one,” with Fred pronouncing them “visually stunning.”

Everyone loved the flavor of the marinated grilled zucchini, and the corn (I added an extra ear, thinking that one ear, as written, was not enough for all of us), as well as the fresh tomato “sauce.”The pesto-ricotta mixture was delicious, and with small amounts of parmesan, the recipe made for a much lighter, extremely delicious summer lasagna.

For dessert, we chose a Fruit-Studded Madeleine Cake, which has plums and berries sunken into a cake. My first question about this cake was why is it made in a tart pan? That ran through my head about halfway through the baking process, when the batter was rising and running over the sides of the pan. This likely happened because I had 4 to 5 giant pluots, which must have been much larger than the plums called for, but it seems to me this possibly could have been avoided by making it in a springform pan.

I used a combination of farmer’s market pluots, blueberries and raspberries. Fred loved the way the pluots sunk into the batter and said their liquid made the cake a bit custardy. Daniella felt this was more of a tea cake as opposed to a proper post-dinner dessert, and we all thought a scoop of vanilla ice cream would have been a lovely topper.

While the cake was certainly tasty, my love for summery stone-fruit and desserts made with them is so great, that I prefer a much higher ratio of fruit to cake than this one had, and therefore this wouldn’t become a go-to for me.

If tomatoes and stone fruit are still available where you are, these dishes would be great for a Sukkot meal, though again, the lasagna stacks are not great for a crowd. Despite some bumps, Mollie-fans will not be disappointed. There are so many other recipes in this book that sound delicious as well as Sukkot-friendly that I am excited to try in the future.