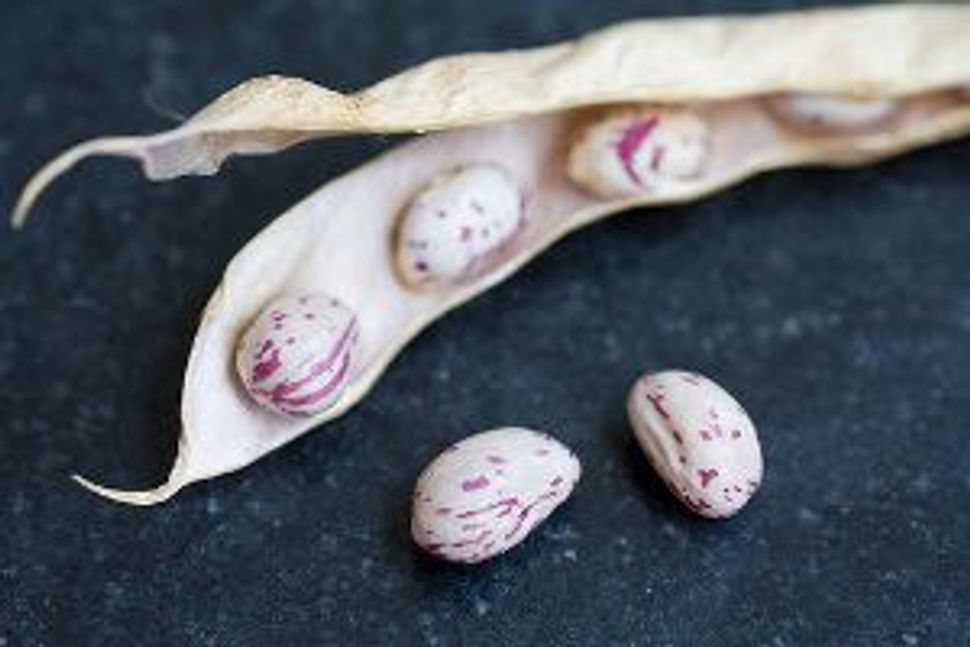 The onset of Rosh Hashana and Yom Kippur postponed the publication of my final CSA Psolet Challenge column, but the delay has actually given me a chance to reflect on this experience in light of the upcoming Sukkot holiday.

In his epic code of Jewish law called the Mishneh Torah, Maimonides, the 12th century Jewish philosopher and scholar, writes:“When a person eats and drinks in celebration of a festival, he is obligated to feed converts, orphans, widows, and others who are destitute and poor. In contrast, a person who locks the gates of his courtyard and eats and drinks with his children and his wife, without feeding the poor and the embittered, is not indulging in rejoicing associated with a mitzvah—a divine commandment— but rather the rejoicing of his gut…This rejoicing is a disgrace…” -Hilchot Sh’vitat Yom Tov (Laws of Resting on Holidays) 6:18

Maimonides was writing about the proper way to celebrate all holidays, not only Sukkot, but I find his words particularly appropriate for the upcoming harvest festival, which the rabbis named ‘zman simchateinu’—the time of our rejoicing. He reminds us that true rejoicing, comes when we open our hearts and our homes to ensure that everyone in the community can participate in the feasting.

This passage came to mind as I was thinking about the reason why I initiated my CSA Psolet challenge in the first place: to more deeply express my values through my food choices, with greater intentionality and integrity. Judaism elevates the act of eating to a spiritual plane by asking us to adopt a discipline around eating through the practice of keeping kosher; to be mindful about what we put in our mouths through the practice of saying blessings over our food; and to cultivate gratitude through the practice of offering a prayerful thank you after we eat.

But these practices impact primarily on our individual spiritual lives. The next step is to consider ways that our food choices impact the world around us—the physical earth, the people who grow our food, or anyone who does not have enough to eat. It seems fitting that I’m writing my final CSA Psolet Challenge post during the Jewish holiday that asks us to think deeply about how our food practices reflect our values, bring joy to others, and contribute to the betterment of the world. Chag sameach. At the farmer’s market, I’m often intimidated by some of the most beautiful produce on offer during the summer months: the varieties of shelling beans and peas that arrive in unusual colors and shapes. While I’ve admired these beans for their beauty, I’ve never been quite sure of what to do with them…and the prospect of spending time removing them from their pods has never been particularly attractive.

But when a pound of Tongue of Fire beans arrived in the CSA share this week, I had to step up to the plate. And…It was totally worth it.

The shelling itself turned out to be somewhat of a meditative exercise, as I got a little lost in the purple swirls of pigment that decorate both the pods and the beans themselves. Once released from their shells and cooked in a little boiling water, the beans lost their unusual coloration, but developed a robust nutty flavor that paired beautifully with some other vegetables from the CSA and the market.

Here’s the recipe I used to make a perfect summer salad. Now that I know what treasures they are, I am intimated by beans no more!

Shell the beans and shuck the corn
Place the corn in a large pot of boiling water and cook for 5-7 minutes
Remove the corn and add the beans to the pot. Cook until they are tender but not falling apart (I found this to be about 10 minutes). Drain the beans and rinse under cold water.
Whisk together the vinegar, olive oil, and shallot or garlic.
Slice the tomatoes into small wedges or chunks; if you are using cherry or grape tomatoes, cut them in half. Add the tomatoes to the vinaigrette.
When the beans are cooled, add them to the tomatoes and vinaigrette. Shave the corn kernels off the cobs, using a sharp knife, and add them to the bowl. Toss gently but well enough to coat everything with the vinaigrette.
Wash and dry the basil leaves. Create a chiffonade by stacking 4 or 5 leaves on top of one another and rolling them up together. Slice the roll to create thin strips of basil. Add these to the salad along with freshly ground pepper and salt to taste, and toss gently.

Overall, this was a pretty good week for the psolet challenge. I used the sweet bell pepper, tomatoes and cuke in a salad, reran some favorite recipes for lemony beets and roasted carrots with Walla Walla onion, and used the beet greens in a frittata. Gingered leeks turned out to be less delicious than I had hoped, but they still got eaten. However, I still have the jalapeno pepper sitting in my fridge, alongside a chunk of fennel from last week’s share. And while I used some basil in the bean salad, the remainder of the bunch is waiting for me to muster some more creativity.

My CSA psolet challenge ‘officially’ ends this week—but the CSA runs through November, and I do hope to continue keeping waste to a minimum. I’ve noticed that my biggest struggles continue to be with lettuce and other greens (and apparently basil!). So, I’d love to hear from you: what are your favorite tips and recipes for using up your CSA produce and avoiding psolet in your kitchen?

Shuli Passow started her relationship with CSA’s in 2004 when she joined Hazon’s first CSA at Anshe Chesed, and is now a member of Hazorim, a Hazon CSA at B’nai Jeshurun. When she’s not cooking locally grown vegetables, Shuli keeps busy as a fourth year rabbinical student at the Jewish Theological Seminary and rabbinic intern at New York University. A former Hazon board member, Shuli has worked as a Jewish educator and communal professional for nearly 15 years.