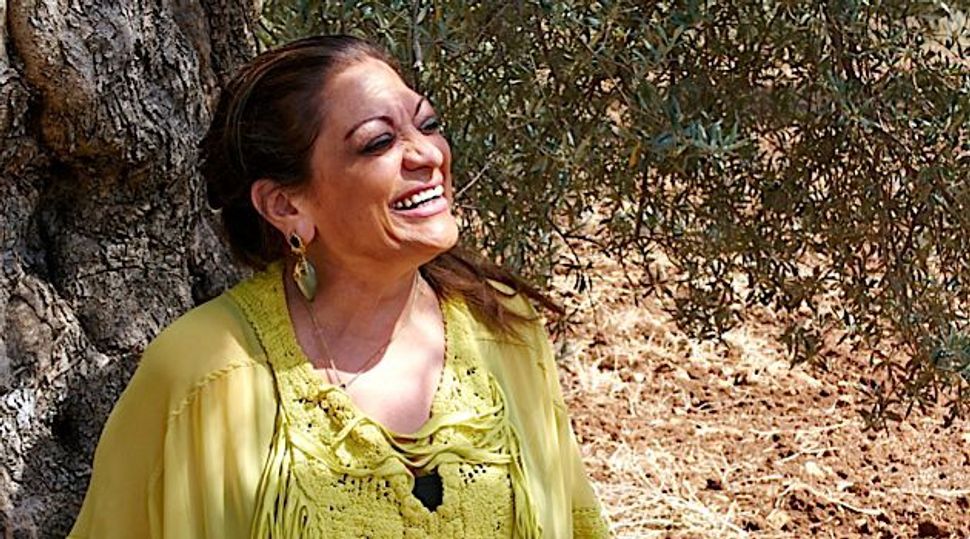 Three years ago, I spent a month living in Ramallah while reporting a story on the Palestinian economy. Yet somehow, save for trips to the corner falafel joint in between frenzied interviews, I managed to barely sample Palestinian food.

When I returned to New York, my regret lifted the moment I walked into Tanoreen, a Palestinian restaurant in Brooklyn’s Bay Ridge. Chef and owner Rawia Bishara’s menu is inspired by her hometown of Nazareth, yet many of her dishes share DNA with the West Bank cuisine I missed out on.

Every time I go to Tanoreen, my vegetarianism flies out the window. My favorite item on the menu is the lamb-stuffed baby squash. The dish is elaborately flavored — the yogurt is sour, the spices sweet, the lamb gamy and the squash earthy.

This interplay of flavors is found throughout Bishara’s menu, and also in her new cookbook, “Olives, Lemons & Za’atar,” published this spring. The tome is as colorful as the cuisine it depicts, with photos of the Nazareth hillsides, family picnics and open-air markets. Under the heading, “The Pantry,” is a list of ingredients — pomegranate molasses, bulgur, mastic sumac and many others — essential for concocting the dozens of breakfast dishes, mezzes, salads, soups, stews, mains, pickles, sauces and desserts found inside the book.

The recipes range from traditional fare like maftoul, or Palestinian couscous, (also featured in the “The Gaza Kitchen”) to experimental dishes such as brussel sprouts with panko. There are several simple recipes in the book, but some are more complex than meet the eye. The brussel sprouts, for instance, calls not for tahini but for tahini sauce (made by mixing tahini with garlic and lemon juice)— directions for which are found later in the book.

For my foray into “Olives, Lemons & Za’atar,” I decided to take the easy road. Instead of replicating my beloved baby squash — the book doesn’t have that exact recipe, but instead several that seem similar, like vegetarian stuffed vegetables or stuffed artichokes with meat and pine nuts — I opted for two simple dishes with ingredients I had at home.

The first was shorabit addas majroosh, the pureed lentil soup that is a mainstay in many parts of the Arab world. One of the great pleasures in making pureed soups is that they enable the otherwise fastidious home chef to be a bit lazy. Instead of fretting over how beautiful the carrots and onions would look in the final dish, I chopped them roughly, sautéed them with oil, coriander and cumin in a soup pot, added the red lentils, and let it all simmer. I then pulsed the mixture in a blender, and served it with lemon wedges, salt and pepper. The resulting soup was plain, but comfortingly so — perfect for the late winter Monday that I made it. Bishara’s recipe is meant to serve six to eight; I ate shorabit addas majroosh all week long.

My next try was salatet zahra, or cauliflower salad. The chopped cauliflower should be briefly boiled before it is roasted or grilled, leaving it with a soft interior and an almost crunchy exterior. After roasting, I tossed the cauliflower with tahini (though it called for tahini sauce) and pomegranate molasses and sprinkled it with chopped cilantro. (The recipe calls for parsley, but I had none on hand.)

Perhaps because I used a very nutty tahini, or maybe it was the crunch of the cauliflower, the dish reminded me a little of a peanut butter and jelly sandwich. My dining partner, on the other hand — much more an aficionado of Arab food than I am — declared it a success: an example “nouveau Levantine” cuisine.

I would make either dish again, but not before I scour the rest of the book. After my culinary oversight in Ramallah, I feel I have a lot to make up for.