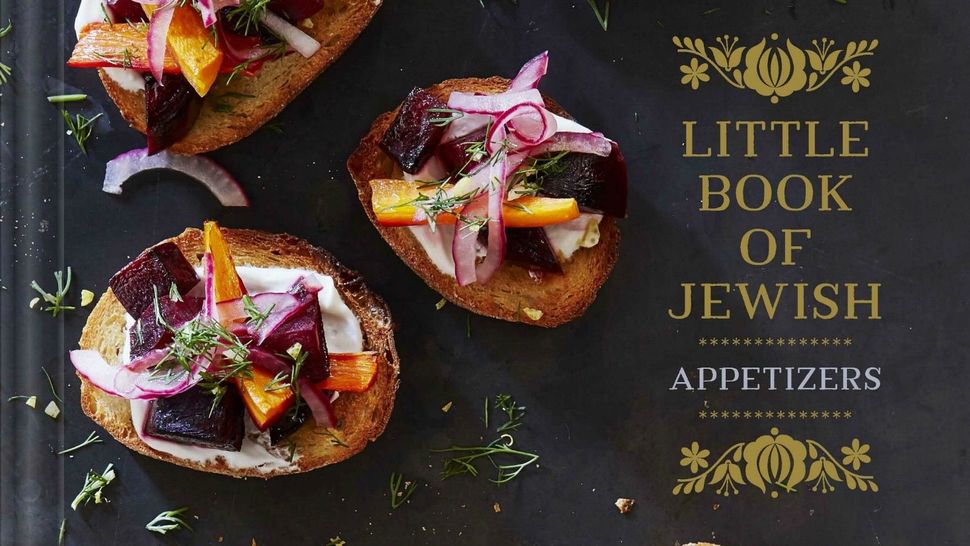 Leah Koenig’s new cookbook is filled with little bites that pack a lot of big flavors. Image by Linda Pugliese

“The Little Book Of Jewish Appetizers,” by Leah Koenig, is a small, hardcover jewel box of a cookbook filled with a tightly curated collection of 25 vibrant, brightly flavored hors d’oeuvres. Many would serve as excellent starters for a Rosh Hashanah meal or a Yom Kippur break fast.

But why focus on appetizers?

“I really wanted to shine a light on this partyworthy, celebratory aspect of Jewish cuisine, and bring a sense of fun and playfulness to it,” Koenig said.

As with her last book, “Modern Jewish Cooking: Recipes & Customs for Today’s Kitchen” (2015), Koenig imparts a clear philosophy of Jewish food today through her recipes. “They are both very rooted in tradition and can push boundaries and be gorgeous and exciting in ways that some people don’t think of Jewish food as being,” she said. 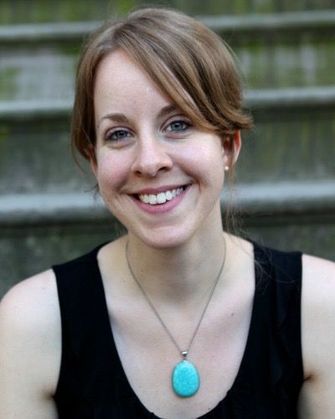 Take the borscht crostini. Koenig calls this recipe “the emotional center of the book.”

“Borscht really captures a side of Ashkenazi cuisine that is lost a lot — the fresh and the colorful and the dairy focus,” she said. “That’s just sort of not talked about so much.” Koenig decided to take the flavors of the soup and play around with them.

The result was a crostini topped with a colorful combination of roasted beets and carrots, pickled red onion, crème fraîche (meant as a fancy take on sour cream) and a sprinkling of finely chopped dill, fresh garlic and lemon zest.

“So you get all the tangy and bright and creamy and crunchy — all the best of Ashkenazi cuisine in one bite,” she said.

Because the crostini are dairy, Koenig doesn’t recommend them for Rosh Hashanah, but she says they’d be perfect for Yom Kippur break fast: “You can roast the beets and pickle the red onion in advance, so when the break fast happens, all you really have to do is chop some herbs and toast bread, and bring it all together.”

She recommends serving the crostini along with smoked trout canapés. “Ditch the bagels and lox and do these instead,” she said. “They feature smoked fish, so they would tie into the tradition in that way.”

Koenig takes the same approach — creating a fresh twist on tradition — with [pickled cherry tomatoes. “If you were going to be transporting yourself to early 20th-century New York City you’d see pickled tomatoes being sold out of barrels,” she said. “But I love the color of cherry tomatoes, and I wondered what would happen if you pickled them.”

As it turned out, they take perfectly to pickling.

Green tomatoes used to be what was available at the end of the season. “We have so much more at our fingertips,” she said. “We have every color of cherry tomato at the farmers market, so I had to do something with that.”

The pickles, which are best if left in the refrigerator four to five days before eating, can be part of a festive Jewish cheese plate. This might also include sour cherries, dried figs and slices of halvah — plus everything-spice rye crackers and za’atar-garlic pita chips, the recipes for which are also found in the book.

Another recipe Koenig suggests as a holiday appetizer is her fried gefilte fish.

“That plus the pickled tomatoes, for that last burst of late summer as you’re transitioning from the season, that would be a lovely way to start a Rosh Hashanah meal,” she said.