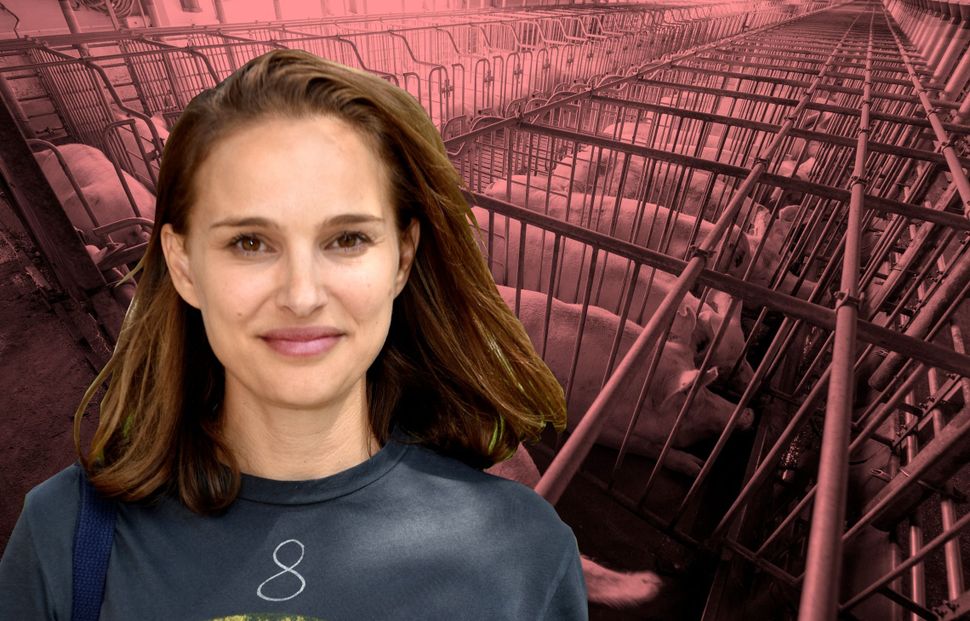 When Jonathan Safran Foer published “Eating Animals,” the anti-factory-farming and food-ethics manifesto, it inspired many people to adopt a vegan diet. One of them was Natalie Portman, who took her inspiration one step further: The A-list actress turned the book into a movie. “Eating Animals,” the documentary that she produced and narrated, debuted earlier this month at the Telluride Film Festival in Colorado, receiving a standing ovation.

Even if the book and film don’t inspire you to give up animal products, with more and more Americans going that route you may find yourself with a vegan guest over the High Holidays. And of course most classic Rosh Hashanah dishes are meat-based, especially the main course. So how do you cope?

We’ve got you covered. First, some tips:

Don’t assume that you have to make an entirely vegan spread. If your guest has accepted an invitation to eat in your un-vegan home, he or she probably assumes there will be animal-products about.

2) Do make sure you’ve got at least a couple of entirely plant-based dishes, and that one of them is an entrée. (Three vegetable side dishes do not a dinner make.)

Here’s some amazing vegan recipes that will satisfy even the most carnivorous human:

_Liza Schoenfein is the food editor of the Forward. Contact her at schoenfein@forward.com or on Twitter, @LifeDeathDinner