Plus: Seth Rogen’s bizarre new project, and an unexpected tribute to Steven Spielberg Welcome to the California Briefing, the weekly dispatch of California Jewish news from the Forward’s Louis Keene. In this edition: The looming Feinstein fracas, Seth Rogen’s bizarre new project, and kosher pizza comes to O.C.!

When she defeated Gray Davis on Nov. 3, 1992, Dianne Feinstein became the first Jewish female senator in United States history, and she’s held onto her seat for the three decades since, compiling a liberal track record longer than a CVS receipt on topics like gun control, civil rights and abortion access.

But questions have mounted in recent years about the 89-year-old senator’s declining fitness, and a serious challenger for her seat, Rep. Katie Porter, did not wait for Feinstein to announce her retirement to declare her own candidacy. And Porter is expected to be joined soon by Rep. Adam Schiff, creating a tantalizing race between Democratic stars who have earned the respect of their peers and the ire of their colleagues across the aisle.

On Twitter, Democratic political consultant Tim Tagaris likened the matchup to “the #2 and #3 ranked teams in the country” going at it.

🎤  Red carpet interviews are unbearable for all but celebrity stans and high-fashion obsessives, but the Golden Globes made them fun by hiring British media personality Amelia Dimoldenberg to do red carpet interviews. She and Andrew Garfield make a nice pairing!

😭 There was an incredible moment during the awards ceremony, too, after Ke Huy Quan won Best Supporting Actor for his performance in Everything Everywhere All At Once. Tearing up on stage, Quan turned and thanked Steven Spielberg, who gave him his first part in 1984 — as a child actor in Indiana Jones and the Temple of Doom. It’s one of the most moving acceptance speeches you’ll ever see.

🌈  Stranger Things teenybopper-turned-teenager Noah Schnapp came out as gay in a short TikTok. Earlier this year Schnapp confirmed fan speculation that the character he plays on the show, Will Byers, was gay. Can we make Byers — whose mom is played by Winona Ryder — Jewish, too? 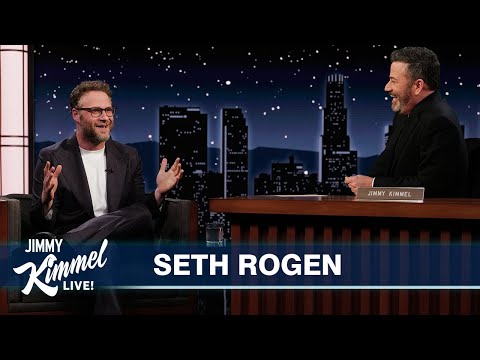 🤪  A new TV series on a man who married a scammer he met on JDate, starring the victim as himself? Sounds like a Nathan Fielder project, but Paul T. Goldman (now streaming on Peacock) is actually brought to you by Seth Rogen, and by Paul Finkelman (Goldman’s real name), an eccentric Floridian who also wrote the script — to the extent there is one. Jimmy Kimmel looked genuinely flummoxed when the pair appeared on his show.

🧢  San Francisco Giants outfielder Joc Pederson FaceTimed with MLB Network from Cabo to discuss his recent re-signing and explain why he didn’t play for Team Israel in the last recent World Baseball Classic (and why he will this time).

💁‍♀️  A woman should replace Trevor Noah as the host of The Daily Show. (There, I said it.) Two possibilities: Chelsea Handler has thrown her hat in the ring, and Sarah Silverman has signed up to guest host.

💰  The LA Times published a deep dive into a lawsuit involving the $70 million sale of a Malibu estate by Real Housewives of Beverly Hills star Mauricio Umansky. (The man suing him, Sam Hakim, says Umansky defrauded him.)

⚾️  I’m tired of the Angels being so bad, and thrilled they’re up for sale. A prospective owner: Joe Lacob, under whose stewardship the Golden State Warriors rose from cellar-dweller to NBA dynasty. Just don’t let Lacob near the Commissioner’s Trophy.

🤣  March Madness in January: I interviewed the organizers of a tournament-style bracket to decide 2022’s Jewish-themed Tweet of the Year. Oddly, nothing I tweeted last year made their top 50. I promise I’m taking it in stride. Not mad at all!

A new kosher pizza joint in Huntington Beach is named after one bedrock Chabad-Lubavitch text — and inspired by another.

Proprietor and chief dough-tosser Eliad Suissa says he opened Pizza Tanya at the behest of the Lubavitcher Rebbe — meaning he inserted a letter at random into a volume of Rabbi Menachem Mendel Schneerson’s correspondence and followed the advice the Rebbe gave on that page. The book told Suissa, who also runs Las Vegas kosher establishment Cafe Express, he needed to be near a Chabad.

So Suissa opened the new spot next door to Hebrew Academy of Orange County (a Chabad K-12 school) and named the spot after the Tanya, a book of Hasidic philosophy favored by Chabadniks.

He hyped up his crust and the quality of his ingredients as reasons to make the drive.

“The good food, the flavor, and my hands that are doing it,” Suissa said.