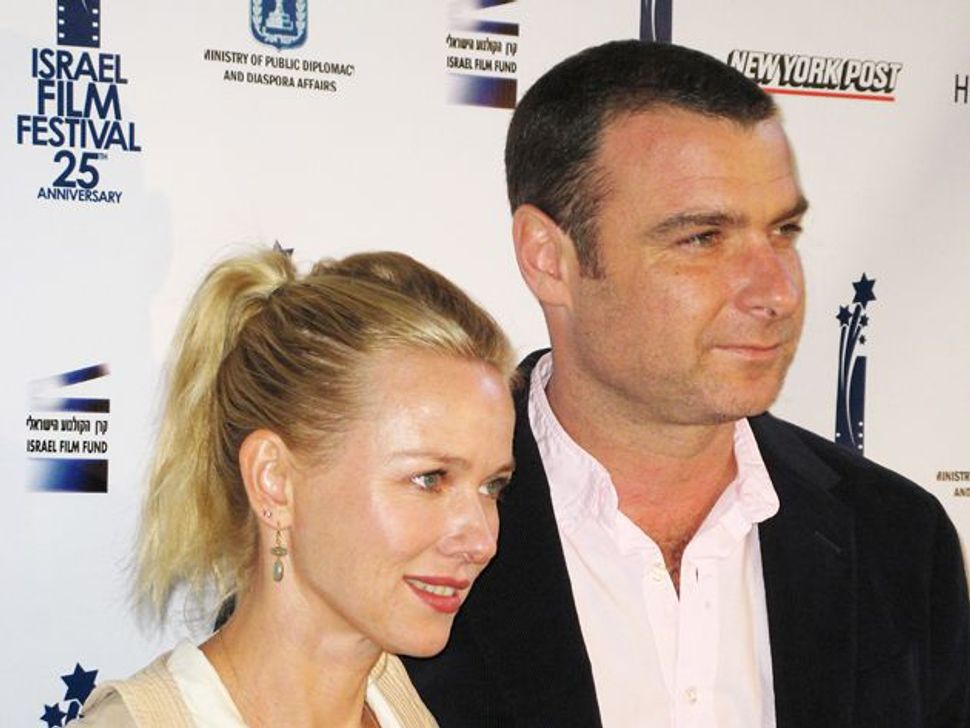 “She is fashion’s latest ‘It Girl,’ who wears necklaces for elephants,” event chair Andrea Stark said of Iris Apfel, an honoree at the Spirit of Achievement Luncheon of the Women’s Division of Yeshiva University’s Albert Einstein College of Medicine, held May 5. Stark continued: “One of the most influential personalities in fashion, textile and interior design, in 1950, with her husband, Carl, she founded the high-end textile company Old World Weavers when she could not find a particular fabric. Her restoration projects have included the White House for nine presidents.” With her signature, oversized, black-rimmed owl glasses, Apfel, in a black ensemble with a weighty multi-strand black necklace to match, told the 325 guests at the Plaza: “I’ve become an overnight success after 70 years — a geriatric princess. I’m even in Russia’s Harper’s Bazaar — now that’s an oxymoron — and if I was patient, I’d be big in Uzbekistan. I don’t fret about advancing age. The alternative is depressing. And by the way, I’m still officially 89 until the end of August.”

Among her list of bon mots are: “Fashion you can buy, but style you must possess”; “Style is ephemeral, like charisma,” and, “Nothing makes a woman look old as desperately trying to look young .”

Hosted by MSNBC’s Willie Geist, the program included an emotionally sensitive video: “From Einstein Research to Medicine: A Cancer Survivor Story.” Albert Einstein College’s Marilyn and Stanley M. Katz dean, Allen Spiegel, presented the Spirit of Achievement Award to Dr. Joseph Sparano, professor of medicine and of obstetrics, gynecology and women’s health at Albert Einstein. He is also an associate chairman of oncology at Montefiore Medical Center. Sparano introduced several women in the audience who were cancer patients and part of “Albert Einstein’s clinical trials, including my wife.”

Recipients of the Spirit of Achievement Award included Barbara Corcoran, founder of The Corcoran Group, a $5 billion real estate company that sold in 2001 for $70 million; Jill Martin, Emmy-winning television personality, author of “Fashion for Dummies,” and fashion reporter on NBC’s “Today,” and self-described “air force brat.” Natalie Morales, who, born in Taiwan, is the national correspondent for “Today” and has contributed to stories on such breaking news events as the Chilean miners’ rescue, Hurricane Katrina and the 2004 Indian Ocean Tsunami.

At the May 5 Israel Film Festival’s 25th Anniversary Red Carpet event, held at New York’s Plaza Hotel, the buzz was in Hebrew and English and the buffet spread multicultural. Photographers, cordoned off behind a rope, kept angling for position, as IFF’s founder and executive director, Meir Fenigstein, posed with the honorees: 2011 IFF Lifetime Achievement Award recipient Stanley Donen (director of, among other films, “Singin’ in the Rain,” “Seven Brides for Seven Brothers” and “On the Town”), whom Fenigstein lauded for his “extraordinary film legacy, [having directed] many of the most beloved American musicals of all time… classics that have inspired millions of moviegoers in Israel and around the world.” Facing the photographers’ barrage were 2011 IFF Cinematic Achievement Award recipient and Israeli film producer-director Micha Shagrir, and 2011 IFF Cinematic Achievement Award recipient Liev Schreiber (“X-Men-Origins: Wolverine,” “Defiance”), whose partner, Naomi Watts (“King Kong,” “The Ring,”) sending the photographers into flash frenzy, as did Phil Donahue and award presentation co-hosts Tovah Feldshuh and Mike Burstyn. During my brief chat with Donen, we talked about his films, Yiddish and the Forward. As we parted, he said, “Life changes, men, women, money, the world changes … nothing stays the same.”

Of all the films on the festival’s roster, the one that left an indelible imprint (and a teary aftermath) is the award-winning “Brothers,” which closes the New York Festival on May 19. A winner at the 2009 Festival International de Programmes Audiovisuels at Biarritz, “Brothers,” directed and co-written by Igaal Niddam, is about Dan (Micha Selectar), a secular kibbutznik who herds goats and is happily married, with a son in the Israeli army. After decades of silence, his brother, Aharon (Baruch Brener), suddenly appears. A Torah scholar from Brooklyn and a follower of the Volozyn rebbe, he is also a Columbia University-trained attorney who has come to defend yeshiva students refusing to serve in the Israeli army. Yet, so hip is this Torah-committed defender that he paraphrased a quote coined by Lily Tomlin, which he mistakenly attributes to Woody Allen: “When we talk to God, they say we are praying. When God talks to us, they call us schizophrenic.” But for Aharon, Israel is a theological abstraction, its Judaism a biblical reality. The Israel he encounters proves a shock. And surprise: Aharon’s adversary is an attractive woman. Prosecutor Shelly Meron (Orna Fitoussi) also uses the Torah as her defense of the separation of religion from the state.

Aharon argues, “Ben-Gurion excused yeshiva students from military service.” Shelly replies, “Yes, but then there were a few hundred, now there are tens of thousands.” The two thrust and parry, neither giving ground. Yet each respects the other’s arguments. When Aharon’s yeshiva supporters bad-mouth Meron, he defends her as “one who fights for Judaism.” Intrigue, love, anger, regret and the discovery of past secrets interweave in this thought-provoking movie, in which all the characters warrant compassion. As one character says : “It’s hard to be a religious Jew in Israel. Politics intermingle with religion…. There is little religious tolerance.” Another replies: “It is hard to be a secular Jew in Israel, so many religious restrictions.” The trial and its unexpected consequences leave one with angst and hope.

Israel-in-Short: The Delightful Animated Films of Bezalel Academy of Arts and Design

The “Israel-in-Short” program on May 10 at the JCC in Manhattan was one of surprise and delight, comprising the top-10 animated shorts by graduating students of the Jerusalem-based Bezalel Academy of Arts and Design.

The films ranged from exquisite to disturbing. “The Good Knight Story,” a 3-D, computer-animated film from Shoham Blau **, Amos Naim and Or Kantor about a knight named Atheir, was the winner in the best short film category at this year’s Israel Film Festival in Nice. “On My Doorstep,” a classic animation piece by Anat Costi that tells the disturbing story of a phobic young woman who is unable to find a place to hide from the world around her, was this year’s Cinéfondation Selection at the Cannes Film Festival.

“Miracle Lady,” a 10-minute, stop-motion gem with clay puppets, by Michal Abulafia and Moran Somer, pinpoints the randomness of luck. In it, Fortuna, an old lady wearing her wedding gown, waits for 50 years for her late husband to come home, whereas her servant waits for release from life. It garnered five major awards, including the 2010 best story award at the Stop Motion Magazine Film Festival.

Another standout was Dafna Cohen and Elad Dabush’s 3-D, computer-animated comedy, “Moon Seek.” In 1969, cosmonaut Yuri Gagarin is on the moon, drinking vodka. He strands the American astronauts by stealing their Lunar Excursion Molecule. When Yuri discovers that there is only Budweiser on board, he shoots back to the moon for vodka. After the screening, Hanan Kaminsky, head of the animation track at Bezalel’s screen arts department, fielded questions from the audience.