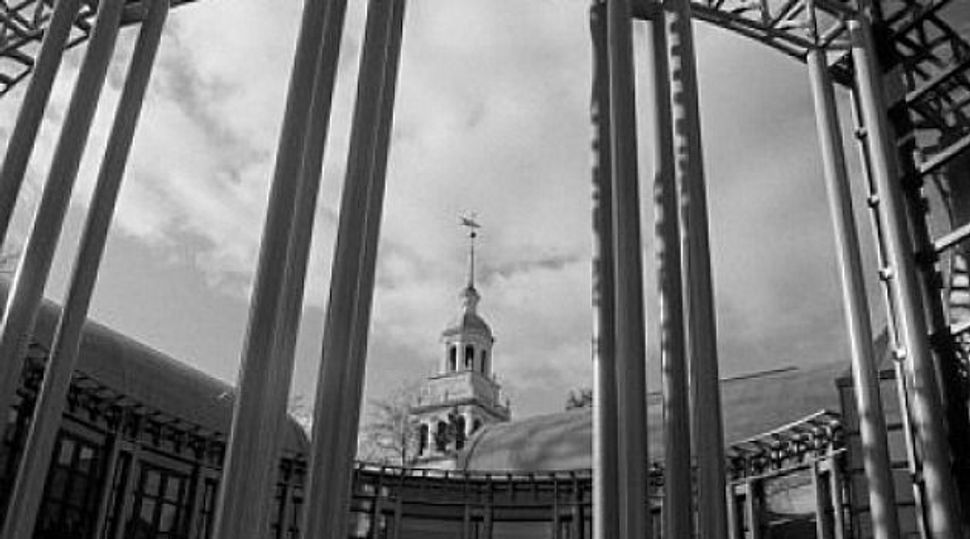 Hillel International has given its stamp of approval to a Harvard event that included a speaker who supports the movement to boycott, divest from and sanction Israel — arguing that, in this case, the Jewish campus group’s own ban on such events doesn’t apply.

Harvard University’s Hillel center for Jewish students co-sponsored last night’s panel discussion on the Mississippi Freedom Summer, the movement in which many Jewish volunteers joined with others to support blacks in their fight for civil rights.

The event, entitled “From Selma to Ferguson,” featured Dorothy Zellner, a Jewish civil rights veteran who is also a well-known pro-Palestinian BDS activist.

Zellner’s participation in the event appears to violate Hillel International’s standards of partnership, which state: “Hillel will not partner with, house, or host organizations, groups, or speakers that as a matter of policy or practice support boycott of, divestment from, or sanctions against the State of Israel.”

Zellner wasted little time underlining her support for the Palestinian cause, which she portrayed as a direct result of her Jewish commitment to social justice.

“I am a supporter of BDS. I’m doing the work that I learned from black people and I will keep on doing that work,” she told the crowd of about 50 people, most of them students.

“As a Jew, I feel a Jewish obligation to stand up for the oppressed,” Zellner added. “I view Palestinians as being the oppressed.”

Both Steinberg and David Eden, chief administrative officer for Hillel International, emphatically denied that their endorsement of the event contradicts Hillel International’s policy, which has been the subject of nationwide dispute and has spurred several Hillel chapters to publicly break from the parent organization.

Eden suggested that there was no conflict because the panel was not primarily focused on Israel, even though the guidelines make no such distinction.

“Why would a proposed event sponsored by these groups at Harvard violate any guidelines? BDS is not the subject matter of this event,” Eden said.

Steinberg added that Harvard Hillel does not bar speakers because of their opinions about BDS if the event in question does not directly concern Israel.

“The announced theme of ‘From Selma to Ferguson’ is not Israel or Palestinians or BDS,” he said in a statement he emailed to the Forward. “Harvard Hillel does not by policy or in general pass judgment on a speaker for topic X because of that speaker’s views on topic Y. “

After the event, Steinberg said he believed it was a success: “I’m proud that it happened here tonight.”

Open Hillel, the national student group that is pushing for Hillel to open its doors to Jewish groups and individuals who support BDS, called the Harvard event a major victory.

Emily Unger, the projects coordinator for Open Hillel, suggested that the move to ease the ban might lead to more cooperation at campuses nationwide.

“I’m thrilled that Harvard Hillel has chosen to prioritize a student-initiated and -organized event on racial justice over Hillel International’s restrictive external dictates,” Unger said. “I hope that other local Hillel chapters will follow suit.”

Unger claimed that many Jewish civil rights activists support the BDS movement, and she suggested Hillel’s move might allow Jewish students to hear their stories.

Steinberg did not respond to several emails asking about other cases in which prominent BDS advocates were barred from speaking at events sponsored by Hillel.

The most widely reported events of this nature all had some overt link to Israel.

In one recent case, author David Harris-Gershon was disinvited from speaking about his book at a Hillel chapter in Santa Barbara, California, after organizers found out that he supports a boycott of products made in the occupied territories. In December 2012, the Hillel at Binghamton University asked a student to resign from volunteer positions he held with the campus Hillel board after he organized a screening of “5 Broken Cameras,” the Oscar-nominated documentary about Palestinian nonviolent resistance.

The Harvard event is notable because it was the product of a series of careful discussions between Harvard Hillel and the Harvard Progressive Jewish Alliance. The idea came directly from Open Hillel, which gathered a group of Jewish veterans of the Freedom Summer and organized a speaking tour for the 50th anniversary, according to Unger, a recent Harvard graduate.

The Harvard students took the opportunity to invite Zellner to campus, and then made the event their own by inviting other on-campus groups like the Harvard Islamic Society and Harvard Black Students Organization

When students from the Progressive Jewish Alliance first organized the event on campus, Zellner was the only invited Jewish panelist. Hillel pushed for the event to include a pro-Israel panelist: Yavilah McCoy, an African American Orthodox Jewish activist.

Steinberg said that adding McCoy to the panel allayed the concerns of some that the panel might shift the focus from American civil rights to bashing Israel.

“Harvard Hillel decided to take part and to co-host the event specifically so as to be able to bring to the table a relevant speaker from the Jewish community who would represent a constructive and hopeful view of Israel,” Steinberg said. “The risk otherwise would be too great that the other student communities involved would be left with the impression that the only Jews who cared sufficiently about civil rights and about black lives mattering were advocates of BDS against Israel, as represented by Ms. Zellner.”

At one point, the PJA students were seriously concerned that the event would be canceled, according to Sonya Karabel, a PJA board member.

However, she said the student group is thrilled that Hillel decided to fully support the groundbreaking event.

“We are very happy that Hillel has decided to have this event, and that the Standards of Partnership are not coming before these important conversations,” Karabel said. “That does not mean we’re in support of BDS. We’re just happy they’re prioritizing what is really important: conversations about racial justice and solidarity.”

Derek Kwait, editor of New Voices, a Jewish student news service, contributed reporting to this story. Contact him at derek@newvoices.org