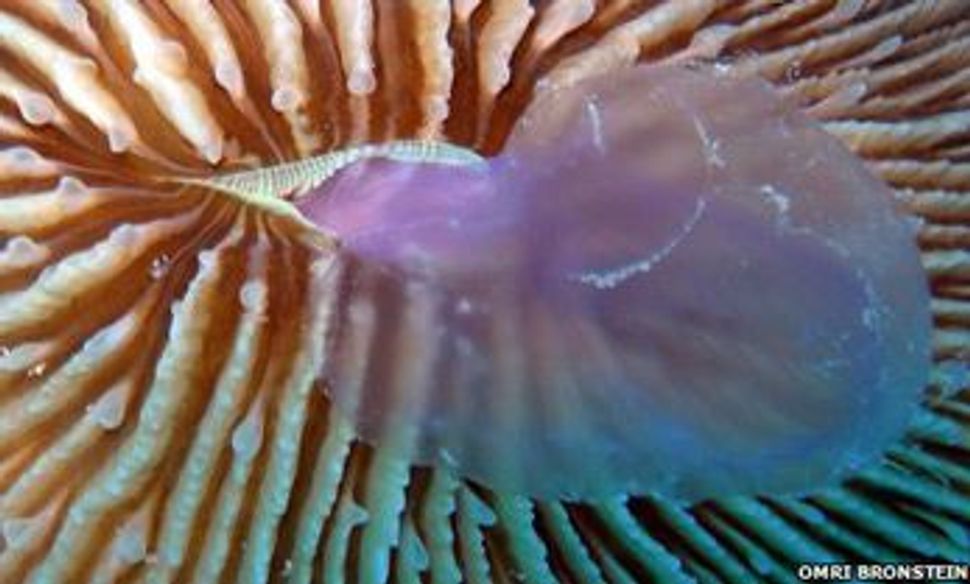 For the first time ever, coral has been recorded as eating jellyfish, the BBC reports.

In March Omri Bronstein from Tel Aviv University and Gal Dishon from Bar-Ilan University recorded mushroom coral — in the seas near Eilat — sucking in a large moon jellyfish. Not previously known for any venus-flytrap tendencies, coral might be showing off an evolutionary strategy for times of difficulty.

Of course the lack of any hecksher for the treif jellyfish will prove no problem until the religious affiliation of the coral is determined. Coral from Bnei Barak was unavailable for comment.