Cheryl Hines Is a ‘Nation’ 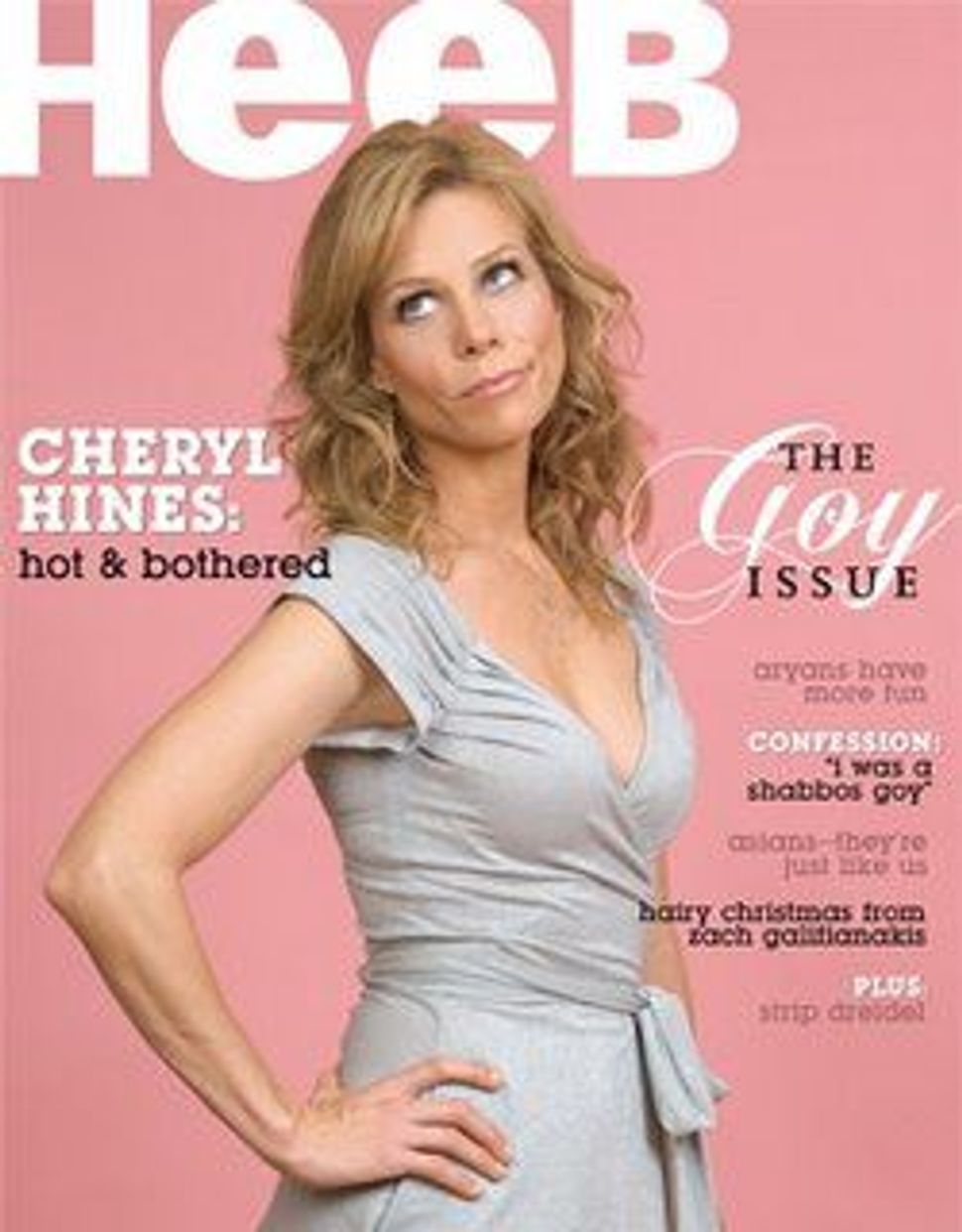 Heeb magazine “Goy Issue” cover-girl Cheryl Hines — who has been consistently brilliant playing Larry David’s non-Jewish wife on “Curb Your Enthusiasm” — confesses: “I’m still not even sure what [goy] means. But I’ve been called that for a while, since I started Curb. Honestly, I couldn’t give you a definition.”

Among the other revelations in Heeb’s profile of Hines: Her character on “Curb” was originally supposed to be Jewish, in real life Larry apparently doesn’t dig pig, Hines learned about Passover from coloring books she bought for Rob Reiner’s kids, and some folks in the actress’s hometown of Tallahassee apparently thought she was David’s wife in real life.

Cheryl Hines Is a ‘Nation’