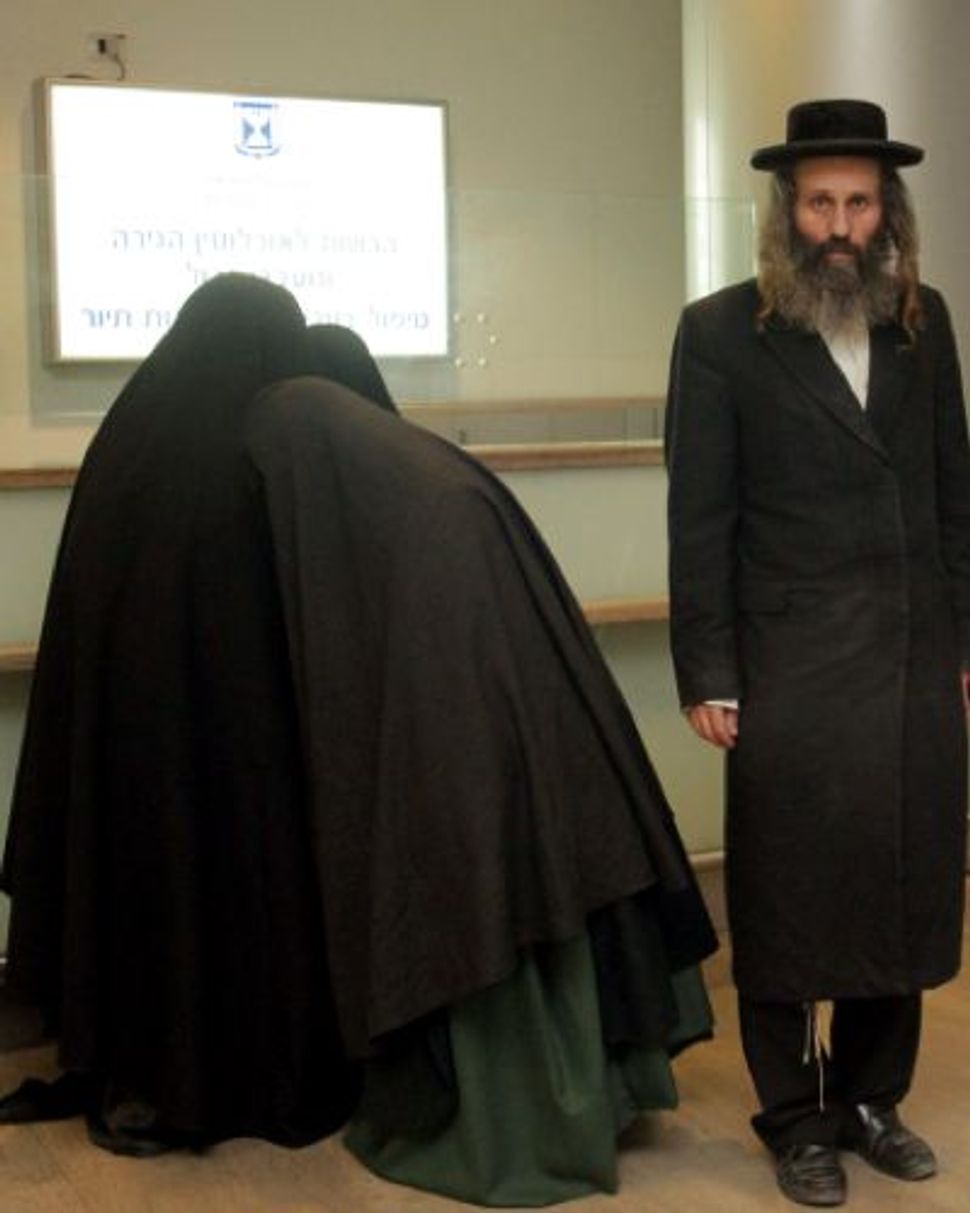 Israel’s High Court of Justice has just ruled that there can no longer be gender segregation on public streets of the Haredi Jerusalem neighborhood Mea Shearim, according to Haaretz. Except this year, the ruling states, when a barrier of up to 26 meters long may be erected to separate the sexes during the festival of Sukkot, as it was last year.

Jerusalem City Council member Rachel Azaria, who was recently interviewed by The Sisterhood’s Renee Ghert-Zand, and her colleague Laura Verton petitioned Israel’s High Court to require police to enforce the law, according to Haaretz. This is the last year when the segregation will be allowed, the court wrote in its decision. But of course that’s not very likely to provide a bulwark against the increasing confinement of Haredi women out of public view.

The extreme approach is quickly becoming normative and a value internalized by women in the community. That, in my opinion, is evident from what appears to be a growing number of women who are eager to comply in the name of obedience and modesty.

New York City workers last week removed Yiddish language signs that had recently been bolted to trees in Williamsburg, Brooklyn, exhorting women to “step aside” when a man walked toward them on the sidewalk. One woman quoted in this New York Daily News story said the signs were “a private thing” even though they were posted on public property. “It’s taking away freedom of speech,” she said.

The internalization of these once-extreme demands on women’s behavior is even more clearly visible in this recent article in the blog JewishMom. Blog author Chana Jenny Weisberg is horrified by the sight of Jewish women and girls wearing full-body black burqas in public lest they be seen by men, as members of the Lev Tahor sect in Israel do.

Weisberg saw an ad in a mainstream Haredi women’s magazine, “Binah,” urging women to adopt more stringencies in their personal comportment. According to the ad, the suggested stringencies include:

limiting brisk walking in public areas, limiting eating/drinking in public, especially where men are present, limiting talking on even “kosher” cell phones in public areas. When in public [street, stores, buses, waiting rooms] cell phones should preferably only vibrate silently. Turban/tichel should cover hair at all times (a tichel/turban is more mechubad [respectable] than a sheitl). Shoes/heels should be fitted with a rubber sole.

In her blog, Weisberg wrote:

I’m really not sure what to make of all this. This isn’t a fringe group. This is a prominent ad in Binah Magazine. Don’t get me wrong. I don’t mind that there are women out there who keep these stringencies. In fact, in this era when the world is SO out of control in terms of immodesty and sexuality, I’m sort of proud of these gung-ho ultra-tsnius JewishMOMs on the other side of the Brooklyn Bridge fitting their clickety-clackety high heels with rubber soles.

But there’s also something that bothers me about this ad. I don’t like this implicit criticism and judgment of women who are halachically modest but who are not ultra-tsnius. I am afraid, JewishMOMs, that things seem to have gone overboard somehow.

It’s wonderful that a Haredi woman with a public platform is bringing attention to the fact that things have gone overboard. But it’s not enough. Here’s hoping that the new year brings with it Haredi rabbinic authorities who are willing to stand up and put an end to this dangerous extremism that is becoming less extreme as its demands become increasingly regarded as mainstream.

Because no society that demands invisibility of its women is better off for it.