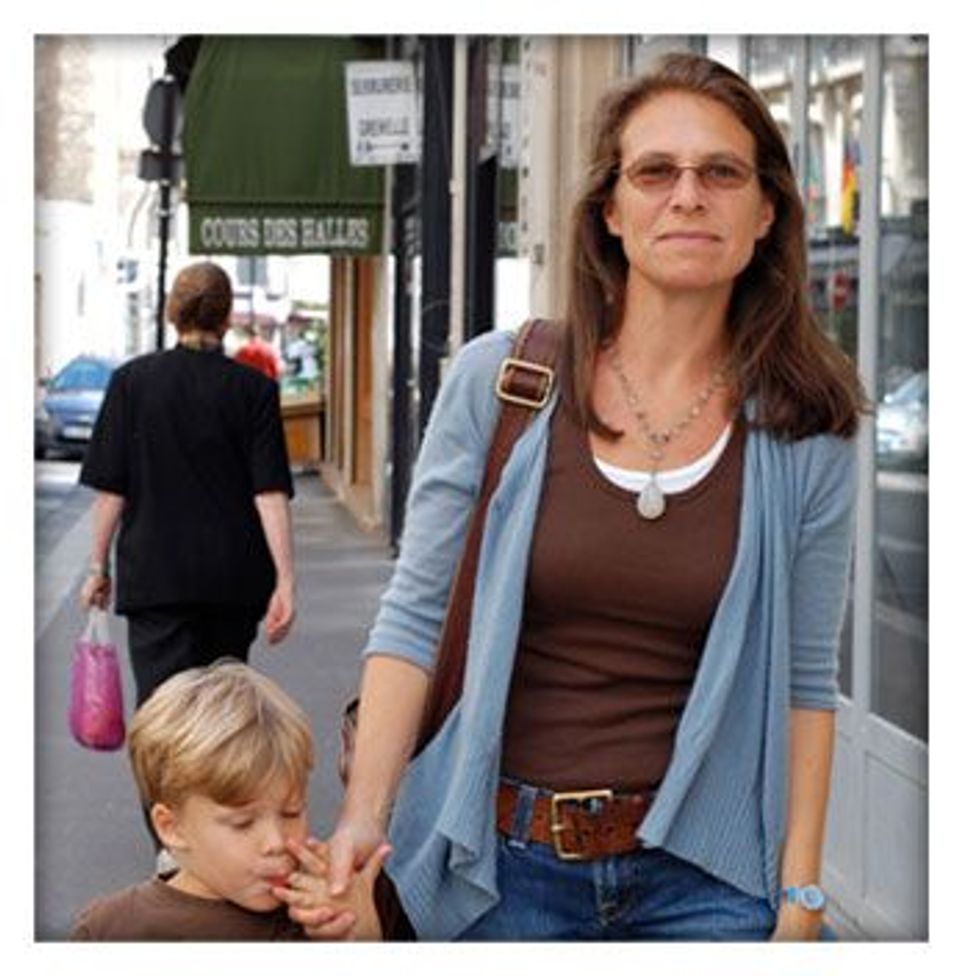 Every five years, Harvard graduates send their alma mater a few paragraphs (or a few pages) about their lives. These updates are compiled in what’s known as “the red book.” When it arrives in the mail, alumni not only devour it like a gossip magazine, they also use it as the yardstick by which they measure their own success.

But as Deborah Copaken Kogan reveals in her novel, “The Red Book,” that sort of relative measurement can be a blessing and a curse. The book depicts four female protagonists as Harvard undergraduates, and 20 years later, as their class reunion approaches.

Kogan spoke recently with The Sisterhood about how personal upheaval inspired “The Red Book,” the challenges inherent to working motherhood — she is the mother of three kids, ages 5 to 16 — and the person she thinks will be a “game-changer” for professional women.

Katharine Herrup: How did this book come about?

Deborah Copaken Kogan: I had just gone to my 20th reunion in 2008. Right around that time my dad had died of pancreatic cancer, my husband lost his job and we had to move our family to Harlem. So I decided to write about middle age and recession because they collided in a way that felt very visceral.

Why did you focus on female classmates?

I was born in the era of white gloves and Jackie Kennedy’s pill-box hats, but I grew up in the era of feminism. We were told we could have any job we wanted but once we hit the working world we had no infrastructure. There was no paid maternity leave or subsidized day care. The obstacles were so great as to sometimes be debilitating and I thought I couldn’t be the only one feeling this way. Then when all of us were turning 42, 43, an age when one hopes to be settled, the recession started to hit and suddenly many of us were instantaneously unsettled.

The characters feel very real and relevant even though the book is a novel. Where did you get your inspiration for them?

Originally, I had the idea about interviewing women in my class (‘88), but my publisher, Ellen Archer, said no one would be honest enough about their own lives. So I used fiction as the lie that tells the truth.

How did you choose the varying backgrounds for the quartet?

I knew one had to be an old WASP, New York trustafarian. I also wanted one who didn’t come from that world but did aspire to that world of wealth. There also needed to be a stay-at-home mother, but I wanted her to stumble into it circumstantially. I also wanted the perspective of a foreigner — someone who is able to look at America through a foreigner’s eyes.

Is there any part of you in the four female protagonists?

The characters are made up whole cloth, but in the same way Flaubert said, “Madame Bovary c’est moi,” all of the characters are me in some way. Jane, an international journalist, can be viewed as my Parisian self [Kogan worked as a photojournalist in Paris], but she is much more conservative than I am and has a completely different background (Vietnam orphan) and biography. Mia is Jewish, like me, and though I acted in college, I never lusted to be a film star like Mia, who actually went to Hollywood to give it a go. Mia is also from the suburbs like me — I grew up in Potomac, Md. Clover, a banker at Lehman Brothers, has an unbelievable outsider perspective, sort of like I did. The riff I did on proper names like Andover and St. Paul’s — they were completely new to me when I arrived in college as well. I thought prep schools only existed in “Catcher in the Rye” and “A Separate Peace.”

When you were at Harvard, were women still outsiders in some respects?

Yes. The best parties were at the final clubs, which are all male, and I didn’t want to have to be invited to a party by a boy. That part of Harvard felt like stepping back into the early 20th century. Mid-20th century, even. Even the Lampoon, Harvard’s humor magazine, had a lot of guys and very few girls.

Has that resistance to women carried over into your working life?

I am often judged as a person — my life choices and philosophy — rather than as a writer. They’re judged by their writing, end of story.

But it isn’t just men who need to treat women better, right?

Right. Men are taught to be outwardly aggressive so women’s aggression comes out in more subtle ways — the back-handed compliment, etc. I think [most] women realize by mid-age that we need each other.

Who’s a good role model for working women these days?

[Facebook COO] [Sheryl Sandberg]1 is an absolute game changer. She is actively hiring women and talking, quite publicly, about leaving the office by 5:30.