In Zuckerberg Nuptials, No ‘Intermarriage’ Talk 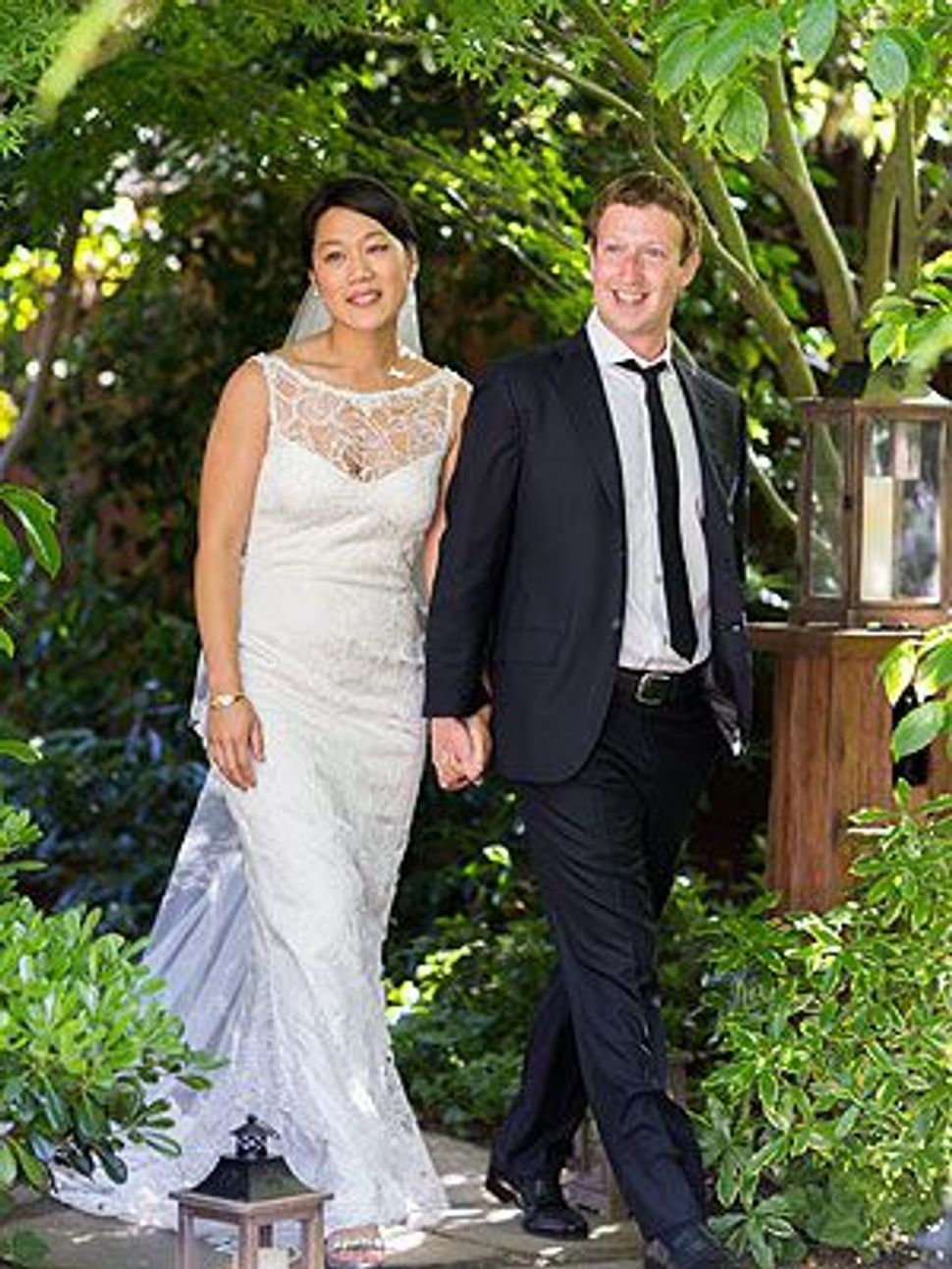 Mazel tov, Priscilla and Mark! You pulled it off: a surprise wedding. What was supposed to be a medical school graduation party for a newly minted M.D. turned out to be an event in which she collected a M.R.S. degree and also wedded a newly minted billionaire.

The wedding was strategically timed to happen the day after the huge news of Facebook’s IPO, which priced the company at more than $100 billion. The news was still being assimilated and the world was focused on the fluctuating stock of Zuckerberg’s compan — not his personal life.

Reactions to the wedding have been largely confined to the gossip columns, ranging from speculation over the existence of a prenup to the designer of Priscilla’s wedding dress to who sang at the reception.

In all of the coverage and commentary, however, there was no mention of intermarriage. The fact that a Zuckerberg was marrying a Chan never entered the conversation. Not only has criticism or condemnation been absent, but the fact that the bride was Chinese and the groom Jewish has barely been mentioned in any of the reports or reactions to the wedding.

Part of it was that the Zuckerberg-Chan union came as no surprise. The couple has been together since college. He has been describing himself as an atheist for years and has no visible connection to Jewish life or religion. There was no reason why his longtime girlfriend’s faith or ethnic background would be any impediment to marriage.

The non-reaction to the marriage is evidence of a long journey in just a few generations. American Jews have long been light-years away from the mindset of turn-of-the-past-century Tevye from “Fiddler on the Roof” who banishes his daughter Chava from his sight after she eloped with a non-Jew. The Broadway audiences watching “Fiddler” in the 60s and 70s already viewed his reaction as extreme and outdated. Yet, they could still identify and understand Tevye’s disappointment and anger, which many of them would have had to face when they brought home their first non-Jewish boyfriend or girlfriend.

By the 1980s and 1990s, when I came of age in the U.S., anger over intermarriage was already considered déclassé. A certain measure of parental disappointment was acceptable, as long as they quickly got over it. My parents stayed quiet when I introduced them to my non-Jewish boyfriends, but made it clear to me they were hoping that eventually I’d be standing under the chuppah with somebody Jewish, and that if I didn’t, they would be disappointed — that disappointment would likely have been channeled into finding indirect ways to pressure me into creating a Christmas tree-less home and sending my half-Jewish kids to Hebrew school. It is likely that I would have intermarried Chelsea Clinton-style — with an attempt to assuage everyone’s discomfort with a shout-out to the religions of both the bride and the groom.

The Clinton interfaith nuptials two years ago, unlike Zuckerberg’s, did, in fact, kick-start a conversation about intermarriage in the Jewish community. But the parents of the bride and groom themselves had no comment. Today, expressing disappointment when your child marries a non-Jew is more unusual. Expressing that feeling is viewed as insensitive and politically incorrect — as is any attempt to encourage conversion or pressuring the couple to agree to raising their children Jewish.

In Zuckerberg Nuptials, No ‘Intermarriage’ Talk