My 30 Minutes With Julia Child 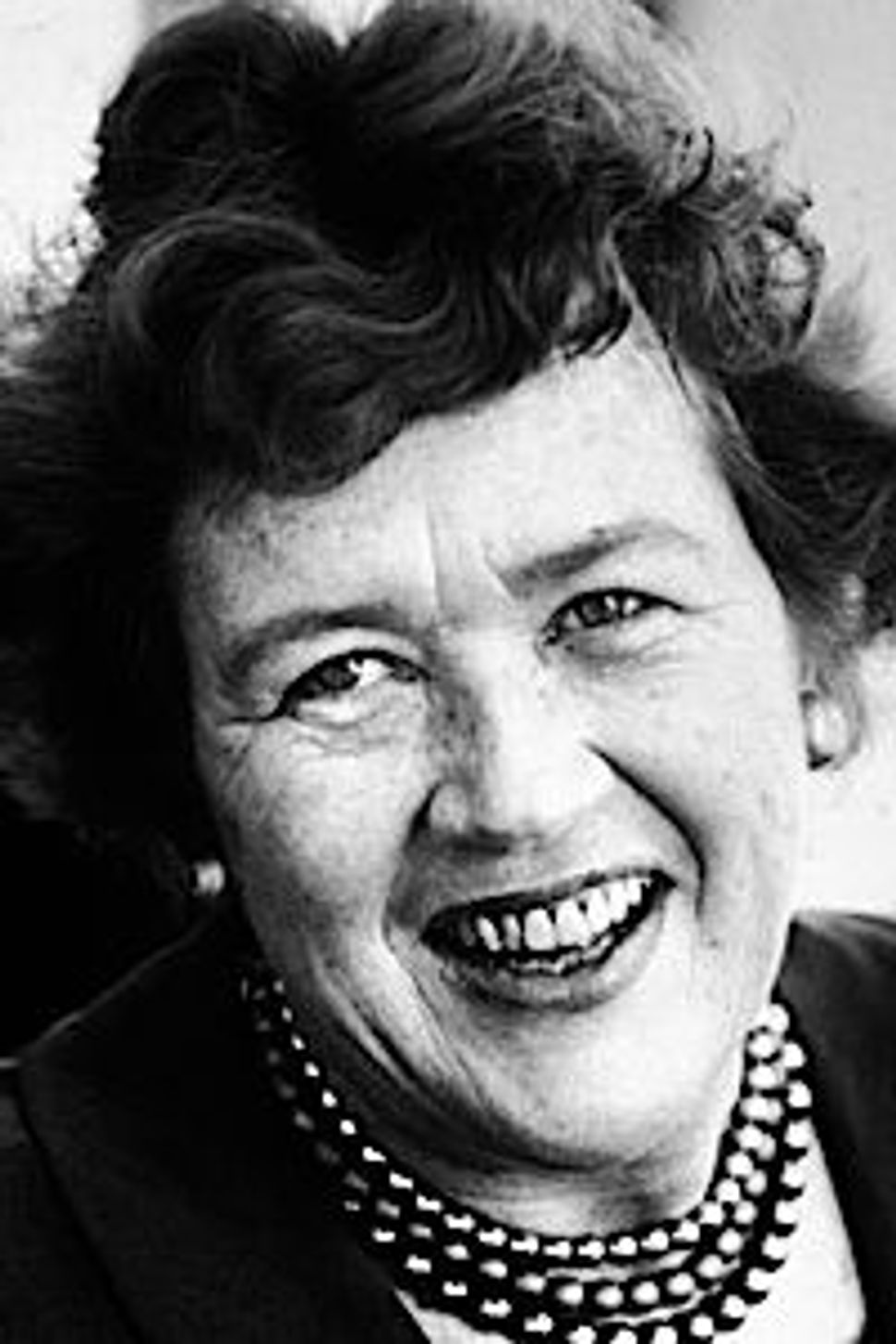 I grew up with Julia. I remember sitting in front of the TV watching her prepare foods that never appeared on our suburban table. As we ate brisket and applesauce, or meatloaf seasoned with Lipton’s onion soup mix, Julia roasted whole ducklings flavored with fresh oranges, and simmered beef into amazing looking stews with exotic French names. It was a glimpse into another world — of foods and a country that I could only dream about.

Fast-forward 10 years. It was my first job. I was a 20-something Editorial Assistant at Diversion, a travel and food magazine. Winter, 1977, and my boss called me into his office to say that Julia Child was in town, and did I want to go do a quick interview? I had just returned from a year at the Cordon Bleu in London and was devouring “Mastering the Art” and Julia’s television shows, trying to hone my skills. I wanted nothing more than to be a writer. Did I want to interview Julia Child? When I was 10 years old, I wanted to meet Julie Andrews more than anything in the world. At 16 it was Mick Jagger. But at that moment in my life, there was no one I wanted to meet more than Julia.

We were scheduled to meet in a hotel room in midtown Manhattan. I had my list of questions; I had done my homework. I’m afraid I couldn’t tell you what that hotel room looked like, or give you a blow-by-blow of our 30-minutes together, but there are several things about meeting Julia for the first time that I will never forget.

I am close to 5’8” and had grown up feeling like a tall girl — a “big girl,” as my mother always called me. But in that hotel room, standing there shaking Julia Child’s hand, I suddenly felt quite physically small. It had just not occurred to me that another woman could make me feel not big. And then, of course, she spoke. That famous-as-Katherine-Hepburn voice greeted me and introduced me to her husband, Paul, who sat in the corner. The vibrato of that sing-song New England speech, the way it simultaneously boomed and had great subtly, shook me to my core.

We talked about the food world and her cookbooks. We talked about Paris and London and the Cordon Bleu, and she seemed as genuinely interested in me as I was in her. When I asked a question, she looked into my eyes as if I was all that mattered. Paul sat quietly looking at a newspaper and I had the feeling he wasn’t quite there in that room with us. Several times Julia spoke of her husband and their relationship in the past tense. I found it quite jarring. I remember asking her a question about fresh vegetables versus the frozen ones in plastic pouches that I had grown up with. She told me, with a characteristic chortle, that once Americans had tasted really fresh vegetables there was “no turning back.” She said that we were slowly learning what the French had known for so many years. That the vibrant taste of a real pea or carrot would make American cooks never want to eat a frozen one again. And, of course, she was right.

I asked her about women and their place in professional kitchens, in the food world. She turned thoughtful, and told me, “We have to work harder, but women can do whatever they set out to do.” Snow started to fall outside the hotel window and she looked at me. “We have always been the backbone in the kitchen. No reason we can’t continue that tradition.”

When her publicist came into the room to announce that it was time for her next interview, Julia (Ms. Child, in my mind) stood up and gave my hand and shoulder and arm a huge enthusiastic shake. “Young lady,” she said, “I wish you the very best of luck in your career. What a pleasure to chat with you.” I took the elevator down to the lobby, walked into the midday, mid-town madness and realized that I had just spent 30 minutes with a legend. And although she had made me feel physically small, I had never felt quite so large in all my life. I smiled the whole way back to the office.

Julia Child had a lasting impact on countless individuals. See how she influenced the life and work of some of the most beloved Jewish chefs and cookbook authors of our time here

Kathy Gunst is the author of 14 cookbooks. Her latest book, “Notes from a Maine Kitchen,” was published by Down East Books last year. She is also the “Resident Chef” for WBUR’s award-winning show, Here and Now, heard on over 170 public radio stations. She writes and lives in southern Maine.

My 30 Minutes With Julia Child