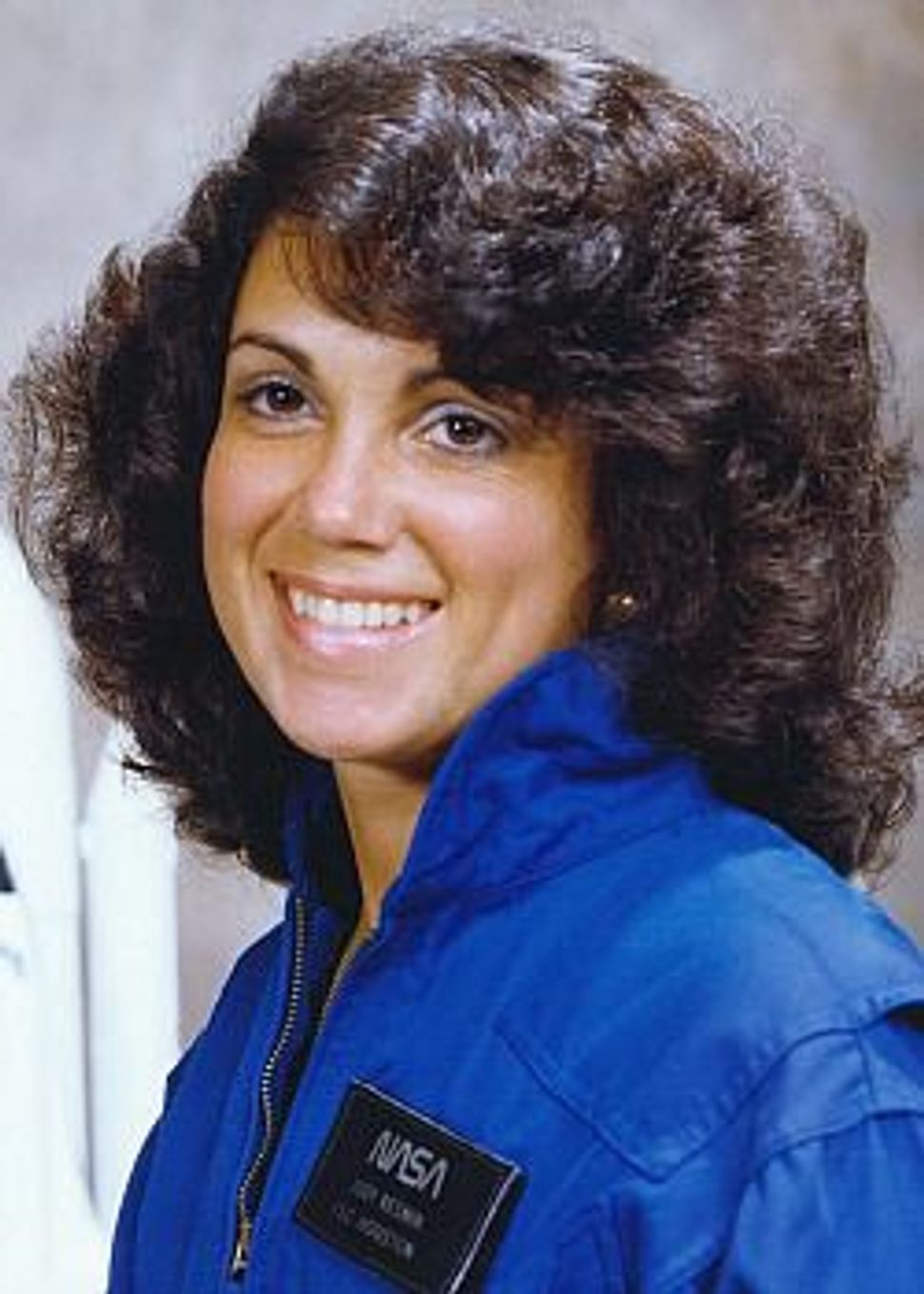 Astronaut Judith Resnik would have been 64 years old this week. Image by NASA/Wikimedia

Unlike my mom, who loves to “b’sheret” everything, I don’t tend to make a big deal of coincidences. But one happened this week that is worth a Sisterhood mention.

My mom had been going through some old boxes when she discovered the newspaper clipping of the Challenger disaster. “You wouldn’t let me throw it away,” she told me over the phone. “You were even a little meshuggah then.”

The next day I saw a Facebook update from the Jewish Women’s Archive about Judith Resnik, the only female, and Jewish, astronaut aboard the Challenger. Resnik, who was born on April 5, 1949, grew up in Akron, Ohio, where she attended Hebrew School and kicked butt in math and science from a very early age. She studied to be an electrical engineer and hadn’t thought much about joining the space program until NASA sought her out through a recruiting program for women and minorities. (Go quotas!) She joined in 1978, and in 1984 she became the fourth woman in the world to go to space. Two years later, she died. She would have been 64 this week.

While I didn’t get to go to space camp like some of my luckier, and richer, friends, I did spend much of third grade reading and watching everything I could about astronauts. In my (and most of Reagan’s America) book, they were perfect heroes — smart, athletic and adventurous. Best of all, some of them were even women. I was fascinated with ladies like Resnik and Sally Ride, the first American woman in space. I remember feeling both perplexed and delighted by the combination of their perfectly permed hair-dos and blue spacesuits. The world was suddenly so much bigger.

Unlike in most other liberal and affluent suburbs at the time, basically none of the mothers in mine had jobs outside the home. I guess the feminine mystique never really made its way to the Valley. Or maybe the moms there were too busy with their jazzercise, chopped salads and swimming pools to mind being home all day.

The only working women I came into contact whose jobs didn’t involve customer service or working with their hands were my teachers. I liked them all just fine, but since my books always had female teachers this didn’t strike me as special or particularly inspiring.

The idea that a woman could not only hold a serious job, but could, literally, reach for the stars, blew my mind. Really, what could be a better symbol for women’s ascension than a female astronaut? These ladies literally earned a seat on a rocket ship to outer space because they were smart and strong.

Feminists have a thing called a “click” moment. This the awakening of your feminist consciousness, or the moment you realized the world can and should be better for women. I didn’t quite understand this at the time, but Judith Resnik and Sally Ride were my click moment. I told my mom to keep the clipping.