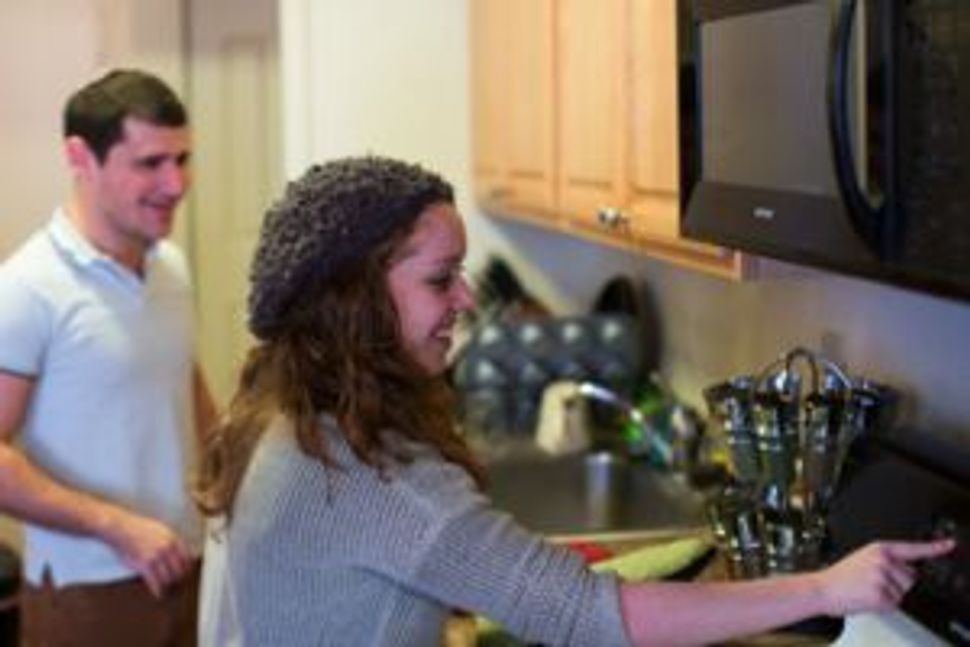 Baking challah does not seem like a particularly frightening task. Time-consuming and delicate, yes, but not scary.

But for many years, I viewed challah as something more powerful than its ingredients. Challah, to me, posed a challenge about love and marriage.

In my all-girls high school — a wonderful school, I might add, though at this point in my life I would probably disagree with half the things they teach in Judaic courses — the students were taught how to bake challah. In retrospect it seems silly, even stereotypical and sexist, but at the time it was simply sweet: we were taught to bake challah because, we were told, challah is a special woman’s mitzvah that is significant and even powerful.

There’s a blessing made over a certain amount of challah before it’s baked, and many women recite extra prayers at that time, such as for sick people. On top of that, though, the challah was meant to be something especially for married women. I had tried baking challah a few times around that age, and it never came out quite as well as my mother’s, nor as good as my other baking. I can’t really remember the exact correlation, but somehow it became linked in my mind that my challah would only be tasty when I was married.

By the time I was married, the idea had taken root that not only was challah good only if the baker was a married woman, but that the love of the marriage was what made the challah delicious. On the flip side, if a marriage were unhappy or unhealthy, the challah would be bad. (In case you’ve already written me off as a nut job, this is not something I made up completely, but was helped along in this notion by teachers’ lessons and through stories I read.)

Today, I don’t agree with everything that I learned in high school, but for some reason this challah-as-litmus-test idea stuck. Thus, when I was finally married, baking challah was not simply another task on Friday, but a test of my marriage. If mine was a loving, happy marriage, my challah would be good. If not…well, I was screwed, basically. The pressure was too much.

With the memories of my mother’s delicious homemade challah spurring me on, I tried my hand (and KitchenAid) at it a month or two into marriage. Lo and behold, it was actually not bad. Aside from saving a couple bucks a week, it was tastier than the challah sold nearby, and I got to pretend it was healthy since it was all whole wheat. Win-win-win.

I recently asked a few friends from high school if they remember the challah lessons — the teacher who took a class period to have a baking lesson with us, the teacher who taught us that challah was a women’s commandment. A couple of them did, but most of them didn’t remember it the same way I did — like a warning about marriage. I don’t know why the lessons had such a strong hold over me, but I do know that I’ve finally gotten over them. At least, when the challah comes out bad some weeks, I don’t immediately consult a marriage counselor.