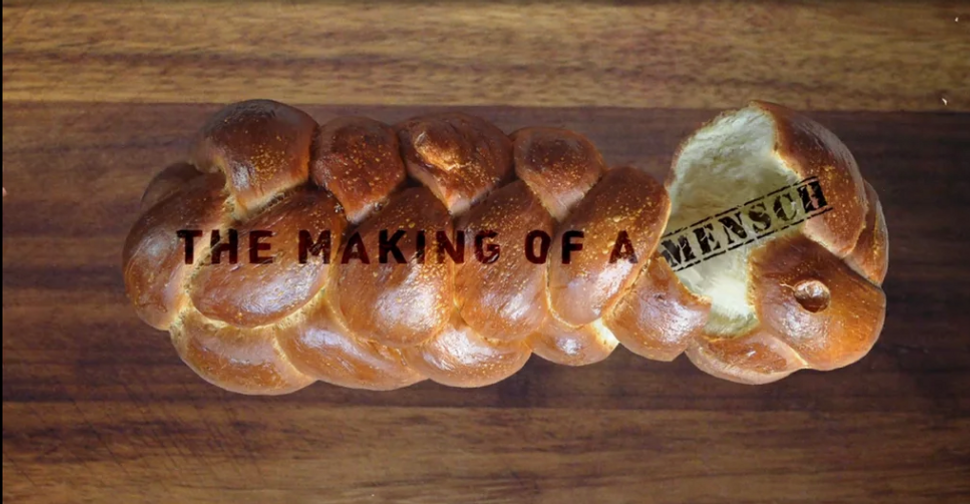 Tiffany Shlain’s film is one to watch on Character Day. Image by LetItRipple.org

In 2012, a Jewish lass in San Francisco frustrated by the difficulties of identifying straight Jewish men (“Oh no, he’s just Italian.”) decided to help herself find love by creating the “Mensch of the Month” calendar featuring desirables like Mr. October, a 25-year-old fireman named Kevin.

Adam Sandler’s 2008 affectionate cinematic spoof of Israeli masculinity “Don’t Mess With the Zohan” has its title character and a friend bond when each agree that the other is a mensch.

From all this, you’d think “mensch” means a decent, kind and humble man. However, the dictionary definition of the word is “a person of integrity and honor,” according to Leo Rosten’s classic lexicon “The Joys of Yiddish.”

And Tiffany Shlain wants to reclaim it. She’s the filmmaker and author who told the story of American-Jewish identity through the Barbie doll in the movie The Tribe, and who invented the “Oscars of the internet,” the Webby Awards, way back in 1996.

“I wanted to take back that word for both men and women,” she told the Forward in an interview leading up to the launch of the third Character Day, her annual celebration and global initiative. This year, on Sept. 22, 81,000 groups in 121 countries have signed up to watch films that prompt reflection about the meaning of character, and how to cultivate it.

One of those films is Shlain’s “The Making of a Mensch.”

“Character Day is about what does it mean to be a mensch,” she said. “Every day, we’re faced with decisions about that.”

“The Making of a Mensch” draws on the Jewish teachings of Musar, a Jewish spiritual school founded in nineteenth-century Lithuania that emphasized personal reflection, piety and ethical conduct. Other “Character Day” films: “The Science of Character” and “ClassDojo.”

“Character has been put to the test in this election year,” she said. “This election opened a path to bullying in public. Never been more important to talk about what does it mean to be a good person.”