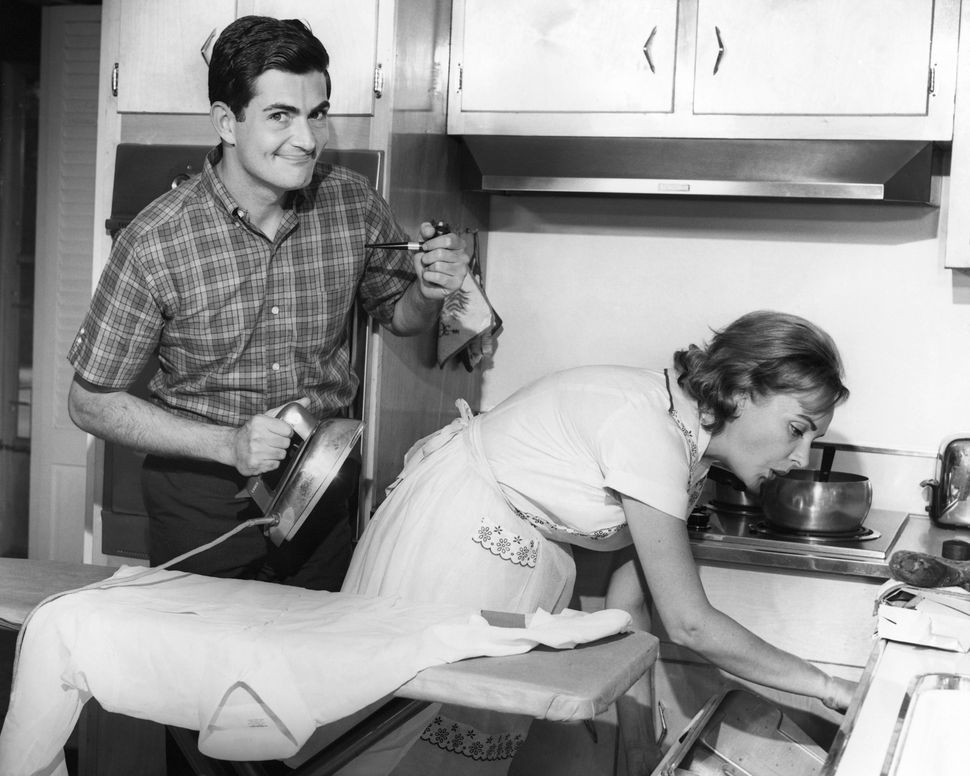 Trump official on tomorrow’s turnout: “It’s like predicting your wife’s mood. You have no idea what you’re going to get until you get home”

At Bloomberg, Joshua Green reports on the election in Florida’s Miami-Dade County, with a doozy of a quote from one “Brad Parscale, Trump’s digital director”:

“[T]he Trump campaign is hoping that come Election Day, the profile of the voters who turn up at the polls will be more favorable to their candidate, enough to tilt this pivotal state into the Trump column. ‘It will be close,’ Parscale said. But even he can’t know for sure. ‘It’s like predicting your wife’s mood. You have no idea what you’re going to get until you get home.’”

The remark is already alllll over the Twitter, and how wouldn’t it be? It has everything. There’s the reference to women as hormonal, moody, and irrational. The remark presumes men go out for the day and women stay home, wading in their own emotions. It’s insulting to stay-at-home mothers (and really to any married woman who gets home so much as five minutes before her husband). It assumes not just a male reporter who will chummily understand how it is, one presumed-paterfamilias to another, but a straight, married, male electorate.

Which is, alas, wishful thinking on Parscale’s part. If only married men could vote, Trump would do great! But happily, suffrage isn’t quite so restrictive these days.