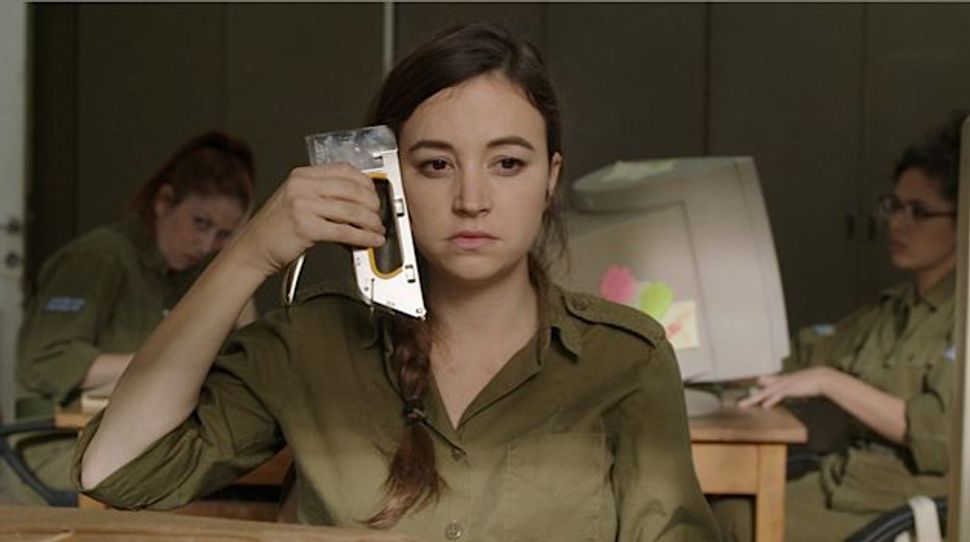 Over the weekend I finally got around to watching “Zero Motivation,” the 2014 IDF tragicomedy by Talia Lavie (interviewed here). The movie centers on female characters’ experiences doing administrative work as part of their mandatory military service, and has been aptly compared to “Office Space.”

What most struck me about the movie, watching it as (how else?) an American Jewish woman, was how it pushes back against the positive (that is, vaguely condescending) cliché of Israeli women as somehow immune to the petty concerns of American Jewish women; American women generally; or indeed human beings on the whole. Somewhere along the line — from ambient stereotypes? from an Israeli-American acquaintance whose family had warned him against American Jewish girls? from Birthright? from my own Zionist and self-deprecatory daydreams? — I picked up the notion that Israeli women were somehow better. And that superiority was rooted in time spent in the IDF. At the age when I was trying to work magic with a hair iron in a dorm room, en route to some terrible frat party or over-my-head seminar on Foucault, my Israeli equivalent was Serving the Jewish People.

“Zero Motivation” reveals what ought to have been common sense: Everyone but everyone has those so-called First World Problems. The desire to hit the town wearing fabulous shoes, while not universal among women, is a fairly universal part of conventional femininity. The inability to take mundane work tasks seriously isn’t some weird trait specific to the American millennial, but rather something one finds in office settings everywhere.

What I most loved about the movie (apart from the amazing analysis of the concepts of “East” and “West”) was precisely that it rejects the very notion of experiences straightforwardly building character. Yes, obstacles can bring about scrappiness, but nothing’s 100%. I don’t want to do spoilers here, but it’s fair to say that lessons are not learned. The lure of strutting around Tel Aviv (which is indeed a lot of fun) cannot be repressed.