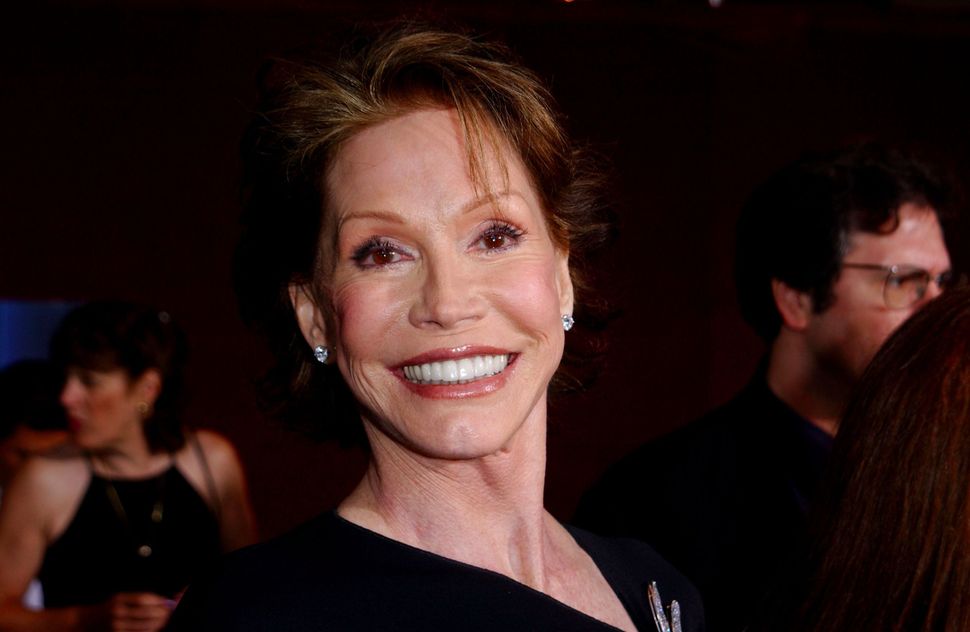 Mary Tyler Moore has died today at 80. Who was she and why am I crying?

Next, as Laura Petrie, on The Dick Van Dyke Show:

Laura Petrie, Moore’s character on the show, was also a style icon, dare I say my style icon, even if the result is… well, what it would be on someone 5’2” who’d never been a dancer.

Mary Richards, however, changed everything. It wasn’t just that there she was, a 30-something unmarried woman whose work life and female friendship were the plot. It was, well, every facet of the show. Her interactions with her male boss and nearly all male colleagues. Her chats with neighbor and (Jewish) best friend Rhoda, ostensibly about their quests for husbands, but only ostensibly. Mary Tyler Moore, iconic largely from that role, represents a moment of tremendous feminist hope.

The Jewish history of Mary Tyler Moore, person and TV personas, is extensive and very well-known, or maybe just in my family? There was the Mary Tyler Moore Show episode where Mary fights anti-Semitism. (A snooty old friend of Mary’s turns out to hate Rhoda for a sinister reason.) There was, well, Rhoda. Her earlier series, The Dick Van Dyke Show, has Jewish undercurrents it would take an entire generation of my female relatives to unpack. And Moore herself married a Jewish man, in a ceremony with a rabbi.

Mary Tyler Moore, you will be missed but not forgotten.