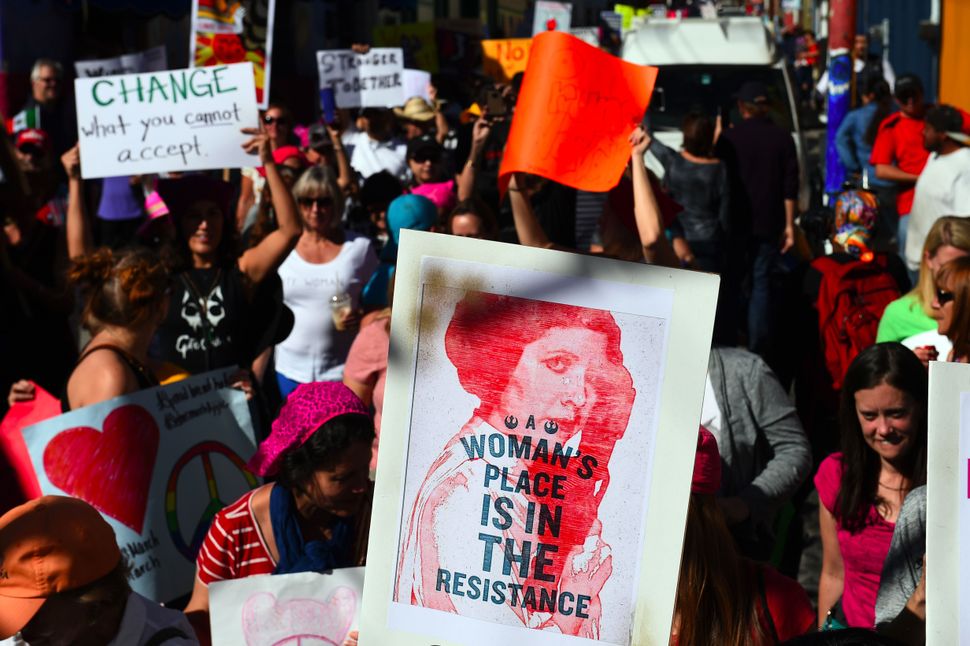 For the past 40 years the Jewish feminist magazine Lilith has been in print continuously. That milestone was recently celebrated at Brandeis University, the new home of the magazine’s archives of manuscripts, photographs, letters, drafts, notes, exhibits and more. For the past four decades Lilith has rehabilitated and promoted Lilith, Adam’s first wife, as a symbol of the Jewish feminist movement. “She went from demon to hero,” said Lori Lefkowitz at a gathering of Lilith devotees.

Lefkowitz, the Ruderman Professor and Director of the Jewish Studies Program and Director of the Humanities Center at Northeastern University, was among the four panelists who joined Lilith’s founding mother and editor-in-chief Susan Weidman Schneider in late March at Brandeis University for an afternoon of tributes to and remembrances of the iconic magazine. Other participants included Idit Klein, executive director of Keshet, Rachel Kadish, a novelist and former Lilith intern, and long-time senior editor Susan Schnur.

Joyce Antler, Professor Emerita of American Studies and Women’s, Gender and Sexuality Studies at Brandeis, framed the afternoon’s festivities with a rich history of the feminist movement that gave rise to Lilith the magazine. Antler noted that the magazine brought the voice of a new and vibrant Jewish movement to the forefront through reported articles, fiction, poetry and opinion pieces that tackled subjects such as abortion, the anti-Semitism of the Jewish American Princess (JAP) stereotype and feminism in Jewish life.

Schnur, who described herself as a recovering rabbi, said that Lilith was her “paper pulpit” from which she preached her brand of Jewish feminism using a broad medium. The magazine also became a calling for her. “We helped to transform Judaism into something beautiful and plausible for thousands of Jewish women,” she said.

Lilith came into the world during a decade that saw the launch of the secular women’s movement. Antler recalled attending the grand New York City march in 1970 that commemorated the 50th anniversary of the women’s vote. During that march Betty Friedan told the crowd that her Jewish ancestors said prayers that thanked God for not having created them as a woman. But from that day forward women all over the world would begin to thank God that they were created as a woman. Six years later Friedan was featured in Lilith’s first issue in which she called upon Jewish women “to stop raising money for Jewish organizations which discriminate against them or exclude them from membership.”

For some feminists, Friedan’s mandate extended to foregoing altogether ritual garb that some considered to be patriarchal objects. But as Lefkowitz pointed out, for others “Judaism got more colorful tallitot and kippot.” Weidman Schneider added that the mainstream feminist press “scorned Jewish issues as parochial or worse anti-feminist because they sprang from our attachment to a patriarchal religion.” And while many defended Lilith as making room for women in the “mosaic of feminism,” echoes of that controversy can still be heard today in debates about the compatibility of feminism and Zionism. In Lilith’s latest edition, Weidman Schneider editorialized that, “Fidelity to feminism should not have as its litmus test a stipulation that one renounce Israel, nor any other country. … Likewise, feminism should not require that one take a stance against Israel – even while debating or denouncing some of the state’s policies on the Occupation or on anything else.”

For Rachel Kadish, Lilith’s commitment to publishing fiction continues to be inspirational. Fiction, she said, allowed her to tell truths of what it meant to be fully human. The genre, she said, enabled her “ to remedy caricatures of women and give them their full humanity.” In Kadish’s newest novel The Weight of Ink, she has given voice to a 17th century Sephardic woman named Ester Velasquez who wrote under male pseudonyms. The book, which is due out in June, gives credence to Virginia Woolf’s observation that the byline “anonymous” usually belongs to a woman. “There are so many stories of brilliant and determined women who were thwarted,” said Kadish. “We have all of Jewish women’s history – an unvoiced history – to work with. My editor says that if my main character were alive today she would be like Ruth Bader Ginsburg.”

Idit Klein told the audience that, “Lilith has always been an arena were LGBTQ voices have been part of the conversation. Lilith has also always understood that misogyny and sexism are part of a larger system of oppression including homophobia, transphobia and heterosexism.” Over the years Klein has listened to stories in which these prejudices have driven people from the Jewish community. When she first began her work with Keshet, it was difficult for her to find rabbis and Jewish leaders who supported the organization’s mission. But there has been a positive sea change that Klein correlates with the rise of feminist rights.

As for the future of Jewish feminism, Lefkowitz proclaims that the movement has changed liberal Judaism. “No aspect of the Jewish life cycle or holiday cycle has been untouched by the work of Jewish feminists. [Lilith] has been both a megaphone and a bridge that has brought voices of feminist scholars to the Jewish community and vice versa.” And as the afternoon’s presentations demonstrated, the magazine continues to be a shining example of resistance and perseverance working in tandem.

Judy Bolton has written about Jewish arts and culture for two decades. She is the culture reporter for JewishBoston.com