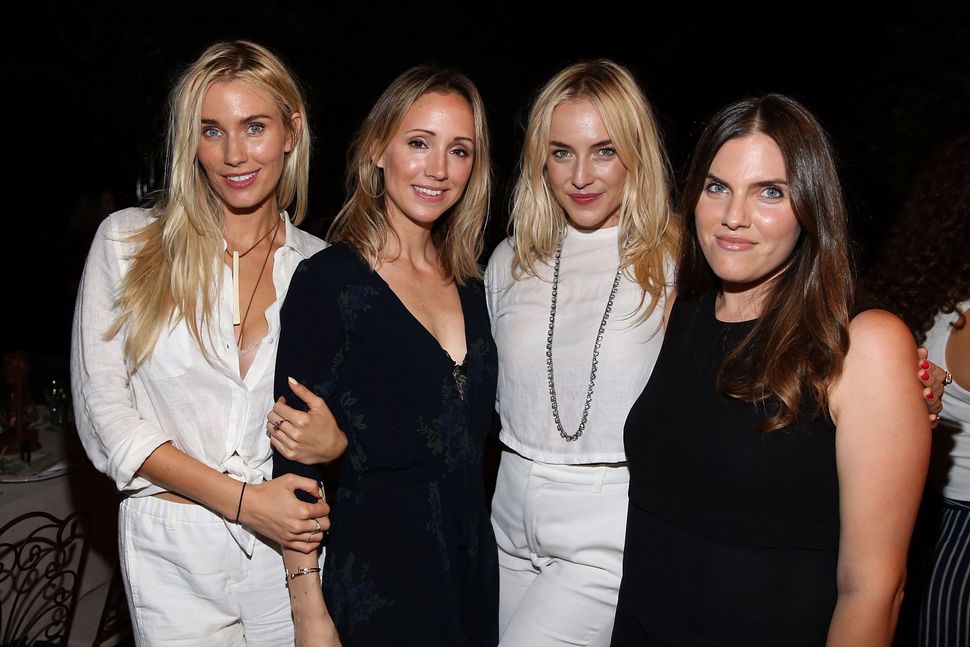 In the New York Post, Lauren Steussy reports on a planned Israeli wedding with a twist:

“They’re going to be standing up there with me, so they want to look good and feel good too,” says the slender, blond entrepreneur.

“The day after the wedding we’re doing a beach day and then going to the Dead Sea,” says Tingle. “We’re going to be in swimsuits, so they’re all motivated.”

Motivated to… be thin? Which one needs to be in order to be (photographed) in a swimsuit? (Not a burkini, one assumes.) Is that really necessary?*

Tingle claims “[h](Tingle is, after all, a girl boss.) Each to her own, but I will put in a small plea to remember that it’s entirely possible to a) get married, b) attend a wedding, and c) dip in the Dead Sea without dieting or embracing the “clean eating” lifestyle. (And, indeed, to do all those things while being put off by the very concept of dividing food consumption along those lines.) I mean, if you’re going to be covered in mud regardless, why not have a falafel with the fries in the pita? A little dirt never hurt.