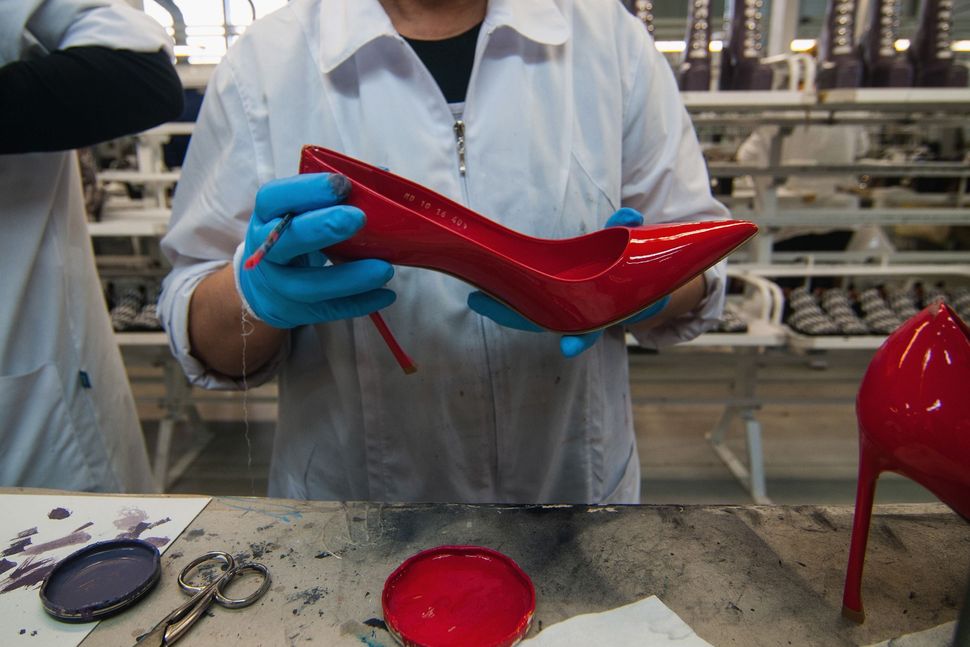 A worker finishes the shoes on November 4, 2016 in Padova, Italy. The consortium of Riviera del Brenta in Padova has continuously served as the home base for a number of the world’s leading specialists in luxury footwear manufacturing, including Valentino, Missoni, Alain Tondowski, Arvid Yuki Shy and Rayne London. Image by Getty Images

If you’re tired of this season’s handbag styles, why not design one yourself?

“XYZBag explores the power of 3D technology, while empowering the uniqueness of the individual,” CEO Annalisa Nicola told The Forward at this year’s OurCrowd Global Investor Summit in Jerusalem.

A customer simply visits the company’s website and customize a basic tote bag or clutch with a new handle, color, design or even texture, transferring her design aspirations into a digital file that can then be 3D printed and delivered to her doorstep in 30 days.

“I believe 3D printing has reached a tipping point, and it is about to go mainstream, where the 3D prototype will replace the manufacturing of the product itself,” Nicola said from the summit’s crowded Fashion Tech Plaza.

XYZBag was one of six Italian fashion tech startups in Israel on February 1 for the world’s largest annual investor conference showcasing the latest in mobility tech, drones, robotics, artificial intelligence and medtech. The OurCrowd Summit drew 10,000 people from 90 countries, including 1,000 startups and 500 multinational firms. 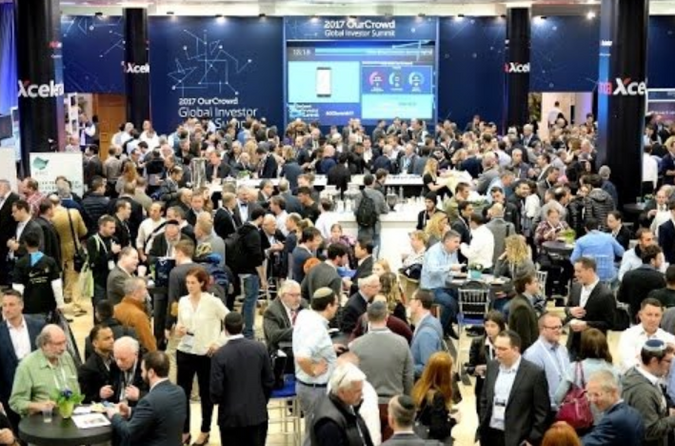 Italian Ambassador Gianluigi Benedetti said he brings Italian startups to Israel to learn from and tap into the Israeli startup fever, aiming to connect Israeli innovation with the European marketplace.

“In this particular sector of fashion, we hope to put together Italian excellence with Israeli technology,” said Benedetti. “Our economic systems are very complimentary.”

Andrea Carpineti, the CEO of Design Italian Shoes, who lives and works in Le Marche, Italy – known as Shoe Valley – came to Israel on a mission to find an Israeli AI strategist who could help ‘Design Italian Shoes’ make intelligent design recommendations to its customers. 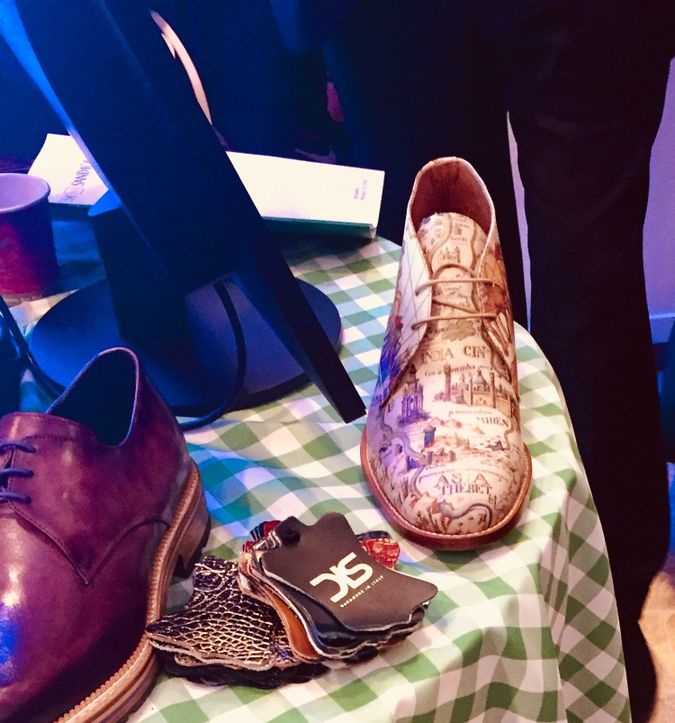 A DIS shoe on display. Image by Maayan Jaffe

Carpineti said that in his hometown, he was watching as premier Italian shoe artisans were shuttering their doors because they could not compete in the international marketplace.

“These are small artisans in Shoe Valley that make high-quality shoes, but they don’t even have a website, and most don’t know English,” Carpineti said.

Using the company’s 3D configurator, a customer can choose from hundreds of models of shoes and then customize every part of it, from the material, the color, the eyelets, the laces, the lining and even the sole. There are more than 50 million combinations, including ones in which the buyer submits his name or own image to be painted on the shoe. 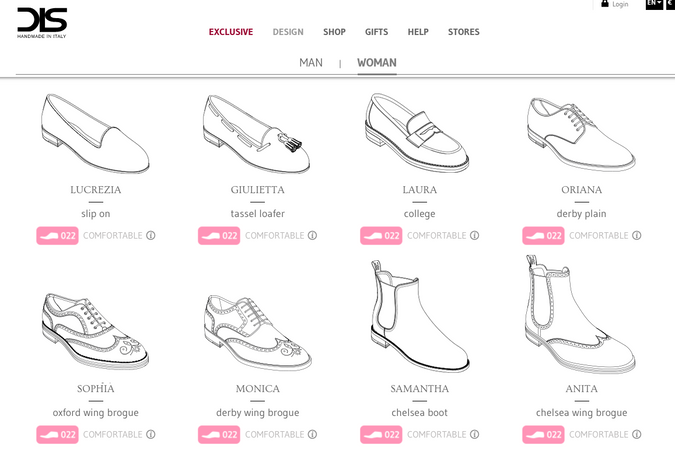 Image by Screenshot of DIS site

The fabrics are premium Italian label fabrics, including hand-painted and hand-brushed leather. Prices range from an average of 300 euros ($375) to as high as 4,000 euros ($5,000), “We believe in mass customization,” said Carpineti. “We have everything you can imagine.”

Other companies are less interested in customizing fashion – and more in making it eco-friendly.

Duedilatte came to Israel pitching its wildly imaginative product: The company makes the first-ever T-shirts and baby clothes made from ‘latte’, the Italian word for milk.

Founder and CEO Antonella Bellina was a textile research student. One day, she was pondering Italy’s horrible waste of more than two tons of milk annually. She tried turning casein milk protein into fiber, and it worked. From the fiber, she makes thread and then weaves it into soft-as-silk fabric.

The creamy white garments are 100 percent natural, anti-bacterial, anti-allergen and ultra-breathable. The casein produces 18 amino acids that moisturize the skin.

“The fashion industry procures a lot of pollution,” said Bellina. “The potential market for this fabric is very large – not just in the fashion industry but the medical industry, because my fabric is certified organic and good for the skin.” She dyes her clothes, all made in Tuscany, with leaves.

In Israel, Bellina said she was looking for potential investors or an Israeli business partner who could help leverage new market opportunities.

“The name Duedilatte means two ways to see the milk: you can drink it, or you can wear it,” said Bellina, as she exchanged business cards in hopeful anticipation of closing a deal with one of the dozens of prospects who crowded around her booth.

It was Bellina’s first time in Israel. And although the trip has not yet led to a new contract, she said that being at OurCrowd, and in the tech-driven startup nation, she could envision “internationalizing” her brand in a way she never considered.

“Right now I am mostly B to B, but I could see doing B to C or e-commerce,” said Bellina. “Here, I’m working on it. In Israel, I’m looking to the future.”