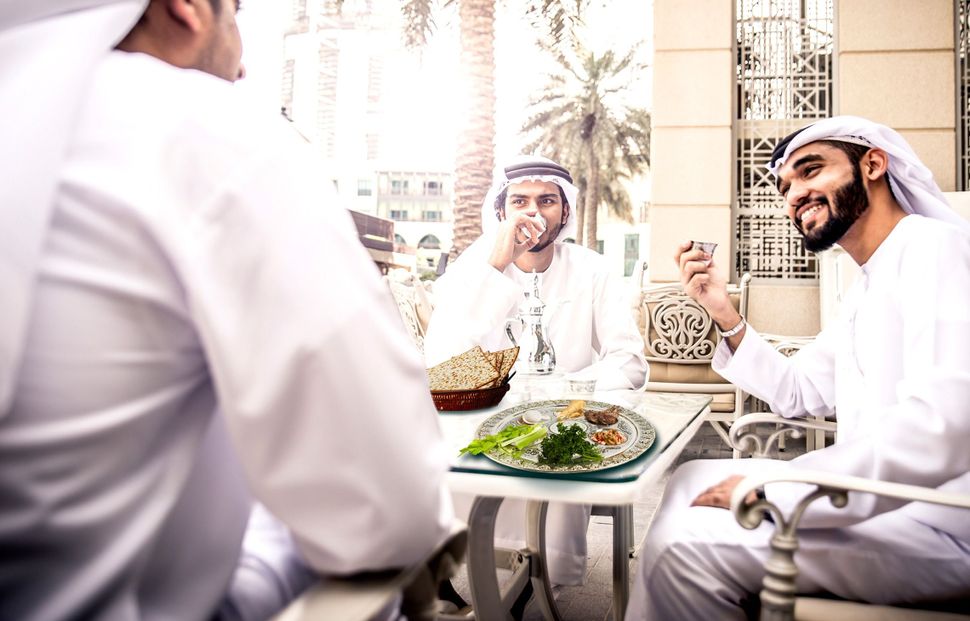 During my eight years teaching at Georgetown University’s branch in Doha, Qatar, my wife Ann and I tried to hold a Seder in our home on Passover.

While not banned, Passover was not exactly a cause for public celebration in the Wahhabi Arab Gulf state, with many, many Muslims and very, very few Jews.

I recall one Seder near the end of the Obama years. It came just as the White House was arguing with the Netanyahu government over Israel’s expanding settlements, as sporadic fighting was breaking out in Gaza and the West Bank, and as Qatar’s Emir was attending the Arab summit and calling for increased resistance to Israeli occupation. Qatar’s local militant mullah, Dr. Al-Qaradawi, added his own two-cents, by calling Jews a ‘miserly’ people who were not giving up Jerusalem unless pushed out by force. His Friday sermon was, as customary, featured on the front page of the local Gulf Times.

Offsetting the political tensions of the moment were our new neighbors. Irwin and Patricia had just moved to Doha, sent by Irwin’s construction company to complete a project in the north of Qatar. They had been immersed in the expat life for most of Irwin’s career having lived in Gabon, India, and most recently, in Singapore. They were also observant Jews.

We had first encountered each other in the covertly serendipitous way that public misfits —from drug users to homosexuals—meet in disapproving societies: quiet networking.

Irwin and Patricia had found themselves at a Sunday afternoon expat barbecue pool party in the al-Sanmaria housing compound as newcomers introducing themselves to strangers. But when you’re newly arrived and a bit paranoid, who can you trust with a question like: “Any other Jews ‘round here”? Their reasonable solution was to quietly engage a Catholic priest sitting at poolside with questions about ‘the Jewish community’. They asked the elderly Jesuit if there was a rabbi in Doha. He replied, ‘No, there’s certainly no rabbi here. But talk to Gary Wasserman over there.’

And so our friendship began. Patricia and Irwin soon proved eager recruits for carrying out our semi-covert Seder. My wife Ann and I had previously done a few, but they were slapdash — downloaded prayers, canned chicken soup, and a majority of curious expat gentiles around the table. But now supplemented by a Passover care package sent by Patricia’s mother, we upped our game a couple notches. There was matzoh ball soup made with matzoh meal Actual Manischewitz matzoh had been smuggled through customs as crackers, along with Haggadah prayer books that Irwin miraculously brought past customs officials.

The Seder plate, the centerpiece, was carefully laid out, with a hard-boiled egg, three matzohs, lamb shank, chopped apples, nuts and wine, asparagus as ‘karpas’, and lettuce imitating the bitter herbs symbolizing the harsh years of slavery.

An unspoken discretion surrounded our Seder. We invited several other expat friends we could trust — another Jewish Georgetown professor, a visiting Boston lawyer, a Polish teacher, a Malaysian couple. One guest invited a friend, who happened to be a young member of Qatar’s ruling family and who wanted to learn about Passover. After first accepting the invitation, he later bowed out.

Our planning emails had never actually mentioned ‘a Seder’. Our dining room table was next to windows that bordered the street, and so the blinds were closed to keep passersby from looking in. This restraint may not have been necessary. Irwin said he had put up a mezuzah on his door, but on the inside of the doorway—as advised in potentially hostile environs— and not outside the door, as is customary. In Doha, I had personally never thought of putting up a mezuzah; the risk was too high.

We started the Seder at sundown, put pillows on each chair, had the youngest among us pose the four questions, noted the ten plagues, and explained the meaning of each food and why this celebration of freedom was so important here and now. We diligently went around the table giving each of our guests the chance to read parts of the Haggadah prayers and stories covering the history of Passover. The irony of being surrounded by Arabs, yet again ‘way down in Egypt land,’ was not lost on those assembled. Who knew that Exodus came with a round trip ticket.

In my toast that night, I noted that our experience living in Doha was much more like the historic Jewish diaspora than our experience in the United States. Qatar, of course, hardly offered the same reassurance, legal security and welcome that came from the history and prominence that Jews had found in America. Yes, we were prospering and safe in Doha, but our bags remained figuratively packed in the bedroom, much like I could imagine the Jews living in the 19th -century shtetls of Czarist Russia.

Just like those Jews a century ago, we knew that here in Doha, we would only be guests.

Gary Wasserman was a professor of government at Georgetown University’s School of Foreign Service in Qatar. His memoir, The Doha Experiment: Arab Kingdom, Catholic College, Jewish Teacher (Skyhorse) was published in Fall 2017.