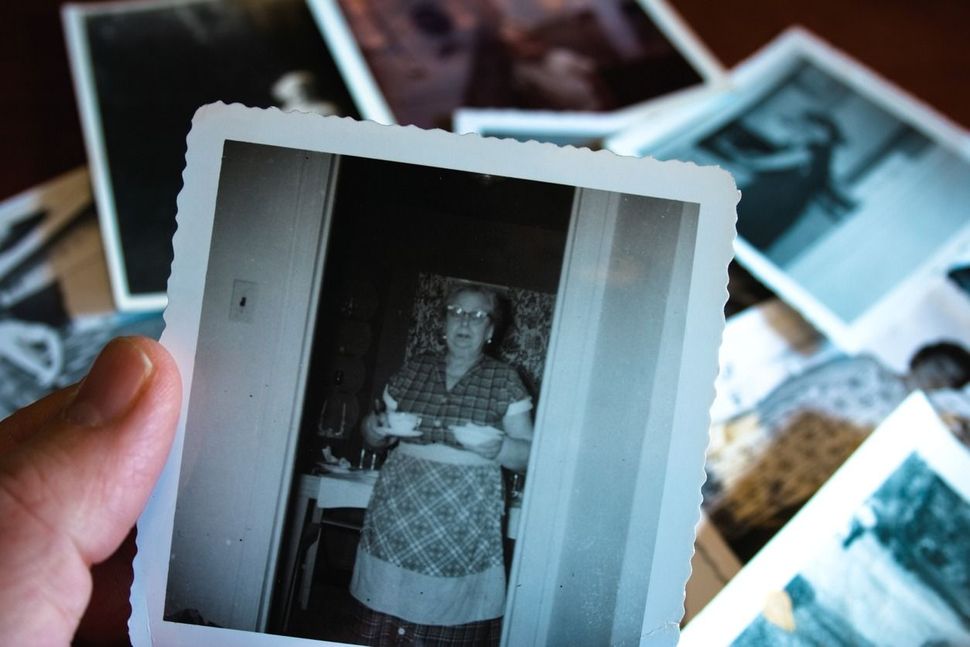 When Bubbe, my plump, good-natured, maternal grandmother came to my parent’s house for Passover, she never ate with us in the dining room. Instead, Mom served her in the kitchen before we sat down.

I sensed that this arrangement was somehow for my grandmother’s comfort, but I never fully understood. Was it because Bubbe came to this country basically illiterate, and never learned English, enough to take part of the table conversation? Because she ate more with her hands than with utensils? Or because she considered it a delicacy to suck chicken necks?

In looking back, I am struck by the shifts in food preferences that increasingly distanced me, as an American Jew, from my family’s Eastern European roots. My grandmother knew how to make all of the traditional Jewish foods of her native Belarus. I am told she used to put live carp in the family bathtub, then whack it over the head to make gefilte fish.

Years later, my mother, a reluctant cook at best, managed to put a chicken or brisket in a pot and, in rare moments of inspiration, could make a credible stuffed cabbage. Everything else she bought pre-made at the deli, including gefilte fish, sparing her children the trauma of seeing their dinner swimming in the bathroom.

As a first-generation American, Mom lived in two worlds, spoke two languages, craved the shtetl foods of her mother while trying to maintain her own American Jewish kitchen.

But those shtetl foods terrified me as a child. When I was eight, I once walked into the kitchen to see a strange lump of raw meat on the counter, rounded on one end with a pebbled surface. Somehow, it looked familiar — in a stomach-churning way.

My own tongue recoiled inside my mouth. I looked again in disbelief. I envisioned its former existence inside a cow, chewing its cud before having its throat slit and its tongue ripped out. Barbaric!

Believe me, I didn’t.

And this was just one of many ethnic foods that sent me running out of the kitchen. Others included chub, a smoked fish with glassy eyes, glistening golden scales, fins and tail. I couldn’t even stomach lox because my sister told me it was raw goldfish, nor could I tolerate the grisly sight of yellow chicken feet or the glass jar of schmaltz in the back of the fridge.

It wasn’t just the odd foods Mom brought into our home that irked me. As a child, I was bothered by her nostalgic longing for things I found disgusting.

She beamed recollecting her mother’s gribenes, the Jewish version of pork rinds made from chicken skin cracklings fried in chicken fat with onions. Mom savored kasha varnishkes, bow-tie noodles with buckwheat groats, onions and – wait for it – chicken fat. Worst of all, she sometimes had a yen for kishka, Yiddish for “guts” stuffed with flour, onions, meat and you-know-what. It looked and smelled as appetizing as the squiggly things eaten by blindfolded reality show contestants.

None of these Old World foods every found their way to my kitchen — except for an occasional stab at making kugel, a high cholesterol noodle pudding that has put a Lexus in many a cardiologist’s garage. I don’t jones for bagels and lox on Sunday mornings — I want Eggs Benedict or Huevos Rancheros. And the mere sight of fat clinging to supposedly pre-trimmed raw chicken makes me cringe.

In retrospect, I see a correlation between my move away from the Yiddish language and its foods, and finally achieving assimilation.

Gastronomically, my Bubbe never really left her shtetl. My mother, on the other hand, was stuck between, finding comfort in her daily Yiddish phone calls with Bubbe, while her children begged her for the American foods they saw on TV: Oscar Meyer wieners, Royal Pudding, Spaghetti O’s! And I, in the meantime, was committed to being as American as wonder bread.

But now that Bubbe and Mom are both long gone, I am aware of the price of my Americanization. I cannot speak their Yiddish, except for a handful of obscenities. I have traded in their live fish and chickens for skinless, boneless portions hermetically sealed in plastic.

And here I am, decades later, and every once in a while, usually on a cold blustery day, I find myself craving a taste of the Old Country.

That’s when I make a pilgrimage to a Jewish deli forty-five minutes from my home, even though there are two much closer. Why? Because only they make cabbage borsht that brings tears to my eyes. It is sweet with golden raisins, thick chunks of tender rib meat, diaphanous cabbage in a rich tomato sauce with a hint of lemon. I sit in a booth with a piece of rye bread in one hand, a spoon in the other and drift back through time.

To other patrons, I appear to be a woman dining alone.

Far from it. I am in the kitchen with Bubbe.