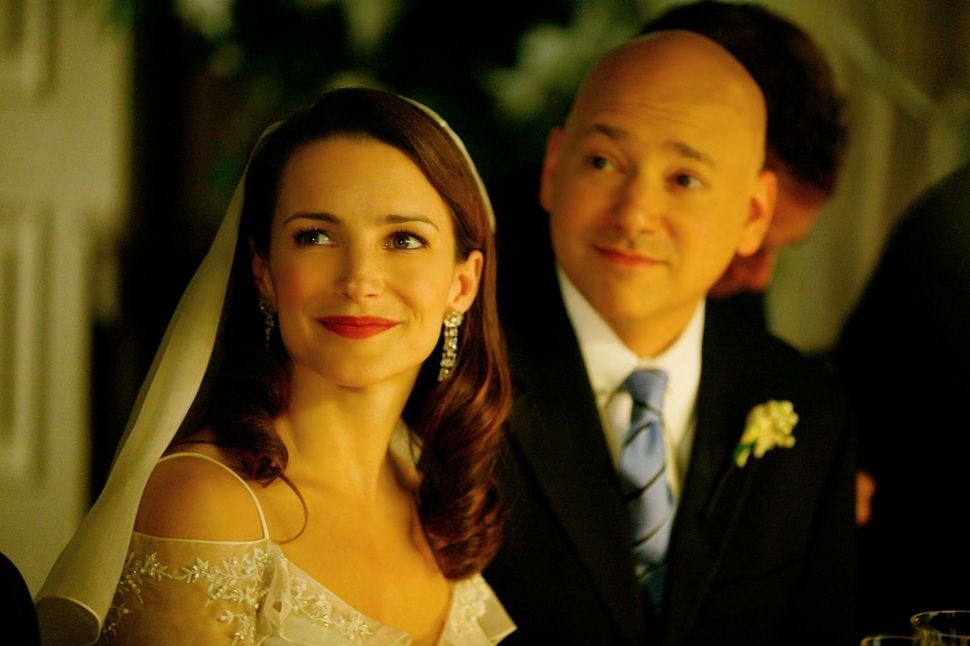 Carey Purcell’s confessional essay in the Washington Post — about being a Gentile woman dating Jewish men, only to be broken up with for Jewish women — has touched a sore nerve, evidently.

“Over almost seven years and two serious relationships with Jewish men who at first said religion didn’t matter — and then backtracked and decided it did — I’ve optimistically begun interfaith relationships with an open mind twice, only to become the last woman these men dated before settling down with a nice Jewish girl,” she wrote. “I can now say with certainty that I am tired of being a Jewish man’s rebellion.”

Purcell does get at something here.

There is indeed a long and complex history of Jewish men finding love beyond their community (cue Samson and Delilah), starting with the widespread use of the (very derogatory) term, “shikse”.

We took a dive into our Forverts archives — 120 years of American Jewish journalism — for a look at this issue in the past century.

Consider these clippings — fascinating glimpses into inner American Jewish life over the decades:

An 1897 front cover story tells the Shakespearean saga of a Louis Eisenstein (“of 1001 Washington Avenue”) who drank poison when his parents didn’t let him marry a Gentile woman. “The struggle between love and religion once again demands a victim,” the report says.

10/12/06 front page: “The Shikse Cost Him A Nice Inheritance” Image by Forward Association

Nine years later, love won over money in another front cover story titled, “The Shikse Cost Him A Nice Inheritance” (1906). Here, “Dr. Barney J. Dreyfus of 103 W 91st Street” fell in love with a Christian girl. His wealthy parents told him that as soon as he marries the “shikse”, he can stop expecting to receive a cent of inheritance. The young man was in love however, and paid them no mind. “Invitations to his wedding have been sent out.” 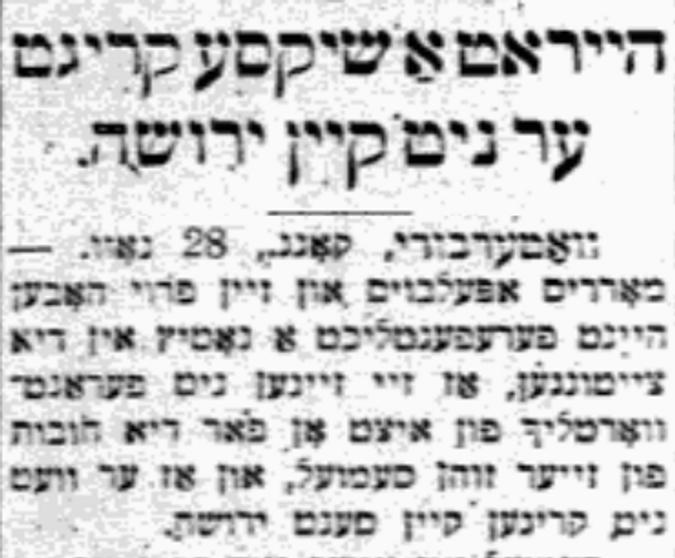 In 1907, Mr. and Mrs. Morris Apelboym published a notice that they relinquish responsibility for the debts of their son Samuel (married to an Irish woman) and that he won’t receive a penny of inheritance.

In a page 8 article titled, “Why Are You Unmarried?” (December 14, 1909), readers respond to this question with personal stories. One reader, writing under the initials “S.B.R.”, tells about his romance with a Christian girl, and though his parents forbade the match, the two lovers promised to never marry anyone else. “I have no hopes of happiness,” he writes. “I feel like I’m between two fires. Would I marry her, I would lose my parents…but to lose her is to lose my whole life…We have to do what fate has dictated for us. We swore an oath that we will never marry. Ten years have passed, and I am keeping to it.”

A Bintel Brief from 1952, comparing intermarriage to Communism. Image by Forward Association

As Jewish immigrants began to succeed in America, they began to assimilate. Over the years, the Bintl Brief — the Forverts’ iconic advice column — increasingly answered questions about intermarriage. In 1920, a Jewish woman wrote about her Jewish husband falling in love with a Gentile, eventually leaving his wife and running off with their children. In 1939, an Orthodox couple wrote in about their son, a university professor, who is in love with a Gentile woman. In 1951, a submission asked how to treat one’s intermarried child. Interestingly, one 1952 ‘Bintl Brief’ compares intermarriage to communism, as both travesties in the Jewish community — just a year before the Rosenbergs were executed. 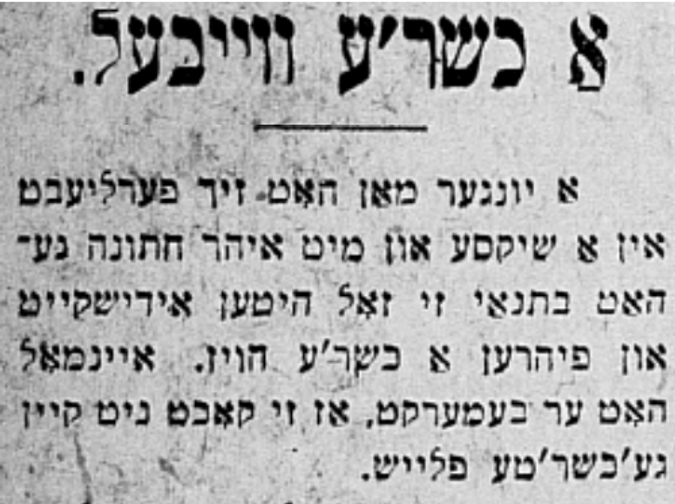 Advertisements seemed to address the prevalence of Jewish men marrying Gentile women. One text ad in particular, ‘The Kosher Little Lady’ (October 8, 1922), advertises kosher tea to the Gentile wife who cluelessly serves treyf to her husband.

In 1927, a profile of Ephraim Friedrich tells the story of a former yeshiva student who dated a Gentile woman and afterwards became an “anti-Semite ashamed of [his] own people”. Friedrich eventually became a very public convert to Christianity and a leader of a Czech Nazi group, and was later arrested on account of espionage. (Perhaps this story was a warning to readers? The dangers of stepping outside your community?)

A 1954 piece by Rivke Braun claims that more often Jewish men marry Gentile women than Jewish women marry Gentile men. According to Jewish mothers that Braun speaks with, this is because “Jewish girls are too demanding.” One young Jewish man said that “Jewish girls have too many plans and ideas about the wedding”, that they plan a “wedding as if it is a Rockefeller’s grandson they are marrying, and not a Jewish man with humble earnings”. He told of a Jewish girl mocking the car he drove, while the next evening he took a Christian girl out and she was excited to be there, “her face was beaming”. Ah, the stereotype of the high-maintenance JAP — it’s been around for a while. 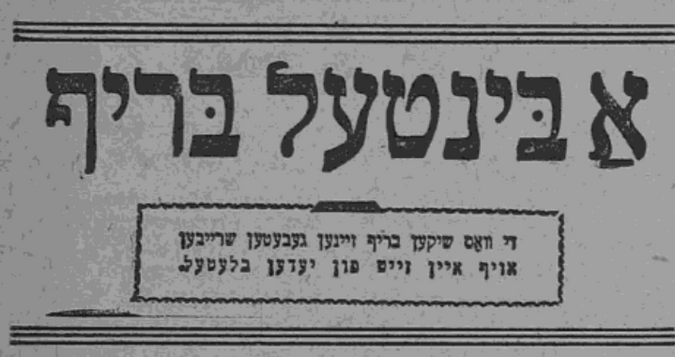 And in 1956, a Jewish reader wrote about his emotional turmoil when his own son married out of the faith. “Many rivers of tears and blood spilled from my eyes,” the father wrote. “But it did nothing.”

Research and translation by Chana Pollack.