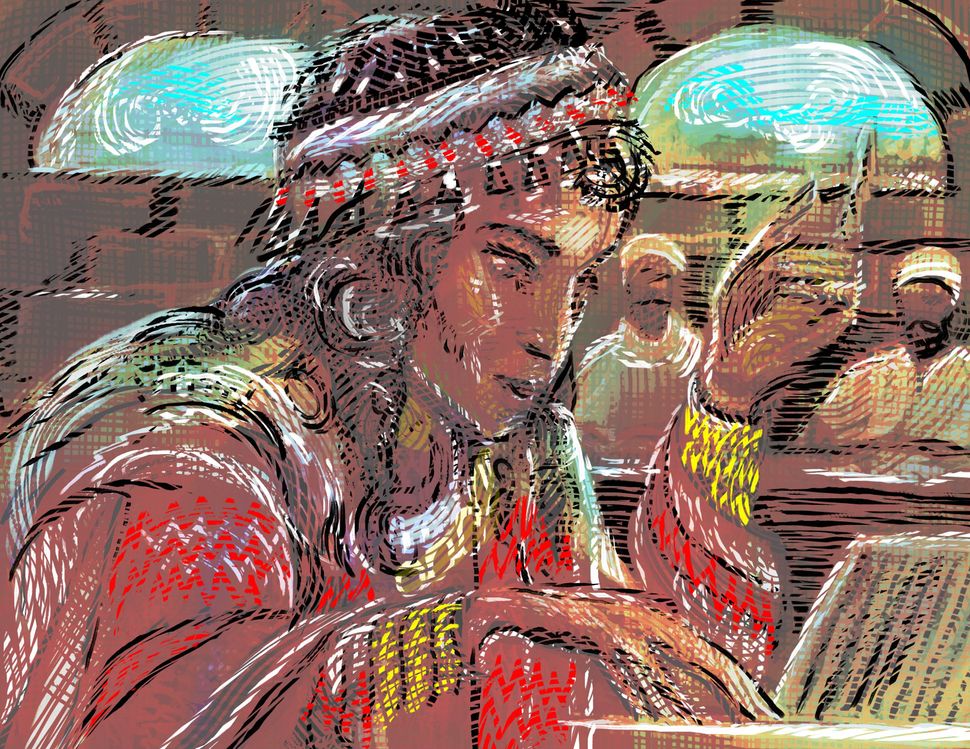 Who she was: Asenath Barzani

Where and when: 16th-century Kurdistan

What we know: Asenath Barzani was the daughter, wife, and mother of rabbinic leaders, but she surpassed them all. The brilliant daughter of a prominent rabbi and miracle worker, Barzani was so renown a scholar that in her marriage contract her husband was forbidden from preoccupying her with domestic work, so she could devote herself fully to Torah study. Together with her husband, Barzani took over her father’s yeshiva in Mosul. Her husband was an absent-minded scholar, and Barzani quickly became the public face of the seminary, running the day-to-day business of feeding the young men and lecturing them on the law. When her husband died young, Barzani became the de-facto spiritual leader of the Mosul Jewish community, instructing the community in law and ruling on daily ritual. She emphasized the importance of female knowledge of practical law, leading lectures on Sabbath and family purity to female audiences. Though she never received any formal rabbinic ordination, Barzani was revered as a “Tannait,” the feminine form of “Tanna,” a title bestowed on only the wisest of sages.

What she thought: There is little historical indication that Barzani’s unusually prominent role in leadership opened the public sphere further for women; however, that is more indicative of the reality of the patriarchal system in the 16th century than Barzani’s failure as a pioneer. Her greatest accomplishment was the ease in which she, as a woman, was a religious and communal leader and teacher to the next generation of spiritual leaders.

What else: Barzani was reputed to be a miracle worker, offering blessings to infertile women and children, and in one memorable legend, using the Hidden Name of God to save a vulnerable woman from attempted assault.