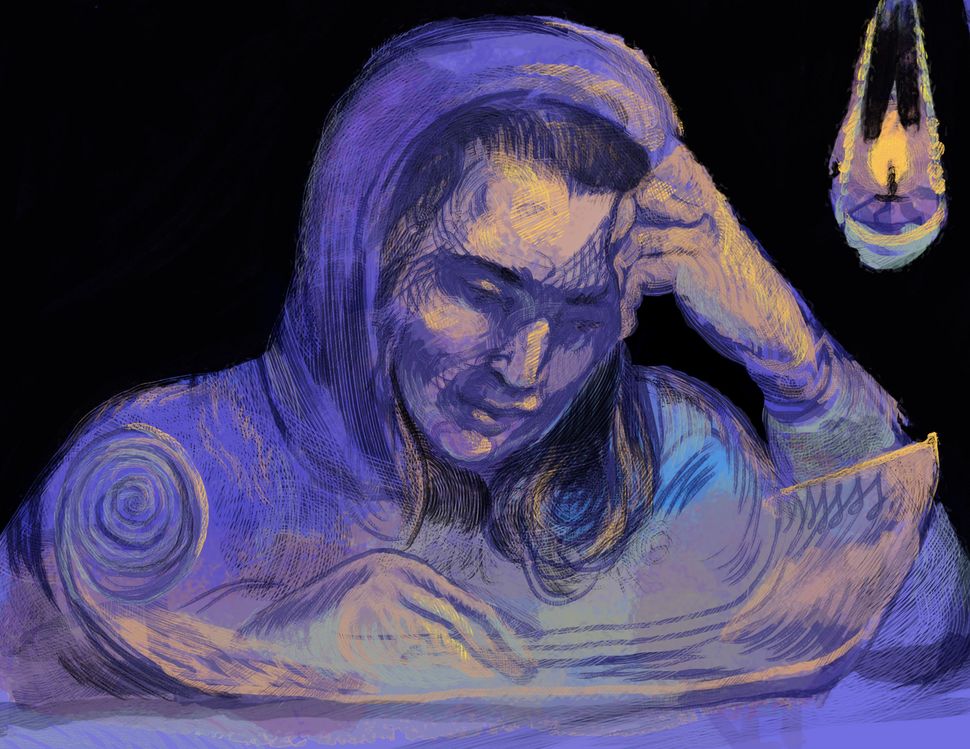 Who she was: Bruriah

Where and when: 1st-century CE Roman-occupied Judea

What we know: Though the Talmud numbers thousands of pages, it names perhaps only a dozen women. Of the hundreds of unnamed mothers, wives, and daughters who supported the rabbis populating the Talmud’s pages, Bruriah is one of the few whose name was recorded for posterity. Hailing from a prestigious rabbinical dynasty, Bruriah was married to the renowned teacher and miracle worker Rabbi Meir. She herself was a prominent scholar, who studied 300 laws in a single day, chided the rabbis for errors, and taught her husband to pray that the wicked repent, rather than suffer. She was so knowledgeable that the rabbis would consult her on the laws of purity and took her word as authoritative. Her later life is shrouded in mystery, but it is highly likely she and Rabbi Meir fled the Roman authorities to Babylon, where he aided Jewish women fleeing slavery. Today, there are religious schools for women in the United States and Israel named for her.

What she thought: Bruriah was undoubtedly held back by the grim realities of what life was like for women in her time. Much of her family was either murdered by Romans or sold into slavery; she lost several children; she lived in an era where few women were literate, much less fluent in the intricacies of religious law; and her legacy endured accusations by commentators several centuries of unfaithfulness as the proof of flightiness of women. All this goes to further the impression of a remarkably formidable woman moving through the exclusively male sphere of rabbis with the confidence that can only come with knowing she was right.