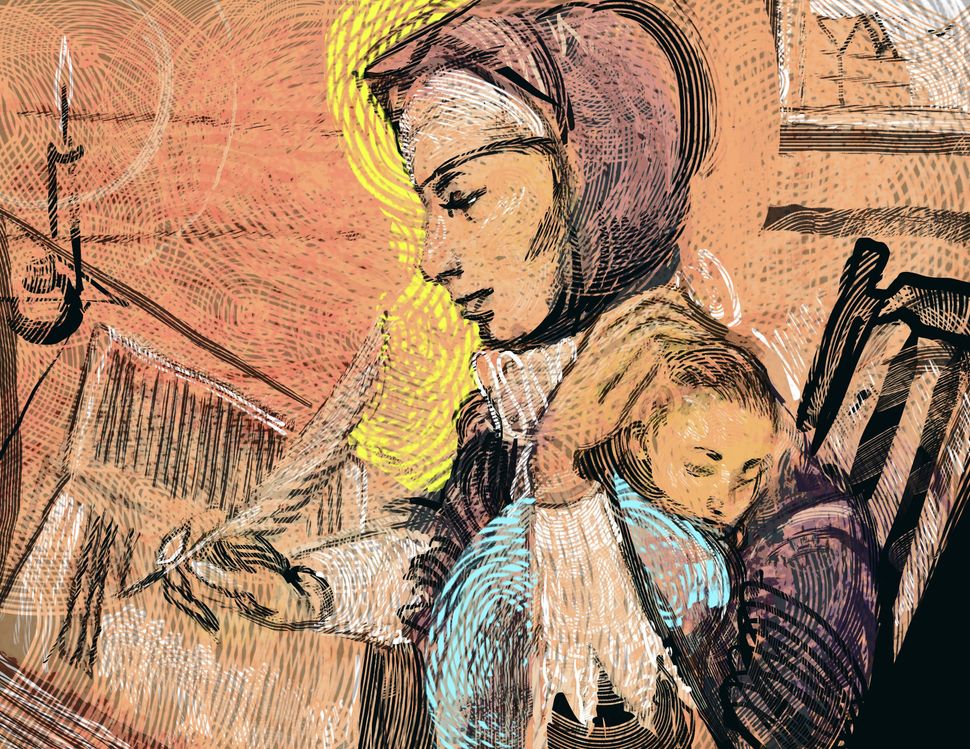 Illustration of Gluckl of Hameln Image by Yehuda Blum

Who she was: Gluckel of Hameln

What we know: Gluckel was a woman determined to have it all — in 17th-century Germany. Born to a well-off Jewish family in Hamburg, Gluckel learned about business at a young age: her father was a diamond trader, and her mother was an active participant in his work. Though Gluckel received some education, she married her husband Hayyim at 14 and delivered her first child at the age of 16. While bearing and raising thirteen more children, she also assisted her husband in his business trading gold and pearls — and when Hayyim died in 1689 she took over the operation, traveling all over Europe to continue his work. It was then that she picked up her pen.

What she wrote: In order to leave her children a record of their lineage and a guide to future conduct, Gluckel penned prolific memoirs, which are the first known Yiddish diaries written by a woman. In them, she discusses her childhood, marriage, ethics, and the moral code she developed as a mature woman. Tracing her own entrepreneurial spirit to her mother’s experience running a lace-making workshop, she advocates female economic independence — a radical concept for her time. Emerging as a quintessentially busy and opinionated Jewish mother, she also gave a deeply personal perspective on life for Jewish women in her era.

How she thought: Gluckel’s memoirs are notable for blending intimate recollections of everyday life with moments of spiritual transformation. The last volume ends with this scene: “In the month of Nisan, 5479, a woman was kneeling by the bank of the Moselle, washing her dishes. It was about ten o’clock at night, and of a sudden it became as light as day, and the woman looked in the Heavens, and the Heavens were opened, like unto a…and sparks flew therefrom; and then the Heavens closed, as one closes a curtain, and all was dark again. God grant that it be for our good!”