How to celebrate Shavuot at home 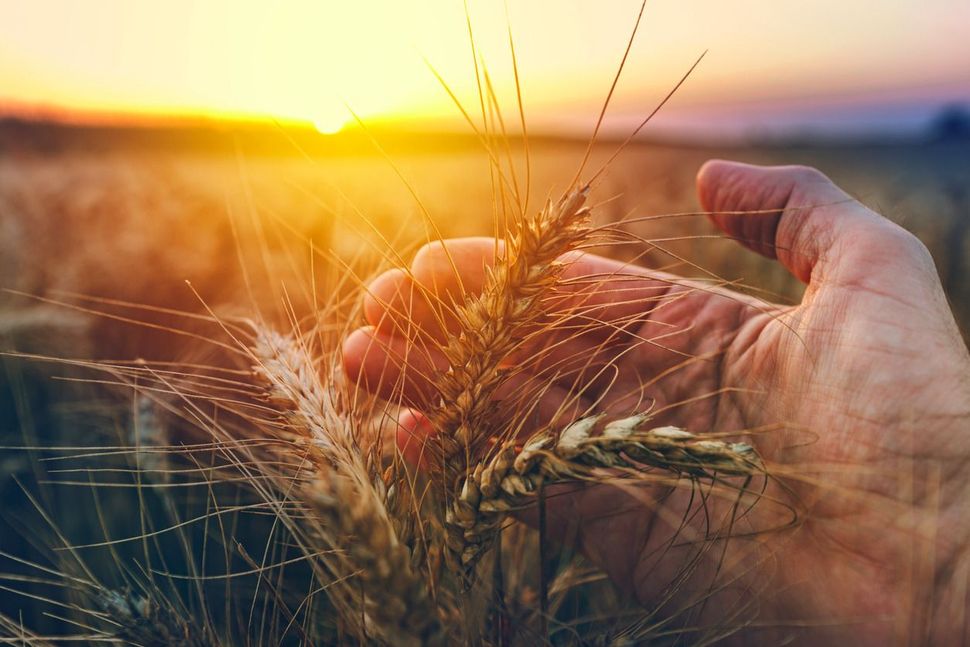 Many are spending Shavuot at home. Here’s how to make the best of it. Image by iStock

Although Shavuot probably originated as a pre-Judaic agricultural festival marking the first harvest, for Jews the holiday commemorates God’s gift of the Torah on Mount Sinai.

Shavuot takes place exactly seven weeks after Passover, on the day when, according to the Torah, God gave the Torah to the Jews. In ancient times, Jews combined appreciation for springtime abundance and reverence for religious texts by presenting the first fruits of the harvest at the Temple in Jerusalem.

Shavuot also is a time to celebrate the Biblical story of Ruth, a young Moabite woman who married an Israelite and stayed with his family even after she was widowed, eventually converting to Judaism. Ruth’s bond with her Jewish mother-in-law Naomi is one of the Bible’s enduring female relationships, and her explicit choice to follow the Torah mirrors the Jewish people’s earlier acceptance of the text.

Shavuot celebrations have evolved a lot over the years — today, few people celebrate by making offerings of fruit and vegetables. But 2020 marks an especially big shift, as Jews across the world prepare to celebrate from their homes instead of with their communities.

Wondering how to celebrate while in quarantine? Here’s how to adapt Shavuot rituals for this unprecedented time.

Shavuot is all about honoring the Torah. One way of doing so is staying up all night (OK, for most of us, part of the night) studying it. The practice of sharing Torah study mirrors the communal gathering to receive the text thousands of years ago. Often festive and boisterous, these study sessions are called Tikkun Leyl Shavuot. Many synagogues structure their tikkunim as a series of classes which range from the serious (“Trauma and comfort at Mr. Sinai”) to the silly (“The Torah of Hogwarts”). Many lineups include a public reading of the Book of Ruth or a class devoted to its themes.

This year, institutions hosting tikkunim have transferred their programs online. You can find a roundup of nationwide offerings here. While the study-meets-sleepover vibe is impossible to recreate over Zoom, you can still share the night with your community and learn something new about Judaism’s central text.

Shavuot’s ancient origins as a nature festival are often overlooked, but there’s no better time to revive them than now, said Rabbi Deborah Waxman, the president of Reconstructing Judaism. “Our interpretation of revelation was laid over the first spring harvest,” she said. “One of the ways I’m thinking about [Shavuot] is to really pay attention to that natural connection. I’m planning to spend part of the holiday outside and bringing flowers into my house as much as possible.” 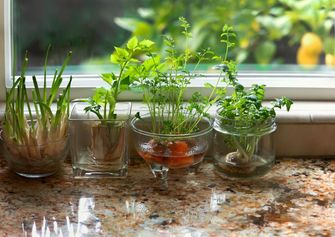 Celebrate Shavuot by starting a windowsill garden. Image by iStock

If you can safely spend time outside do so. If not, there are still ways to bring nature into your home. Eat whatever fresh fruits or produce you can get your hands on. Treat yourself to a bouquet of flowers or make fake ones from tissue paper or recycled water bottles with your kids. Or hop on the latest pandemic trend by creating a “victory sill,” or improvised home garden. Even tossing some old scallions into a glass of water and watching them grow can make springtime feel real and present in your home.

No one knows exactly why it’s traditional to eat milk and dairy on Shavuot. It might be a reference to a verse from Exodus that describes Israel as “the land of milk and honey,” or a reflection of the Israelits’ acceptance of the laws of kashrut: after receiving the Torah, they could not eat previously prepared meat and so turned to dairy instead. The custom may also reflect the abundance of dairy in the spring. Whatever the reason, said Jewish lifestyle blogger Rebekah Lowin, “it’s a good thing, because so many delicious things are made with milk.”

This may be one of the easiest Shavuot mandates to fulfill: if you’re like me, you’re already eating cheese at every opportunity. The trick is to differentiate joyful holiday consumption from furtive, guilt-inducing midday snacking. There are many ways to do this. 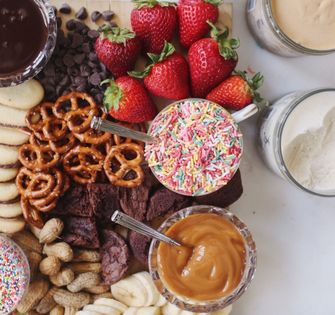 For American Jews, one of Shavuot’s most iconic dairy dishes is cheesecake. While traditional recipes can be daunting, Instant Pot and no-bake versions have changed the game for this tricky pastry.

But Lowin said you don’t have to be an expert baker to enjoy festive Shavuot sweets. Shake up your routine while supporting local businesses by ordering cheesecake slices from local bakeries and holding a taste test with your quarantine pod. Or elevate the act of eating ice cream by creating a DIY sundae board with whatever ingredients you have on hand.

The key, said Lowin, is feeling free to adapt holiday rituals for your own circumstances. After all, even the most entrenched traditions were once innovations. “It’s not like when the Torah was written people said, ‘Great, now let’s have some cheese cake,’” she said.

How to celebrate Shavuot at home