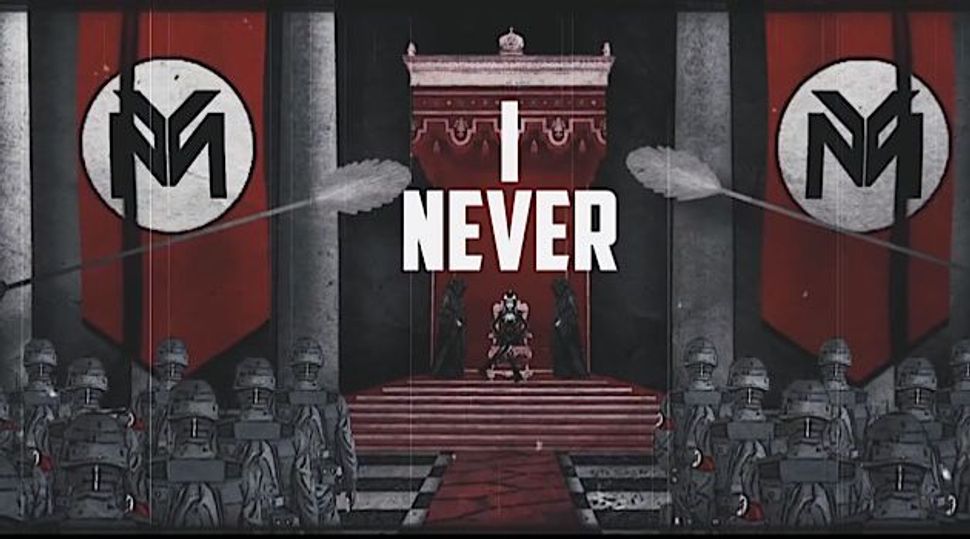 Soldiers With Red Armbands: The design of the music video for ‘Only’ by US-singer Nicki Minaj looks uncomfortably familiar. Image by NickyMinajatvevo / Youtube (screenshot)

Remember the public outcry in June, when a teenager from Alabama took a selfie in the Auschwitz-Birkenau concentration camp and posted it on Twitter? Or the swastika ring for sale by a third-party vendor at Sears but that was removed after multiple complaints? This year has seen its share of seemingly ridiculous headlines that might make some of us wonder whether Nazi symbols have entered mainstream culture. While there is no question that some of these incidents are seriously worrisome (such as the poster depicting the “Arbeit macht frei” [“Work makes (you) free”] sign from the Dachau concentration camp, sold at Wal-Mart’s online store, again by an independent seller), there were plenty of others in cases where the right reaction is much more difficult to figure out.

Just think of the photo from a press conference in Israel last July that shows Israel’s prime minister, Benjamin Netanyahu, with the German chancellor, Angela Merkel. Netanyahu’s finger casts a shadow on Merkel’s upper lip, making it appear as if she had a toothbrush mustache just like, yes, you guessed it, another German leader: Adolf Hitler. Sort of funny, right? Or maybe a bit unfair to Merkel, the first German chancellor to visit Dachau? Are we allowed to laugh about Hitler memes?

There is a growing cultural desire to laugh at Nazis. According to Gavriel D. Rosenfeld, a history professor at Fairfield University and author of the forthcoming book “Hi Hitler! How the Nazi Past Is Being Normalized in Contemporary Culture,” this makes sense: On the one hand, laughing at Hitler, Nazis and perhaps even the Holocaust renders the perpetrators and the atrocities they committed more tangible and makes them appear less omnipotent; on the other hand, however, it trivializes the horrors the regime committed.

Here are some “Nazi moments” that made headlines in the past year — and some thoughts on how to treat them.

Are We Being Paranoid?

If you thought that spotting a Hitler mustache on Merkel’s upper lip was a stretch, you might be shocked to find out where else people have seen Nazi symbolism. And this odd pastime has been around for a while: In 2013, a Michael Graves stainless steel tea kettle from J.C. Penney Co. was sold out in hours after posts pointing out a resemblance to Adolf Hitler’s mustache and side-parting hair went viral online. And more Nazi symbols were spotted this year. But were they actually there? There are people out there who are on the lookout for seeing Hitler at unexpected places, and they post their findings online. It can turn into a competition for the most creative application (consider the website dedicated to “Things That Look Like Hitler,” which has been around since March 2011) and, of course, attention and clicks.

Exactly how upset should we be about such news stories? “It’s a no-win situation,” historian Gavriel D. Rosenfeld said. It might be good to point them out so that Nazi symbols don’t slip into the mainstream — and then “before long, you’ll be in a place you don’t want to be,” said Rosenfeld. But there is the danger of crying wolf — so choose the focus of your anger wisely.

In worst idea ever, Zara sells shirt similar to that of Nazi camp inmates. On Israeli site too http://t.co/Kqs3PfXq31 pic.twitter.com/PRuEfn6Wsr

The blue and white stripes were horizontal rather than vertical, and the yellow star had “Sheriff” written on it. Nevertheless, the resemblance of the kids’ shirt by Zara to the garb worn by prisoners in Nazi concentration camps was too much for many. After widespread protests online, the Spanish clothing company apologized, saying it was inspired by the sheriff’s star in classic Western films. In August the company pulled the shirt from its collection. That was not the first time Zara had come under fire: In 2007 it removed a handbag depicting a swastika from its collection.

Wrap It in Swastika 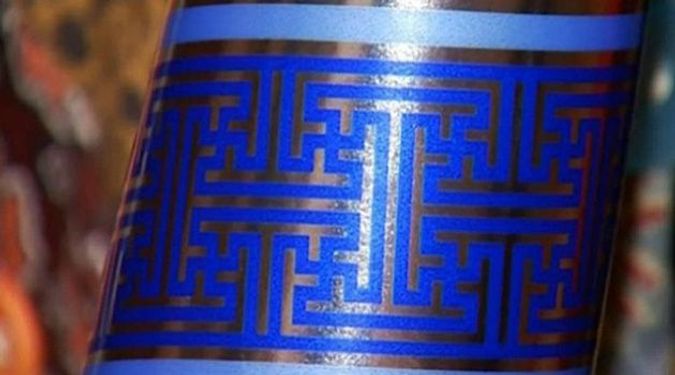 Spot the Swastika: A wrapping paper sold by Hallmark caused controversy because the pattern reminded some of the Nazi logo. Image by NBC4 Los angeles (screenshot)

You had one job, Hallmark, and you messed up, some say. It’s all exaggeration and overinterpretion, say others. Hallmark, perhaps best known for selling greeting cards, decided in December to remove a blue-and-silver wrapping paper from its collection. A Californian shopper had spotted swastikas in the pattern when she saw the wrapping paper in the, yes, you guessed it, Hanukkah section of a Walgreen store. Not even a statement issued in protest by the ProSwastika Alliance, a Las Vegas-based 501(c)(3), to support the “rehabilitation” of the swastika changed anything. And that’s a good thing. “Unless these [Nazi] symbols stay stigmatized forever, they will become part of the normal discourse,” Rosenfeld said. “That would be a huge mistake.” 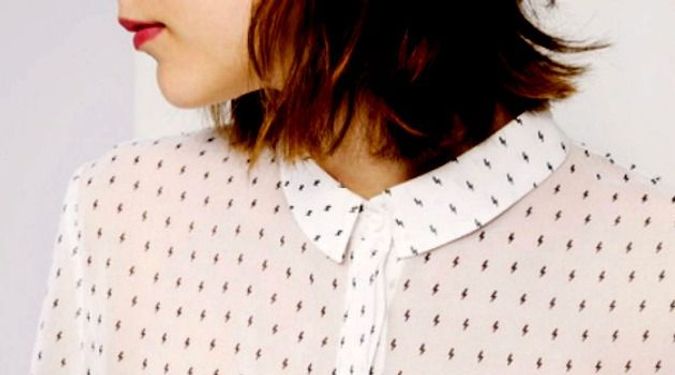 Nazi or Harry Potter? The pattern on this shirt sold by Mango reminded some of runic insignia used by the Nazis. Image by Mango

It was dubbed “Nazi chic” and the “Eva Braun collection” on Twitter in October: the women’s shirt “Rayo,” sold by the Spanish fashion company Mango and depicting lightning-like black symbols that look suspiciously like runes — used as the insignia of the Nazi SS unit and the youth organization Jungvolk. Mango apologized promptly, calling the association “unfortunate,” while commenters offered alternative associations: Harry Potter, AC/DC — or the weather report.

Hitler Is Still a Best-seller

‘Every time we laugh, it drops down a notch how seriously we take the entire topic,” Gavriel D. Rosenfeld said, adding that Hitler, Nazis and the Holocaust can guarantee “cheap” laughs that also make you cringe. For example, in a sketch in her film “Jesus Is Magic,” Sarah Silverman corrects her niece, who believes that 60 million Jews were killed in the Holocaust: “The difference is that 60 million is unforgivable, young lady.”

While it does matter who the messenger is (Silverman can do it because she’s Sarah Silverman), once potentially offensive content is freely available on the Internet, we lose control over it. Holocaust education can help make sure that young people understand the relevance of the past. And as for the attention-grabbing value of using offensive phrases, Rosenfeld admits that he is guilty of this as well: His book, after all, is titled “Hi Hitler!” But the alternative to causing controversy, Rosenfeld said, is bleak: “The only way to stop that was if we stopped caring because [Hitler] got exceeded in evil by a huger person.”

Is Nicki Minaj a Nazi? 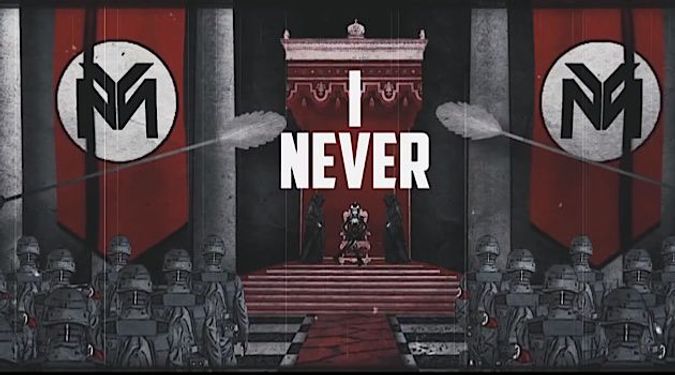 Soldiers With Red Armbands: The design of the music video for ‘Only’ by US-singer Nicki Minaj looks uncomfortably familiar. Image by NickyMinajatvevo / Youtube (screenshot)

Nicki Minaj’s music video “Only,” which also stars Chris Brown, Drake and Lil Wayne, shows soldiers in red armbands with logos of Young Money (the record label founded by rapper Lil Wayne) that look suspiciously like swastikas. It didn’t help that the video was released on the anniversary of the Kristallnacht pogroms, November 9.

Abraham Foxman, national director of the Anti-Defamation League, called it a “new low for pop culture’s exploitation of Nazi imagery.” Minaj apologized on Twitter: She’s sorry and she’d never condone Nazism in her art, and, by the way, the producer is Jewish. Not so shocking after all, because we all know that shock value sells. 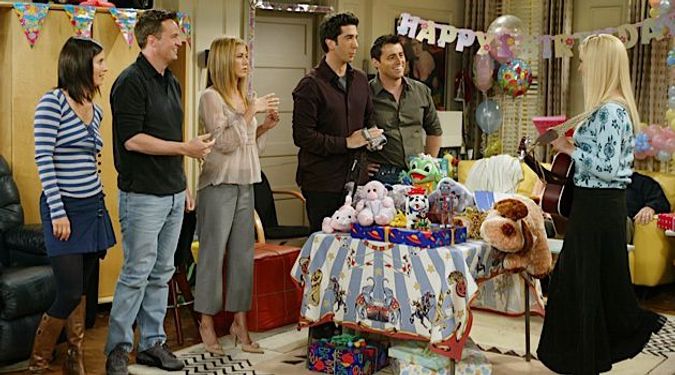 In March, the Spanish comedy collective “Marca Blanca” posted a Nazi mashup of the TV series “Friends” — complete with iconic theme song, logo (albeit changed to “Reich”) and footage of various high-ranking Nazi officials, well, being friends. It features Hermann Goering in an airplane and Eva Braun splashing in a lake. The video was viewed over 2 million times on YouTube — and there’s no way to know the proportion of people who watched it ironically.

How Hitler Are You? 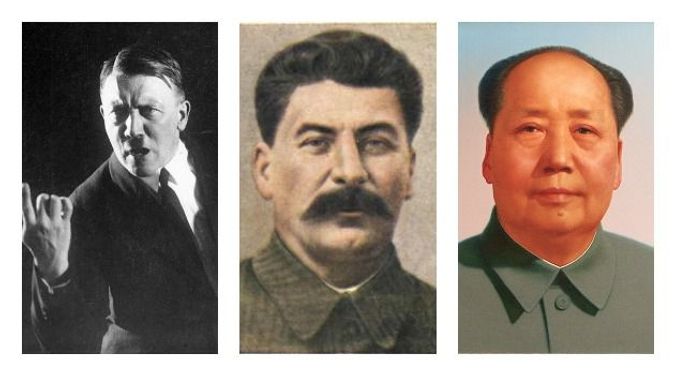 Can it Get Any Worse? In March, VICE magazine compiled a chart to determine the most ‘Hitler-ish’ person. Image by Wikimedia Commons

Chances are that you’ve heard someone comparing someone or something to Hitler in the past few days, right? If you’re annoyed by the use of the mass murderer’s name to show that someone is very, very bad, you’re not alone: VICE magazine doesn’t like it, either. In March the magazine compiled a convincing “Hitler Madness” chart that allowed readers to compare (almost) everyone who has ever been compared to Hitler, in order to determine the most “Hitler-ish” person. There were four categories (Dead People, Living Politicians, Not That Much Like Hitler and Non-Humans) competing for the trophy, with eight contestants each, ranging from Mao Zedong and Andrew Jackson to Vladimir Putin and Jesus Christ. VICE even offered some advice: “A good rule of thumb is to never, ever call anyone ‘Hitler,’ since you’ll end up apologizing and there are far more creative and specific ways to insult your enemies.” And the winner? Hitler, of course.

Headlines about a clothing store named “Hitler” in India, “Hello Hitler” T-shirts worn by teenagers in Venezuela and similarly odd “Nazi moments” from far-flung places might evoke a mixture of outrage (“How can they be so tasteless?”), fear (“Is this the next Nazi regime?”) and relief (“But at least it’s really far away”). Lack of knowledge of the Holocaust is certainly worrisome, but Rosenfeld is cautious: “It would be a little narcissistic to think that everyone at the global level should be as concerned about the ignorance about Nazism [as] those who gave rise to it and suffered from it.” After all, other parts of the world have their own issues; and how much exactly does the average American know about the Cultural Revolution in China, the Japanese massacre in Nanjing or the Kashmir conflict?

A propaganda video released in December by the Thai military government and meant to promote the core values vital for all students shows a student painting an image of Hitler. The message? That the insubordinate child is heading the “wrong” way and mocking his overly strict mother, of course. The only problem with this message? It’s not actually explained in the film. The video was pulled from YouTube. 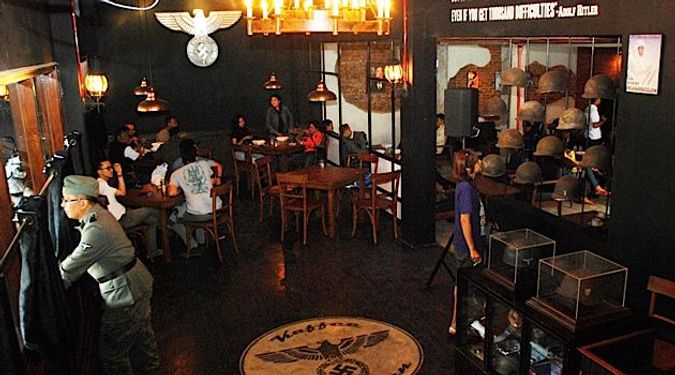 The Wehrmacht is serving again — in a cafe in Bandung, Indonesia’s third-largest city. The cafe, filled with Nazi memorabilia, closed last year amid protests and death threats to the owner, Henry Mulyana, and reopened in June. What’s changed? From swastikas and runes to quotations from Hitler, the Nazi theme is still pretty apparent — but now the collection also includes uniforms of the Allied forces. 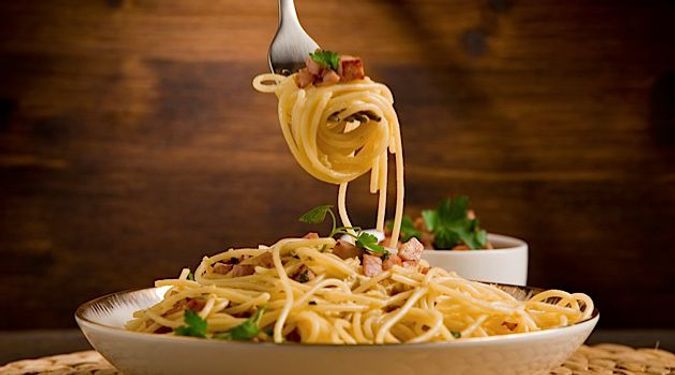 It came to the attention of German and Israeli representatives in Taipei in August that an Italian restaurant in the Taiwanese capital had spaghetti with the appetizing name “Long Live Nazi” on the menu. The reason the owner gave, Taipei Times reported, shouldn’t be all that surprising: to gain attention. And that the dish contained German sausage.