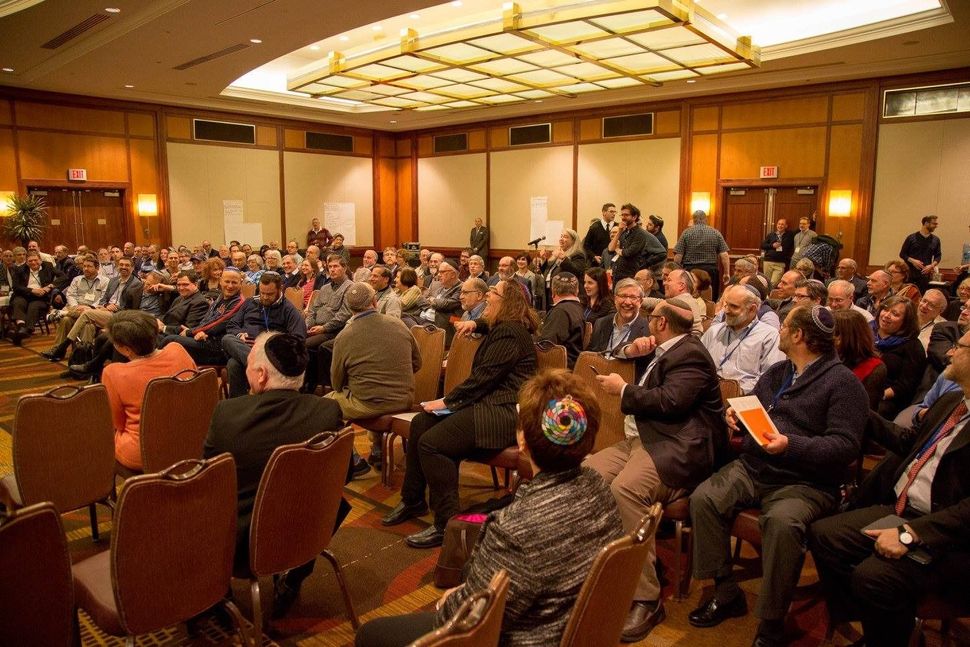 Once you’re a rabbi, you’re good for life — unlike a law or medical license, no central professional body can take the title away.

And while you can get the title from a Jewish seminary, such as Hebrew Union College (Reform), Yeshiva University (Orthodox) or the Jewish Theological Seminary (Conservative), there are thousands of rabbis (mostly Orthodox) who give private ordination.

So what’s to stop a rabbi from doing whatever they please in the name of Judaism, or in the name of their chosen denomination? Two words: rabbinical associations.

In the Conservative movement, the Rabbinical Assembly is the central membership body for rabbis — you need to be a member in order to be eligible for hiring by a Conservative synagogue.

Conservative Judaism is a movement that tries to blend modern life with adherence to halacha, or Jewish law. Nearly a fifth of American Jews identify as Conservative, according to the Pew Research Center’s 2013 Portrait of American Jewry. The movement’s central governing bodies have at times reinterpreted halacha in light of modern needs, such as allowing people to drive to synagogue on the Sabbath.

Conservative rabbis have relatively wide discretion on many questions of theology and practice. They can pick whatever liturgical style they please for services, and sermonize about whatever interpretation of the Torah they favor.

The standards are thus:

1. Jewish identity is determined by matrilineal descent or by a Conservative-sanctioned conversion process. This standard comes into play, for example, when a rabbi gives an endorsement of Jewish identity for use in procuring an Israeli marriage license or for attendance on a Birthright Israel program.

3. A rabbi can only officiate at a previously married person’s wedding as long as the previous marriage was dissolved in a manner according with halacha. In most cases, that means obtaining a get, an official document of divorce.

4. Conservative rabbis can only officiate at or participate in a wedding between two Jews.

These rules are operative in Orthodox Judaism is well, but they help make up the line that divides Conservative Judaism from Reform Judaism. In the Reform movement, Jewish identity can be passed on from the father as well as the mother. Reform Judaism does not require men to undergo circumcision during conversion. The Reform movement has held for over 100 years that divorce does not require rabbinic authorization. And Reform rabbis are allowed to officiate interfaith wedding ceremonies at their own discretion.

Of the four standards, the fourth is the most controversial, as Conservative congregants and rabbis express support for interfaith officiation with increasing enthusiasm. Confusion within the movement over the extent of the ban led the Rabbinical Assembly to convene a secret commission to determine whether rabbis are allowed to even attend interfaith weddings. For over 45 years, rabbis had assumed that to do so was grounds for expulsion. In October, the Rabbinical Assembly announced that rabbis are in fact allowed to attend interfaith weddings.

The Rabbinical Assembly has expelled at least one rabbi for officiating mixed-faith weddings. Seymour Rosenbloom, had been a member of the Assembly for over four decades when he was expelled in 2017.

“I don’t have animus toward the RA,” Rosenbloom said at the time “It’s a futile policy, a policy that will eventually be overturned because the trend of history is against it.”

Other rabbis have resigned over the issue. Amichai Lau-Lavie, leader of New York City’s Lab/Shul, resigned from the Rabbinical Assembly in 2017 after trying to gain support for a re-tooling of the Conservative movement’s halachic understanding of interfaith marriages. Rabbi Adina Lewittes, former assistant dean of the Jewish Theological Seminary, resigned over the issue in 2015.