A post-Yom Kippur apology: Sorry I don’t have anything to write about this week. 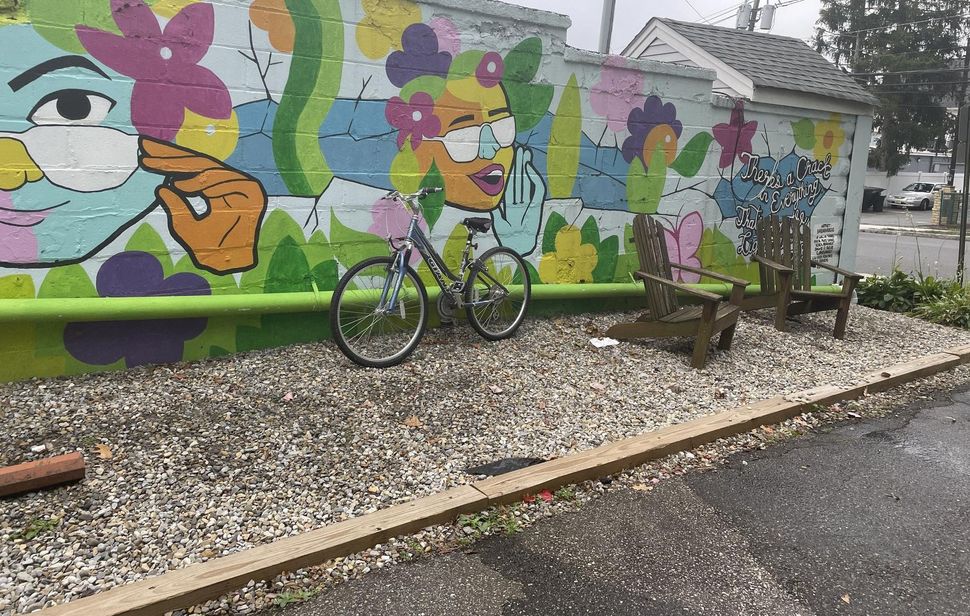 This is an adaptation of Looking Forward, a weekly email from our editor-in-chief sent on Friday afternoons. Sign up here to get the Forward’s free newsletters delivered to your inbox. Click here for a free printable eBook of fall holiday recipes.

I have nothing to write about this week.

Over the 15 months or so that I’ve been doing this newsletter, I generally start each week with a few possibilities. By Wednesday night, one solidifies — either there’s some big news, like Gov. Andrew Cuomo’s resignation or a new conflagration between Israel and Gaza; or something at the Forward to introduce, like our Bintel Brief podcast hosts or our editor-at-large; or something interesting happening closer to home — my work at a food pantry, my Zoom-mitzvah pride, my struggle to become a person who makes challah and other reflections on pandemic life.

But this was a week of trying to cram five days of work into three-and-a-half workdays because of the holiday. On Wednesday night, I was in shul for Kol Nidre. Now it’s the morning after Yom Kippur, and I’m a blank slate. I’ve apologized to my friends and family, confessed my sins, nullified my vows. And, well, I got nothing.

Yet here we are, newsletter time.

I thought about writing about the mural we put up next to our driveway a few years ago, and how I’m conflicted about the fact that some people see it and the Adirondack chairs we put in front of it as an invitation to loiter on our property. Actually I’ve been thinking about this for awhile — a meditation of sorts on the boundaries between public art and private space — and when I woke up Wednesday morning to find someone had parked their bike by the mural, I thought maybe the time was ripe.

The story of the mural is pretty great, actually. Though we live in suburban Montclair, New Jersey, our house is just behind an urban-style row of restaurants. When we moved in, the strip next to the driveway was filled with tall evergreens, to block the unsightly HVACs atop those restaurants.

But in the winter of 2017-18, heavy snows destroyed those trees. The cost to replace them was $3,500, and we didn’t even like them much. So we thought: what if we put up a mural instead?

The original notion was to have it made by students, so we reached out to the art teachers at Montclair High. Turns out seniors can spend their final weeks in an internship or community-service project, and two talented young women signed on. Their drawings were great, but their project-management skills were lacking, and they headed off to college without painting a stroke.

Lamenting our fate at the bagel place in that strip of stores, the husband discovered that the girlfriend of one of the employees — who lived just around the corner — was an artist. A few months and $500 later, we had the mural of multicolored faces and flowers, complete with Leonard Cohen quote appropriate to the imperfect wall: “There’s a crack in everything. That’s how the light gets in.”

I love occasionally arriving home to find a toddler and her parents looking at the mural up close, or people out for a stroll stopping to take selfies. We were thrilled when a teenage-filmmaker asked permission to use it for a scene in her horror movie.

But sometimes we find people sitting on the chairs eating lunch, and too often, we find their garbage on the river stones we paid handsomely to install. Now someone has left their bike, unlocked, for three days. Part of me is like, duh, if you build it, people will come — you didn’t have to put the chairs out there. Another part says, umm, get off my property — people don’t go sitting on chairs on people’s front lawns or porches.

The problem with writing about the mural is … that’s all I’ve got. Four paragraphs, no Jewish angle unless you count the Cohen quote, and no conclusion — I don’t know where I actually come out on this invisible public-private boundary.

Another column I’ve been waiting to write is about how I’ve taken to reading young-adult novels instead of grown-up ones. But I ended up using the brilliant quote from one of these books about the meaning of readiness in last week’s newsletter about 9/11, so it felt like too much overlap two weeks in a row. You’ll have to wait a bit longer for my controversial attack on so-called Serious Literature.

I could write about why Sukkot, which starts Monday evening, is my favorite holiday. But it feels like I should save that for next week, when I’m fully immersed in all those things I love about Sukkot.

I thought, too, about the fact that the daily announcements from Montclair High School this week highlighted Hispanic Heritage Month, Suicide Prevention and Awareness Month, Constitution Day and the first day of autumn — but not, you know, Rosh Hashanah or Yom Kippur (never mind Sukkot).

Montclair High, you may recall, is the place that put the terrorist Meir Kahane into these same email announcements last spring for Jewish-American Heritage Month, causing something of an uproar. But, alas, it is the day after Yom Kippur, a time of forgiveness — do we really want to go there again?

I’ve been a reporter and editor pretty much since I was 13 years old, but this is the first time I’ve written what amounts to a weekly column. My predecessor Forward editors-in-chief proffered editorials on the political issues of the day, but that’s not how I think. So I write more personally.

Essays, not editorials. Reflections, not arguments. How some experience I’ve had relates to the week’s headlines. Or, perhaps more than anyone other than my parents really needs, something precocious my now-14-year-old twins have said or done.

It’s actually become something of a joke with my daughter. Every time something Jewish happens, on a TV show or on Twitter or in our actual lives (see above: Montclair High announcements), she’ll whisper (or text): Newsletter!

I love writing it. I love the dozens of emails I get most weeks with feedback from you, our readers. But it’s relentless: a fresh idea every week? That I’ll be proud to have under my byline? That’s made up not of reporting but of my own ideas?

Year ago, when I was deputy Metro editor of The New York Times, the author of the Big City column reported to me. She wrote not once but twice a week, a heroic pace. I remember telling her, look, if you’re going to write 100 columns a year, there need to be at least 10 that we’re super proud of, ready to submit for a prize. It’s OK if up to 10 columns we’d rather forget. As long as the other 80 are, you know, good enough.

I’ve thought about that mantra a million times since I started this newsletter. Now, I’ll make this addendum: once a year, you can write about not having anything to write about.

Did I mention Sukkot is coming? By me, that’s a weeklong festival of cooking and eating, so I thought I’d share this fabulous eBook collection of some of our favorite fall recipes.

And here are some highlights from this week’s Forward.

A post-Yom Kippur apology: Sorry I don’t have anything to write about this week.