‘One size fits all does not work’: Candidate for NY governor criticizes new yeshiva education guidelines 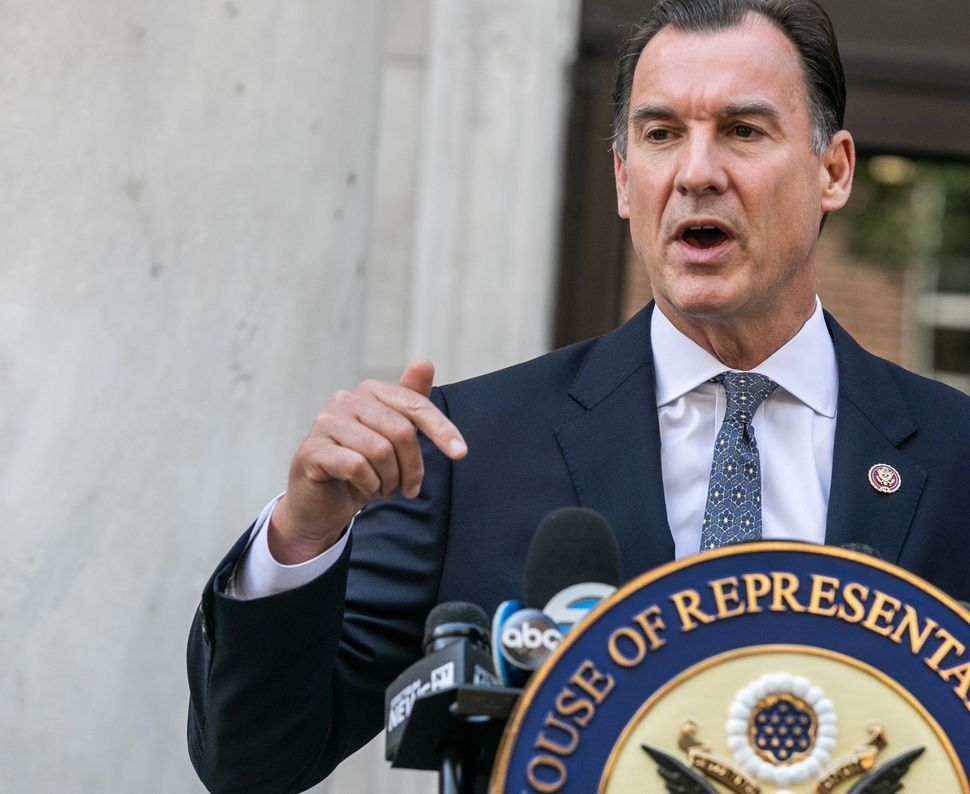 “Most yeshivas perform well,” Suozzi said in a recent interview. “One size fits all does not work.”

The regulations, expected to be presented to the Board of Regents at its monthly meeting on Monday, offers nonpublic schools several options to demonstrate that they meet substantial equivalency standards to public schools. A number of yeshivas were subject to an investigation in 2015 over inadequate secular education standards.

One alternative is to use tests approved by the state to show progress in core subjects like science, math and English.

Agudath Israel of America, an umbrella organization for Orthodox Jews, called the new guidelines a “positive development” but criticized the state for refusing to recognize the educational value of religious studies. The new regulations, the group said, “may result in yeshivas having to make major changes to their school day schedules to be deemed substantially equivalent,” describing it as “entirely unacceptable.” The Satmar Hasidic sect in Kiryas Joel, a village in New York, threatened to defy the new rules and create their own education system if the state enforces the regulations.

The proposal, subject to public review and expected to be voted upon in the fall, would allow the state’s commissioner, Betty Rosa, to investigate non-compliance and sanction them with loss of state aid if they refuse to accommodate.

Yaffed, a pro-secular education group founded by former yeshiva students and parents, called the state’s plan a “positive step in the right direction” and expressed hope that it would improve the process of ensuring compliance with the secular education requirements. “Knowledge is a birthright,” said Naftuli Moster, Yaffed’s founder and executive director. “Every child has the right to a well-rounded education.”

Moster said Suozzi seemed to “lack a basic understanding of the law” and the issue at hand. “An entire generation of American Jewish children in Hasidic schools are being deprived of secular knowledge, which is essential,” he said. Moster offered to meet with Suozzi.

Suozzi, who is competing for the support of influential Orthodox voting blocs with Kathy Hochul, the incumbent governor, said the state’s education department should avoid issuing mandates to yeshivas who are performing well and “try and help” others who fail. “New York has too many mandates, especially over education,” he said. “It’s more expensive and has not produced positive results. We should move from mandates towards guidelines, and when schools perform well, leave them alone.”

Last week, Hochul received the endorsement of about a dozen leaders of Jewish communities in heavily Orthodox neighborhoods in the Five Towns in Nassau County and Far Rockaway, Queens. Hochul, who took office last August following the resignation of former Gov. Andrew Cuomo, is seeking to solidify her standing in the polls and lock up more support from the state’s 1.8 million Jews ahead of the Democratic primaries in June.

In the interview, Suozzi said the endorsement is no different than others. “These endorsements are all coming from people who actually do business with the state,” he claimed.

He cast himself as the candidate of change with outsider status, and suggested that the new education regulations would be enforced by Hochul if reelected. “If you want that, then stick with Hochul,” Suozzi said. “If you don’t want that, if you want somebody who’s going to shake it up and not just do all the insider games of Albany, then I am your candidate.”

The Suozzi campaign has done some significant Jewish outreach and the candidate said that, while he’s in contact with many Jewish leaders across the state, he’s not necessarily pressuring them to publicly back his candidacy.

‘One size fits all does not work’: Candidate for NY governor criticizes new yeshiva education guidelines