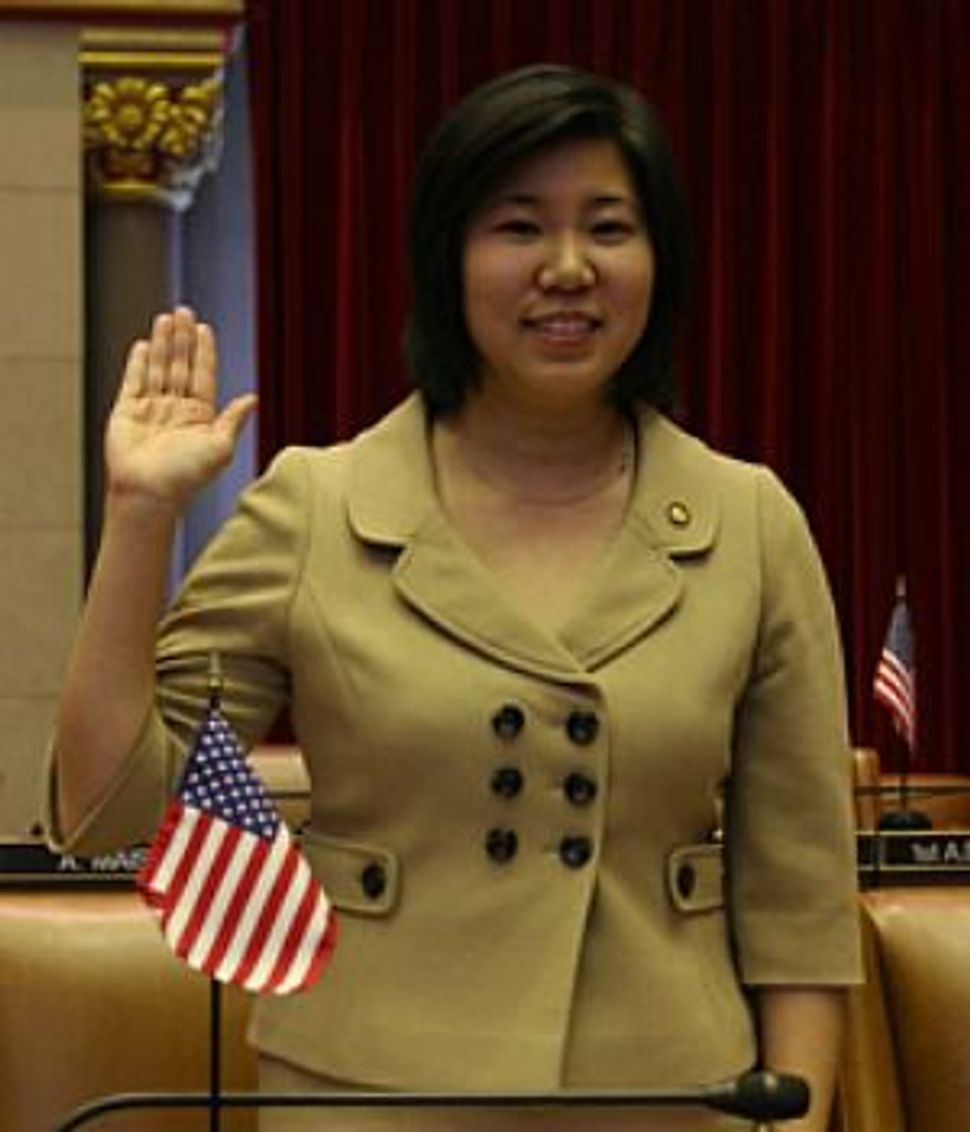 Meng is the New York City Councilwoman who won a Democratic congressional primary in Gary Ackerman’s district in Queens this summer.

In an op-ed in the Jewish Week yesterday, Meng suggested that President Obama “could have been — and still can be — a greater friend to Israel.”

The column channels Bob Turner, the Republican Congressman who last fall won a huge upset in a special election in a district that overlaps with Meng’s after Ed Koch declared that the race was a referendum on Obama’s Israel policy.

Especially since Turner’s victory, the hawkish pro-Israel line has been a constant theme in that corner of Queens. But it’s not a role that Meng played during the primaries.

Assemblyman Rory Lancman, who was trounced by Meng in late June, made a lot of his hard-right positions on Israel during his primary race. Lancman talked about Israel so much, in fact, that Councilwoman Elizabeth Crowley, another primary opponent, told him to cut it out.

Meng criticized Lancman at the time for a rather stunning mailer that featured an Israeli flag, what might be an exploding car, and the phrase, “It’s A Dangerous World.” Meng said it had scared her kids.

Now, however, with Lancman gone, Meng is moving in on the hawkish pro-Israel territory. So is her Republican opponent Dan Halloran, who announced a trip to Israel earlier this week.