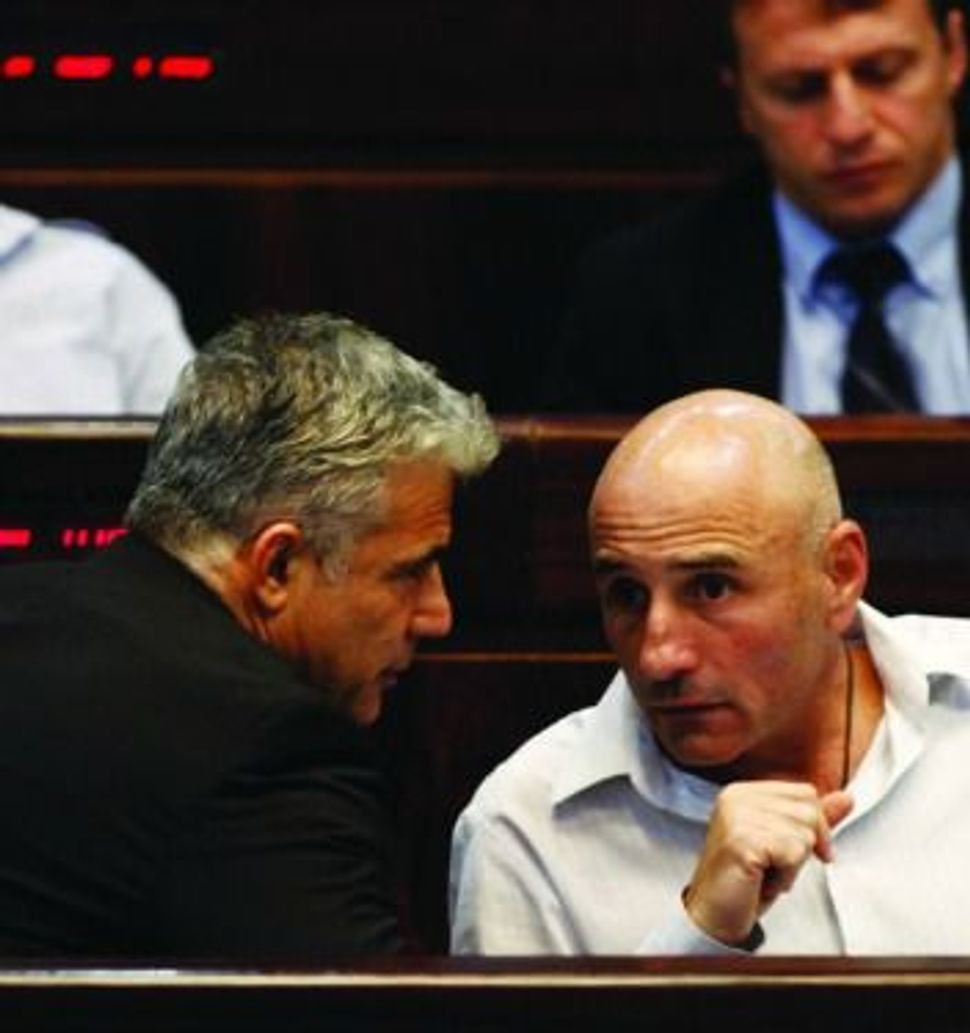 Benjamin Netanyahu is looking more and more these days like he’s preparing to take on the pessimists and nay-sayers and prove them wrong.

For most of the past year the cynics have been insisting that neither Netanyahu nor Palestinian Authority chief Mahmoud Abbas believes anything will come of Secretary of State John Kerry’s peace initiative — but that they’re both playing along with Kerry in hopes of avoiding be blamed when the whole thing collapses. It’s sort of like musical chairs — whoever ends up looking worse when the music stops will bear the brunt of very considerable European economic anger, and likely U.S. anger as well.

Lately, though, it looks like Bibi has given up trying and is now opting for Plan B: telling Europe, America and the rest of the world to go to hell. On a practical level, he seems to be doing everything he can to short-circuit the talks, blame or no blame. Most blatantly, he’s reported by aides to be planning an announcement of new housing construction in West Bank settlements, up to 2,000 units worth, in conjunction with this week’s Palestinian prisoner release. This despite Palestinian threats to walk and European threats to blame Israel and retaliate if that happens. Bibi spends a good deal of time and effort decrying those international moves to delegitimize Israel, which include some highly alarming European sanctions, but he shows little interest in blunting international delegitimization by nodding toward norms the rest of the world considers legitimate.

From the Palestinian viewpoint, the prisoner release was intended as a way for Israel to demonstrate a good faith commitment to mutual recognition — effectively acknowledging the other side’s fighters as combatants — but the new construction cancels it out by implying an unwillingness to end the occupation. Those close to Netanyahu say the new construction announcements accompanying each prisoner release — this week’s is the third since the peace talks began — are necessary to keep his right flank on board while he moves forward.

If construction were Bibi’s only negative signal, the sop-to-the-right argument might make sense. But it’s just one in a series. There is, to begin with, the fact that his two most senior ministers, Foreign Minister Avigdor Lieberman and Defense Minister Moshe Yaalon, have both stated repeatedly, in the most public manner imaginable, that they believe the peace talks have no chance of success and that Abbas is the problem and is no partner for peace. One of the main Israeli criticisms of Abbas, ironically, is that he frequently and his aides regularly accuse the Netanyahu government of actions that sabotage peace.

Bibi just named a new political-diplomatic adviser, onetime U.N. ambassador Dore Gold. Gold heads the Jerusalem Center for Public Affairs, originally a centrist Jewish-affairs research center that under his tutelage has become a right-wing think tank specializing in pessimistic analyses of Arab intentions and maximalist assessments of Israel’s territorial rights and security needs. Gold’s expertise is in crafting arguments to show that Israel’s enemies are intractable and its conflicts with its neighbors insoluble. That’s not the resume you want if you’re looking for someone to help you develop a strategy for resolving the conflict and achieving peace. That’s the resume of a consultant in methods of digging in your heels and resisting change.

Then there is Bibi’s rumored outreach to the Ashkenazi-Haredi United Torah Judaism party to join his coalition, as reported Friday in Maariv. The invitation — apparently rejected by UTJ, at least for now — appears aimed mainly at swatting back the growing restiveness of Bibi’s biggest coalition partner, Yair Lapid’s Yesh Atid party, by threatening to find alternative dance partners. Yesh Atid campaigned on issues of middle-class economic squeeze and Haredi military service, but its latest conflicts with Netanyahu revolve around personnel disputes that mask serious foreign-policy differences. The flashpoint is Lapid’s insistence on winning the chairmanship of the powerful Knesset foreign affairs and defense committee for his party’s Knesset whip, the very dovish Ofer Shelah. Netayahu wants the post for his longtime Likud (-turned-Kadima-turned-Likud) ally Tzahi Hanegbi. 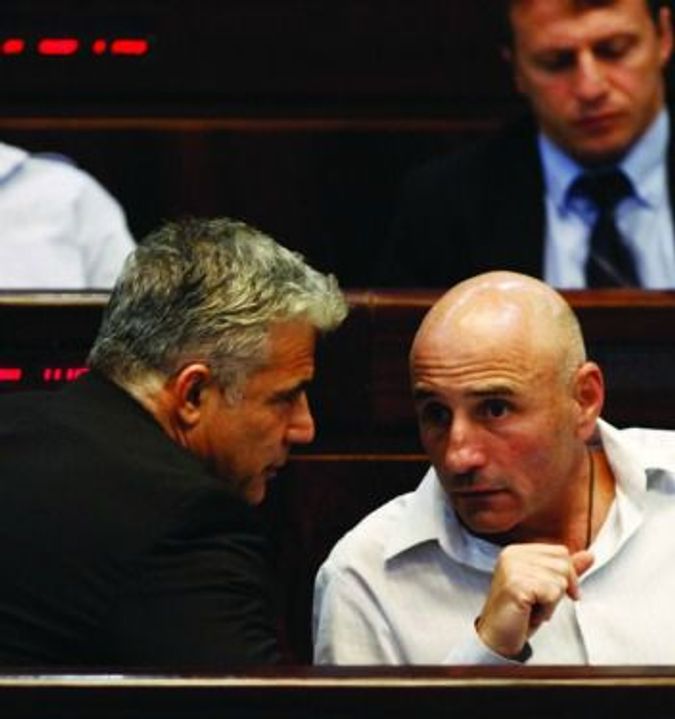 Yesh Atid maintains that the return of Likud-Beiteinu’s Avigdor Lieberman to the cabinet as foreign minister, following his November acquittal on corruption charges, changes the coalition balance carefully negotiated following last January’s election. With Lieberman’s return, Yesh Atid was technically entitled to demand that the Likud lose one ministry to avoid enlarging the cabinet. But rather than put Netanyahu in a politically impossible position, it proposed two half-measures: adding Yesh Atid science minister (and former Shin Bet chief) Yaakov Peri to the inner security cabinet and putting Shelah in charge of the Knesset security panel. For Netanyahu, that would have meant putting two of the coalition’s most dovish members in key defense policy slots. He flatly vetoed Peri; the Knesset committee post has been left vacant (and its work in chaos) for weeks while the fight remains unsettled.

In the few days Knesset speaker Yuli Edelstein has unilaterally made himself acting committee chair, declaring Hanegbi and Shelah chairs of the powerful subcommittees on policy and budget, respectively, and having them alternate in gaveling the full committee meetings. Just before the weekend, though, it was reported that Hanegbi had unilaterally taken over the budget subcommittee as well as policy, further aggravating Likud-Yesh Atid tensions.

Bibi’s talks with United Torah Judaism need to be seen in that context, then — as a warning shot across Lapid’s bow. And, given everything else we know, across Kerry’s as well.