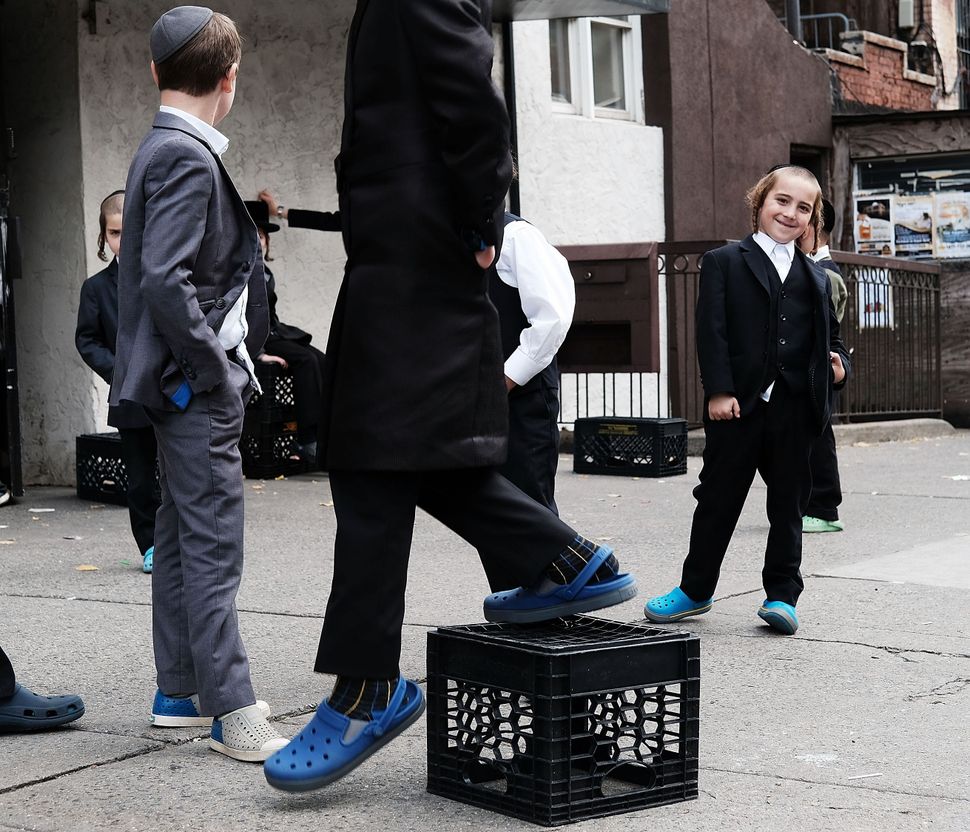 If you think Farrakhan is irrelevant, it’s likely because you haven’t been spat in the face or heard your children cursed in the street.

Watching the tepid response to the Women’s March Louis Farrakhan controversy, I can’t help but feel despondent. Even with a few voices in the Jewish media speaking out, many see Farrakhan as irrelevant and the mainstream media has been all but silent. Even progressive leaders who did denounce Farrakhan downplayed the severity of the issue and maintained their support of Mallory.

Perhaps people don’t appreciate why this is such an important issue because they do not personally experience anti-Semitism and have no idea how prevalent it is. I’ve gotten middle fingers in Johannesburg, been spat on in Durban, egged in Brooklyn and often walk over a swastika etched in the sidewalk near my in law’s home in Omaha, Nebraska. When I was in Yeshiva in Paris close to 15 years ago, anti-Semitic incidents against fellow students were a weekly occurrence, and many were violent. Today, it is far worse.

Stats show that Jews are on the receiving end of more hate crimes than any other religious group. But the official numbers don’t tell the full story. Every single recognizably Jewish person I know has experienced anti-Semitism, and yet I have never reported a hate crime and no one I know of ever has. “Visibly Jewish” people who wear a beard and hat, or a kippa and tzitzit, experience a huge amount of unacknowledged hate — arguably more than non-identifiable Jews.

I live in one of the most hip and liberal corners of the globe – Crown Heights, Brooklyn. Swastikas and anti-Semitic graffiti are commonplace, in alleyways, on subway platforms and public benches. I’ve been shouted and cursed at simply for being Jewish more times than I can count.

When I visited Crown Heights from South Africa for the first time at nine years old, teens taunted me and threw a basketball at my head point blank while adults (their parents, presumably) sat on a nearby stoop laughing. Coming from one of the most dangerous cities in the world, I was more afraid to walk the streets of New York than Johannesburg.

The Brooklyn version of anti-Semitism is directly caused by leaders like Al Sharpton and Louis Farrakhan. Almost three decades later, the myth that the Crown Heights riots were some sort of two sided race war caused by elitist Jews with a private ambulance and police service lives on. But the way we Crown Heights Jews see it, it was a pogrom against Jews incited by the likes of Sharpton who is still widely respected as a civil rights activist.

The same rhetoric that incited the riots causes us to hear our neighbors talk about Jews getting preferential treatment and robbing blacks of their houses. It is why our children are cursed on the street and called “f***ing Jews” who should “leave Crown Heights and go back where they came from” (my father was born in Crown Heights in 1951). These “irrelevant” anti-Semitic leaders are why you have kids throwing rocks at school buses and lighting them on fire.

That hate of Louis Farrakhan and David Duke is to be expected. But worse is when the media and social justice activists hypocritically ignore anti-Jewish hate, excusing and even lauding its promulgators.

When the ADL released a report saying anti-Semitism continues to be on the rise, one would be forgiven for assuming this was due to emboldened white supremacists and the “alt-right” in the age of President Donald Trump. But the increase was most dramatic on college campuses and at schools — predominantly the territory of the left. When progressive leaders minimize and are dismissive of anti-Semitism, that in and of itself is anti-Semitism, and it allows the hatred to fester and grow.

If it is too difficult for you to denounce a notorious bigot like Farrakhan, you’re not a social justice activist, you are a bigot complicit in the violence and hate he incites.

Leibel is a freelance copywriter living in Brooklyn, NY, with his wife and two children. Follow him on Twitter @squilled.