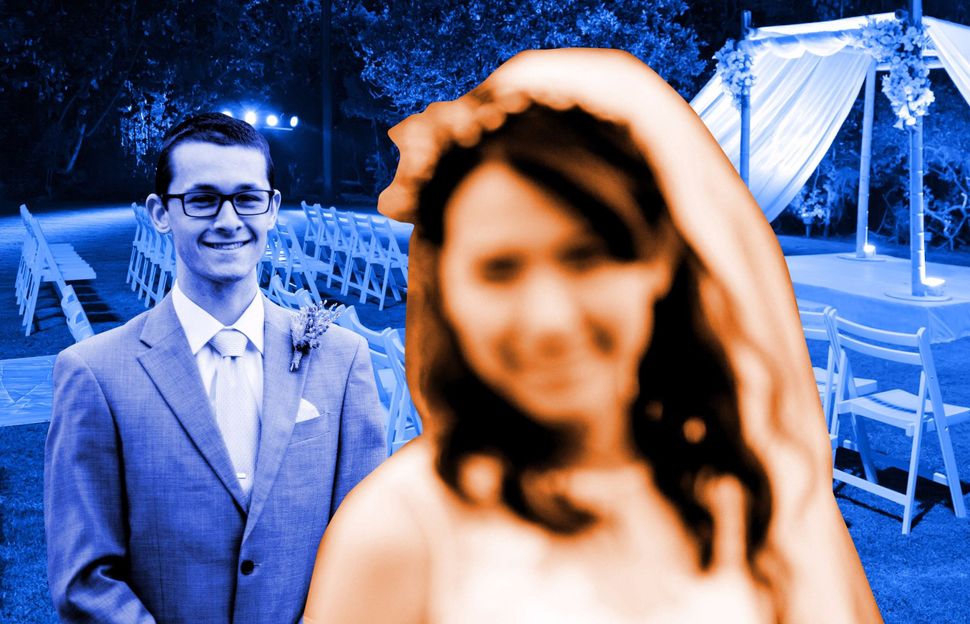 At a moment in which liberal leaning American Jews — that is to say, the vast majority of American Jews — are feeling dismay at the coziness of fellow demagogues Trump and Netanyahu, the appointment of Labor leader Isaac Herzog to lead the Jewish Agency (in a sharp break with tradition, in which the prime minister gets to install his own choice) should be a spot of good news.

As Herzog said, “The Jewish Agency is the narrow bridge that connects the State of Israel and the Jewish people wherever they are.”

So what to make of his very first remarks as J.A. head? Of all the great challenges American and Israeli Jews face, Herzog chose to emphasize … American intermarriage. In remarks on the YNET news TV show, Herzog recalled a trip to the United States where he saw his American friends anguished at their children’s choices.

VIDEO now with English subtitles: On the day he is named Jewish Agency chair, Isaac Herzog – Israel’s “Leader of the Opposition” for the last 5 years – slams romantic relationships between Jews and non-Jews in the USA as “an actual plague” for which he hopes to find “a solution” pic.twitter.com/NQMMOdUtSi

“I encountered something that I called an actual plague [magefa]. I saw my friends’ children married or coupled with non-Jewish partners … And we are talking about millions. And then I said there must be a campaign, a solution.”

It’s a baffling way to kick off his tenure as Diaspora liaison, framing the romantic choices of a majority of American Jews as a plague. But maybe Herzog was just trying to get his own shot in at Pulitzer Prize-winning, best selling novelist Michael Chabon.

A few weeks ago, Chabon was the guest of honor at the HUC-IJR commencement in L.A. where he delivered an excoriating address on the state of the Jewish people, using his own estrangement from Judaism as its most damning evidence.

Like the dreaded greyscale from “Game of Thrones,” Chabon said, the body of the Jewish people has been infected, fatally, with a moral rot, one emanating from the Israeli state, its insistence on an indefinite Occupation and the cover it gives to violent Jewish zealots.

In the face of the state’s intransigence, the only way out is total dissolution — of walls, of borders and of ghettos, of anything that privileges the separation of Jew from non-Jew.

Chabon drew a direct line between the inhumanity of the walls of Hebron and the wall that is built around the Jewish people when they insist on in-marriage as a sacred imperative. If in-marriage in any small way enables the continuance of the Occupation, even that, too, must go.

Whether or not you agree with Chabon or share his disgust with the walls which have been erected to protect the Jews of Israel, it was plainly clear why he was there: to talk about the Occupation.

This was his gauntlet laid down before American Jewry: He outlined, with a novelist’s sense of drama, hyperbole and empathy, the highest possible stakes of the Occupation and its continuation.

The speech created quite a stir, resulting in hysterical op eds from all corners of the Jewish world.

That the rest of the Jewish world focused almost exclusively on the intermarriage part of his speech is much more than an embarrassing reading comprehension fail; it points to a disturbing frailty in contemporary liberal Zionism and liberal Judaism. Rather than address the justified criticism of the Occupation, the Jewish community focused on Chabon’s less defensible allergic reaction to Jews marrying Jews.

If you can’t answer for Israel’s actual crimes, blame American Jews’ for their invented ones.

This is what one of the most prominent responses to Chabon did. Steven Cohen, Sylvia Barack Fishman and Jack Wertheimer published an almost 2,000-word op-ed response to Chabon in which the words Israel, Hebron or Occupation don’t appear even once.

Cohen, Wertheimer and Fishman are top sociologists and historians of American Jewry and the Conservative movement. They are the people who are consulted on projects like the Pew Research Center’s survey of American Jews. They issue papers and design studies and shape policy.

Their utter failure to understand what Chabon was talking about isn’t just a matter of being out of touch or gobsmackingly obtuse. Cohen et al. are what I call ethnopolitical entrepreneurs, a term borrowed from sociologist Rogers Brubaker. Their business is to create a sense of belonging among American Jews and to conjure a sense of separation between Jews and non-Jews, even when the functional differences between Jews and their neighbors are most likely to be negligible.

Given that the Conservative movement has suffered devastating loss of membership and crumbling of its institutions, how better to create a feeling of in-group cohesion than a crisis?

But the truth is, the number of Jews marrying non-Jews is a statistic. Framing it as a crisis is a politicized choice, one that frames marriage choice as more urgent than many other things, including illiteracy, poverty, and Israel’s Occupation to name just a few issues we might be focusing on.

In other words, the “intermarriage crisis” isn’t something Cohen et al. are fighting; it’s something they’re inventing.

What’s more, Cohen et al. cannot address Chabon’s actual point, that the Occupation is a moral rot at the heart of liberal Judaism, turning future members and leaders against it. To admit that Chabon is right about the Occupation would entail admitting that the leadership of liberal Judaism cannot live up to the ideals it has worked so hard to inculcate in its membership, ideals like social justice and the uniqueness of Israeli democracy.

It’s not just here in the U.S., it turns out. For Herzog performed that same pivot with aplomb on YNET. Herzog leads an opposition that has failed, over and over, to present a viable alternative to the appalling status quo of the Netanyahu government. No wonder he wants to talk about our supposed failures.

Just like Herzog, Cohen et al. have no answers to the increasingly angry questions from young people who are seeing that their ideals don’t match up with reality, so they’re desperately trying to shift blame.

All spring, the Conservative movement, and its crown jewel, the Camp Ramah network, has been fighting a losing battle with the fiery young activists of IfNotNow. IfNotNow has been asking to have information about the Occupation included in Ramah’s Israel education. After months of talks, Ramah sent a letter to its partners stating, “After listening to their views, we made it very clear to them that while liberal pro-Israel views on the conflict can be voiced and taught at camp, we do not allow any anti-Israel, anti-Semitic or anti-Zionist education at Ramah.”

Cohen et al.’s bizarre non-response to Michael Chabon is a symptom of a culture in which any mention of Israel’s Occupation is unacceptable, and the mere recognition of Palestinian suffering can be dismissed as anti-Semitic. Generations of young Jews who have had their Jewish identity shaped in Israel-centric places like Ramah are now learning that identity is so fragile that it cannot absorb any information that might contradict the worldview transmitted there.

Tragically, what we’re seeing now is Conservative leadership throwing away some of the most passionate members of its movement and perhaps its greatest chance at a new generation of leadership. Enragingly, the movement has decided to place blame out there, on the intermarriage bogeyman, instead of looking inward to a movement which has failed to educate, failed to create a compelling vision for American Judaism, and hung its future on a highly idealized vision of a very real, very flawed democracy on the other side of the world.

In a fitting touch of tone-deafness, Cohen et al. close their anti-Chabon screed with a single line from the pro-union classic “Which Side Are You On?” Written in 1931, amidst what came to be called the Harlan County War, “Which Side Are You On?” tells the tale of miners who put their lives on the line against the overwhelming power of mine owners and the state.

Were one to read just one verse further, it’s clear that that, if anything, “Which Side Are You On?” tracks far more closely to the fight to end Israel’s Occupation than to the call to choose Jewish spouses. That Cohen et al. assumed no one would question such an empty rhetorical flourish tells you everything you need to know about the state of liberal Jewish leadership.

Rokhl Kafrissen is a cultural critic and playwright in New York City.