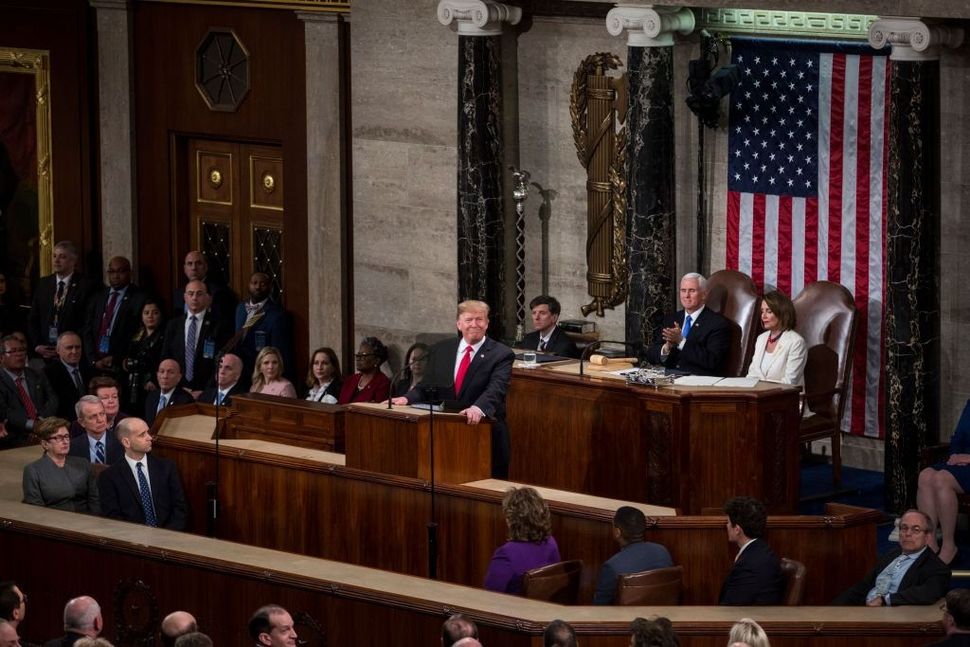 On Tuesday, President Trump addressed the nation with his second State Of The Union address.

His supporters loved the speech. His detractors hated it. Nancy Pelosi’s sarcastic-seeming clap became a gif.

#waybackwednesday – oh yes that clap took me back to the teen years. She knows. And she knows that you know. And frankly she’s disappointed that you thought this would work. But here’s a clap. #youtriedit pic.twitter.com/vUCX2uAUvv

The media had a hard time parsing “what does it all mean.”

They were ready to fact-check the speech but found themselves focusing on ridiculous things like whether Trump’s praise of the many women elected to Congress meant he was taking credit. The press still does not know how to handle this president. 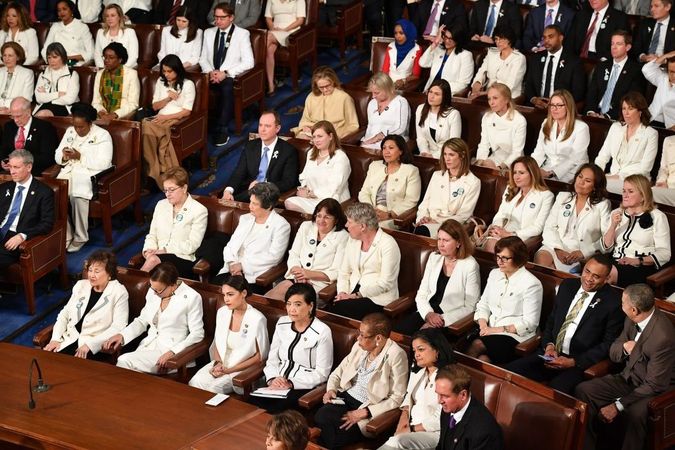 There’s been very little attempt to judge fairly anything President Donald Trump does or says. His supporters will love it and defend him to the death. His opponents, if they listen at all instead of taking the stance of “resistance” and ignoring his speeches altogether, will despise it all. Alexandria Ocasio-Cortez is their spirit animal, glaring through the speech.

For those of us in the middle, who neither love nor loathe the president, it’s an awkward dance of admitting this was a good speech, his best speech, but he can undo all of that with a tweet—and probably will.

It was the first time he had focused on American exceptionalism. For too long the idea of “Making America Great Again” had stood opposed to the idea that America was great already.

When asked if there was a time when America had been great, Trump pointed to the time period he focused on in this speech, the post-World War II years. In this speech he pointed to numerous events in our history and to great Americans like Buzz Aldrin, acknowledging their greatness.

For Jews, this was a speech that fully embraced them. When talking about the sanctions he imposed on Iran, Trump drew a line to Jew hatred everywhere.

“We will not avert our eyes from a regime that chants death to America and threatens genocide against the Jewish people,” he said. “We must never ignore the vile poison of anti-Semitism, or those who spread its venomous creed. With one voice, we must confront this hatred anywhere and everywhere it occurs.”

I was among those very concerned about the rise of anti-Semitism around Trump’s supporters during the election. I was disgusted by his “good people on both sides” comment regarding Charlottesville.

But it’s long past the time for Jews to admit that he has been not just “pro-Israel” but pro-Jew. If Ilhan Omar or Rashida Tlaib, who traffic in the same kind of comments and dog-whistles so often blamed on Trump, would dial back their own comments and say the kind of things Trump said Tuesday night, they would be rightly praised.

The guests at the State of the Union were meaningful, and lined up with that message. Trump pointed to Judah Samet, a Holocaust survivor who also survived the Tree of Life shooting in Pittsburgh. Trump told the story of Samet’s family being put on a train to be moved to another concentration camp.

“Suddenly the train screeched to a halt. A soldier appeared. Judah’s family braced for the worst. Then, his father cried out with joy: “It’s the Americans”” Trump said.

That line, the picture of the American hero, had been missing from previous Trump speeches. Yes, he acknowledges our brave men and women in uniform, but he has rarely connected that to the freedom and survival they have insured for so many around the world.

Trump is an isolationist. He’s America First. But the story of saving Samet’s family is one that can only be appreciated by people who aren’t America Only.

That’s the continuing trouble of Donald Trump. His supporters think they know what he stands for; his opponents think they know too. But he’s malleable in a way regular politicians are not, and it’s a continued missed opportunity for those who can’t acknowledge that.

The Donald Trump who took office did not seem particularly interested in criminal justice reform. But after meeting with people, like Kim Kardashian, who understood he is a man whose mind could be changed, Trump commuted the sentence of first-time drug offender Alice Johnson who was serving life in prison. Johnson was in the balcony during SOTU and Trump proudly pointed to her and thanked her for “reminding us that we always have the power to shape our own destiny.”

The good part about Donald Trump— that he can change — is also the bad part. He can, and will, lash out on opponents on Twitter. He will reverse himself.

But if he can be encouraged to stay the man he was on that stage, that would be a good thing for us all.