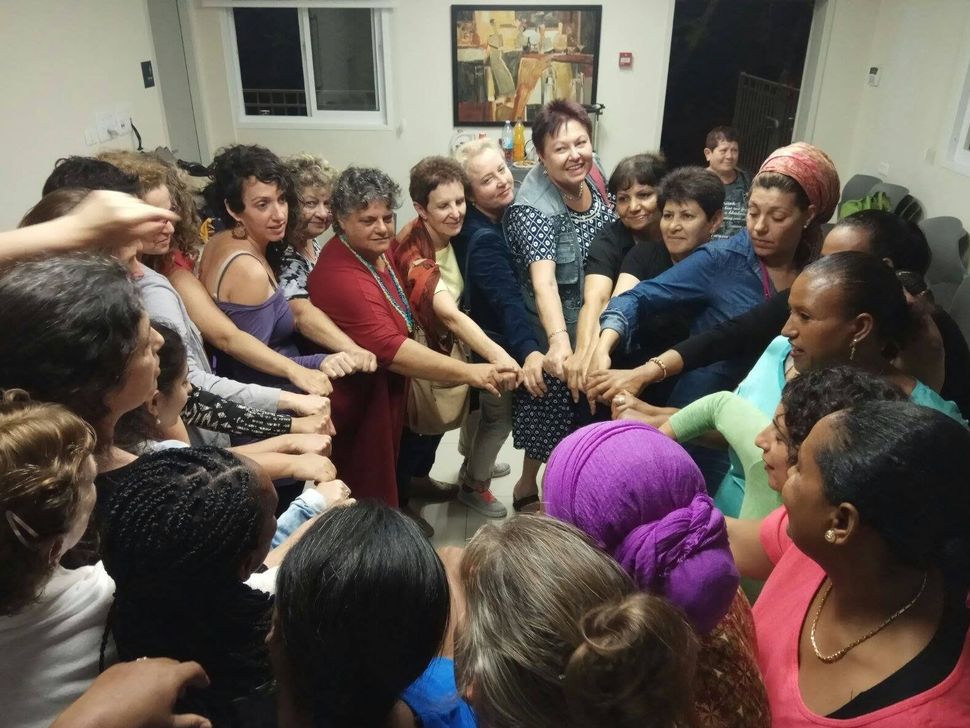 Varda Gil and women with whom she has worked. Image by Shoshanna Keats Jaskoll

For Varda Gil, this idea is more than just words; it’s a way of life, and she has devoted hers to cross-cultural efforts that force Jews and Arabs in Israel to recognize each others’ humanity.

Gil grew up in Masuot Yitzchak, in a Moshav Shitufi — a cooperative that falls somewhere between a moshav and a kibbutz, in a religious Zionist community built by people whose original villages had been captured and destroyed by Jordan in the War of Independence when it conquered what is now called the West Bank.

Gil’s parents left a pleasant life in England in the 1950s to help build the nascent Jewish State. “[For them] to be a Zionist is to be part of the community — in general,” she told me. “It was important to be with Am Yisrael, with everyone, and not separated into groups.”

It made a deep impression on Gil, now herself a grandmother of nine, whose career included working at the Israeli Ministry of Education’s Department of Youth and Community, where she wrote values-driven informal education programs to train youth workers and teachers in diplomacy.

But Gil has also made an avocation of connection people, taking part in programs that bring people together. Some are her own initiatives. Others are projects she has found through other people, such as the Parallel Narrative Project, which brings together Jews and Palestinians to learn about one another’s lives and narratives.

Sometimes, they simply share stories; other times profound things happen. One Arab woman started the program saying that she didn’t believe the Holocaust happened. After visiting Yad Vashem with the group, she said, “Ok, I understand, it happened.”

“It’s also important to see things with your own eyes and not just what’s on the news,” Gil said to me. “Seeing Palestinian villages, even refugee camps, was surprising. Many live very well, with big houses and nice cars. It’s not as bad as is often portrayed. Still the situation isn’t great and needs to be fixed. One of the Palestinians in the group said, ‘Even if everything looks black, we have to have hope that things will be better and we [in this group] are preparing the ground for it.’” 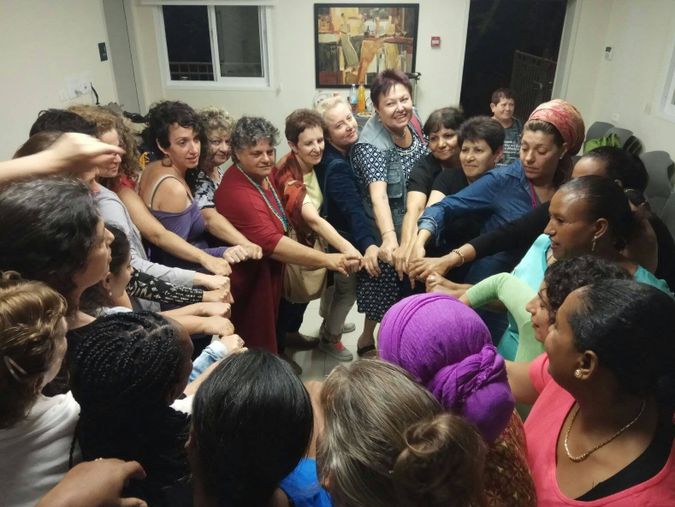 Varda Gil and women with whom she has worked. Image by Shoshanna Keats Jaskoll

Another project Gil participated in, called The Road to Recovery, has Israelis drive Palestinians in need of medical treatment from the military crossings to their medical appointments.

“The important thing is to talk,” Gil tells me. “To talk and see that no one has tails and no one has horns.”

Gil’s hometown of Pardes Hannah is the Wadi Ara area, where Israeli Jewish towns are next to Israeli Arab towns and not far from the Green Line. She initiated a project where Jews and Arabs who live close to one another, but don’t interact often, could talk while seeing local sights.

“At one point, it was during a large number of terror attacks,” she recalled. “One of the Arab women said that she and her daughters dress as non religious people when they go to the local health clinics so that no one suspects them of being terrorists. At the same meeting, an Israeli woman said that she is afraid to go to her Arab Israeli garage. We suggested that they accompany one another! It’s important to hear one another’s fears. To talk.”

A chance meeting of a local artist became the doorway into her new passion. Gil now works with Ethiopian women. After restoring a run down community club, she and local women raised funds via donations, selling food, holding community ceremonies and telling stories, for a “roots” trip to Ethiopia where Israeli women accompanied Ethiopian women to explore their histories. It was an intense and meaningful trip, with some women remembering memories they had repressed for decades.

Now Gil is raising desperately needed funds for her Adis Playback Theater Group, where 10 women — five Ethiopian and five from other backgrounds, from Yemenite to Swiss, meet weekly to confront various questions, including about identity, immigration to Israel, discrimination, and a woman’s place in society.

They use this form of interactive theater to influence and contribute to equality and tolerance in Israel. It is simply Gil’s way of continuing to build the country and community she loves based on the same values her parents instilled in her. 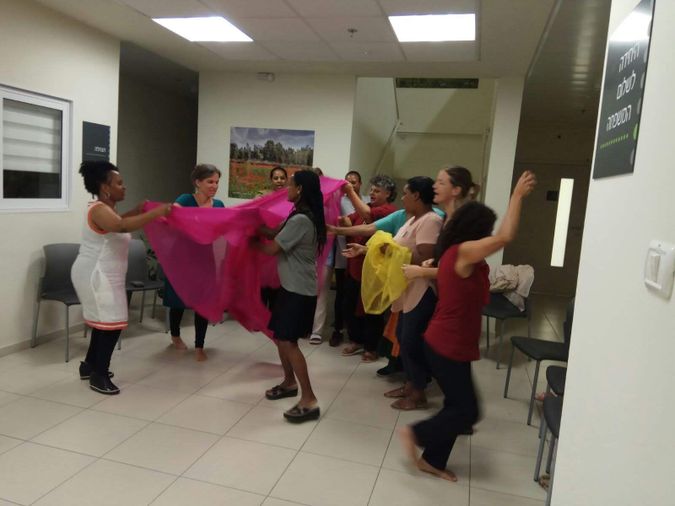 “I was thinking, in preparation for this interview, why I do what I do,” she told me. “And the only thing I could come up with is that I need it. It’s what makes me feel fulfilled and motivated.”